James Vince is an excellent captaincy option for this encounter.

Hampshire will take on Glamorgan in a South Group fixture in the Vitality T20 Blast tournament. This encounter will be played at The Rose Bowl in Southampton.

The Hampshire side is currently placed at 6th place in the points table. The outfit has emerged victorious in only 5 out of the 13 matches that it has played. They beat the Sussex side in their previous match by 6 wickets in a high-scoring clash.

Glamorgan has experienced a torrid campaign in the Vitality T20 Blast tournament. They have won only 3 out of their 13 matches, and are now languishing at the 8th place in the points table. In their previous match against Somerset, they were pummeled by 74 runs.

Captaincy Picks for HAM vs GLA

James Vince was at his savage best in Hampshire’s previous match against the Sussex side. He scored a blazing 102 off just 59 deliveries to help his side make light work of a target of 184. Vince scored 14 fours and 3 sixes in his knock.

Roman Walker produced a sensational performance with the ball for the Glamorgan side in their clash against the Somerset side. He bowled 4 overs, gave away just 15 runs, and also scalped 3 wickets as well. 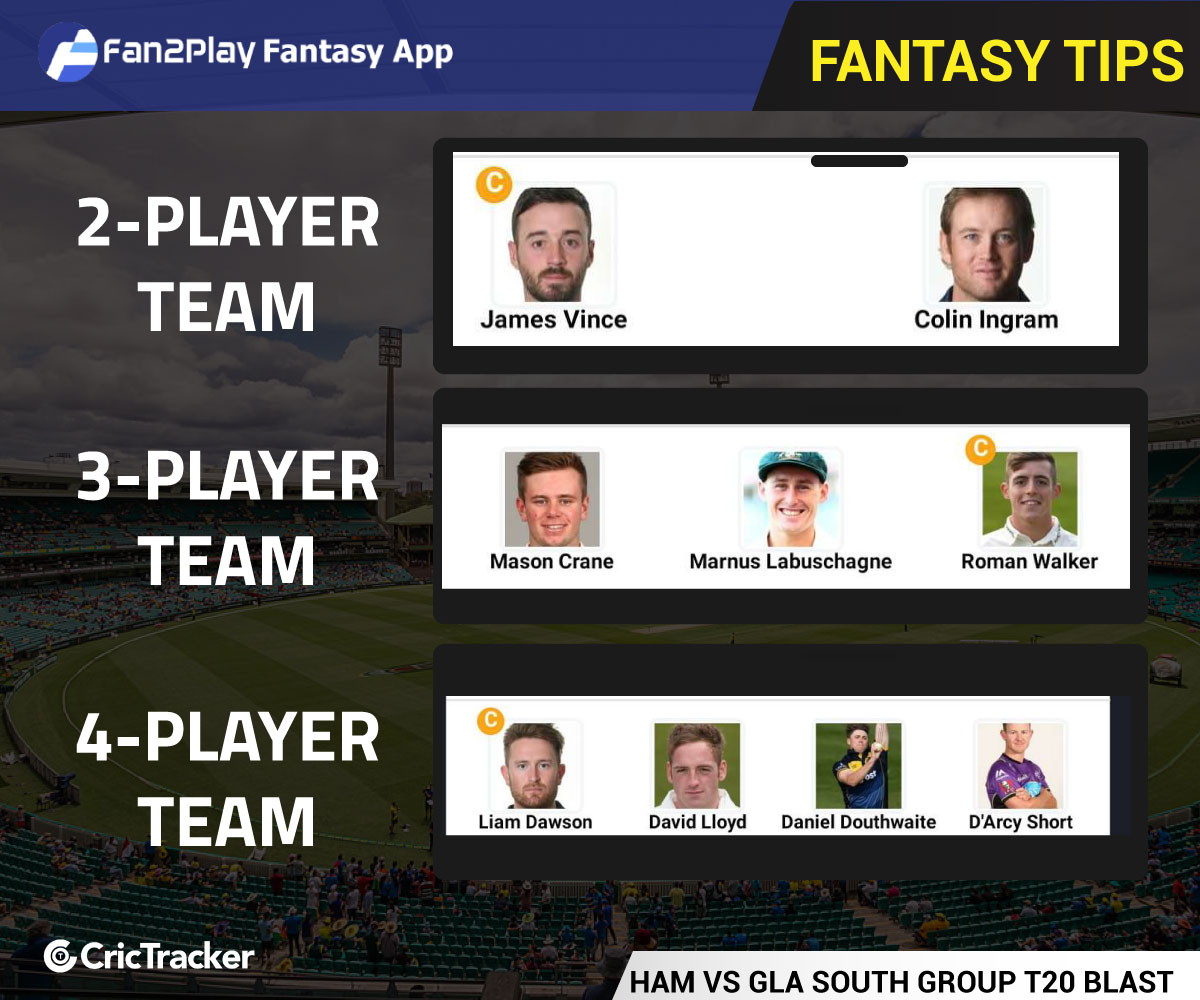 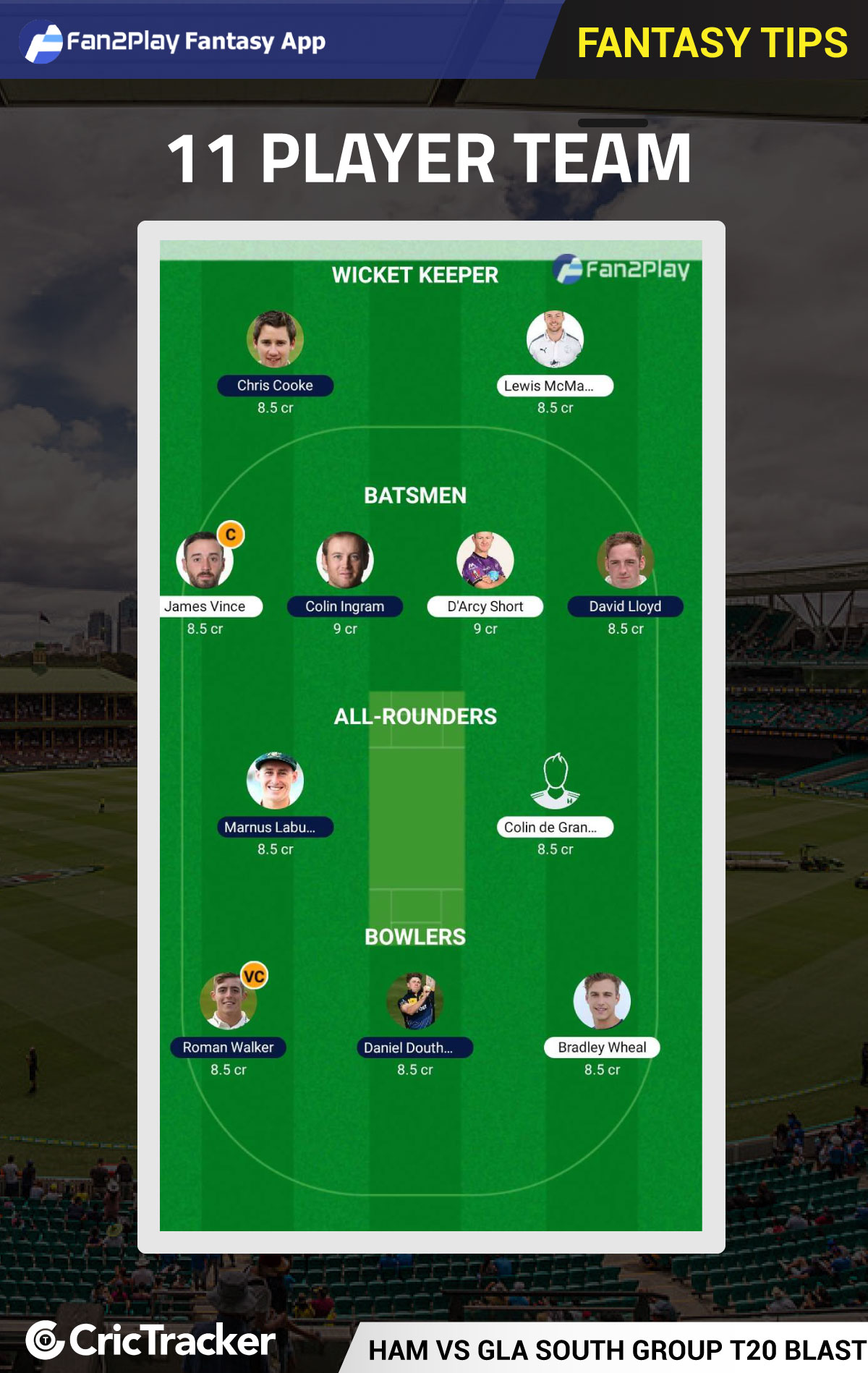