Ahmad Kawser is a good captaincy pick for this match.

The 27th match of the Stockholm T10 series 2022 will be contested on Monday at Norseborg Cricket Ground in Sweden. In the European Cricket Series, Hammarby is ranked second. From their two games, the team has one loss and one win. Stockholm Tigers, on the other side, are in first place in this series after winning both of their games. This match is anticipated to be won by Stockholm Tigers.

The Norsborg Cricket Ground has a batting-friendly surface that should help the hitters once more. The pacers will get little help, and the spinners will have to work hard for their wickets.

Also Read: Had I been picked by an IPL team, I wouldn’t have got any games: Cheteshwar Pujara

Arif Hossain With 29 runs and a 161 strike rate, he is his team’s leading run-scorer.

Hakeem Abdullah has taken 3 wickets at an average of 5. 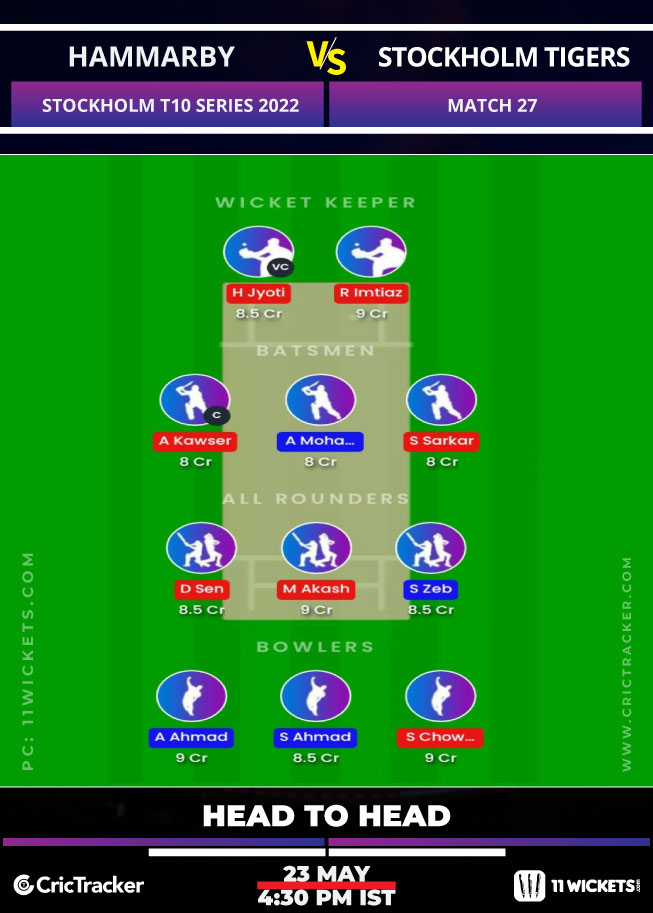 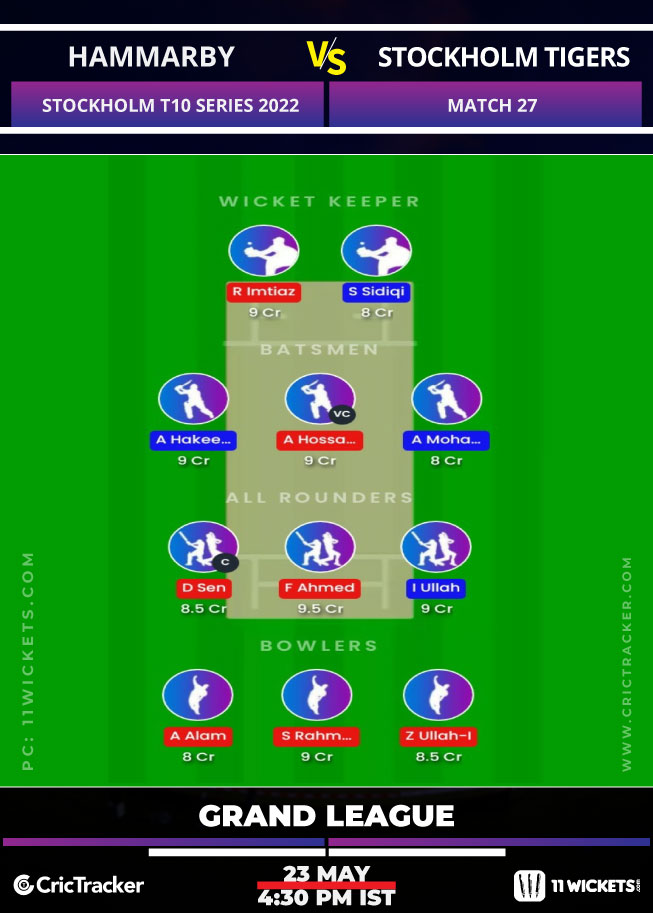