Devon Conway is a good captaincy pick for this match.

Hampshire will take on Somerset in a South Group clash in the Vitality T20 Blast tournament. This encounter will take place at The Rose Bowl in Southampton.

Hampshire and Somerset are at opposite ends of the points table in the South Group. The Somerset outfit has had a splendid campaign in the T20 Blast tournament and is placed at the 2nd place in the points table in the South Group. They have won 6 out of their 11 matches. In their previous match against the Middlesex outfit, they beat their opposition by 5 runs.

The Hampshire side has been totally clueless in the T20 Blast tournament. They are positioned at the last place in the table and have emerged victorious in just 2 out of their 10 games. They beat the Gloucestershire side in their previous match.

Captaincy Picks for HAM vs SOM

Tom Prest was the top scorer for the Hampshire side in their clash against Gloucestershire. He scored 59* at a strike rate of above 140 and helped his side beat their opposition by 10 runs.

Devon Conway provided a rollicking start to the Somerset side in their clash against the Middlesex outfit. He scored a pulsating 26-ball 45 at the top of the order. Conway will once again look to contribute some useful runs with the bat in hand. 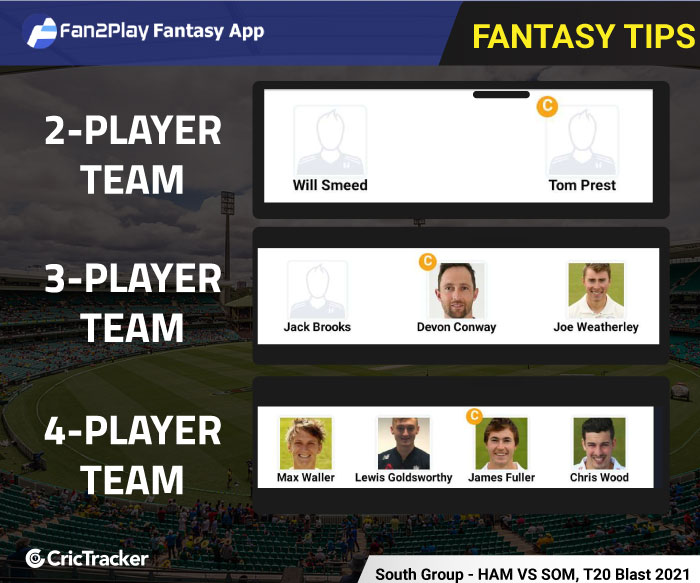 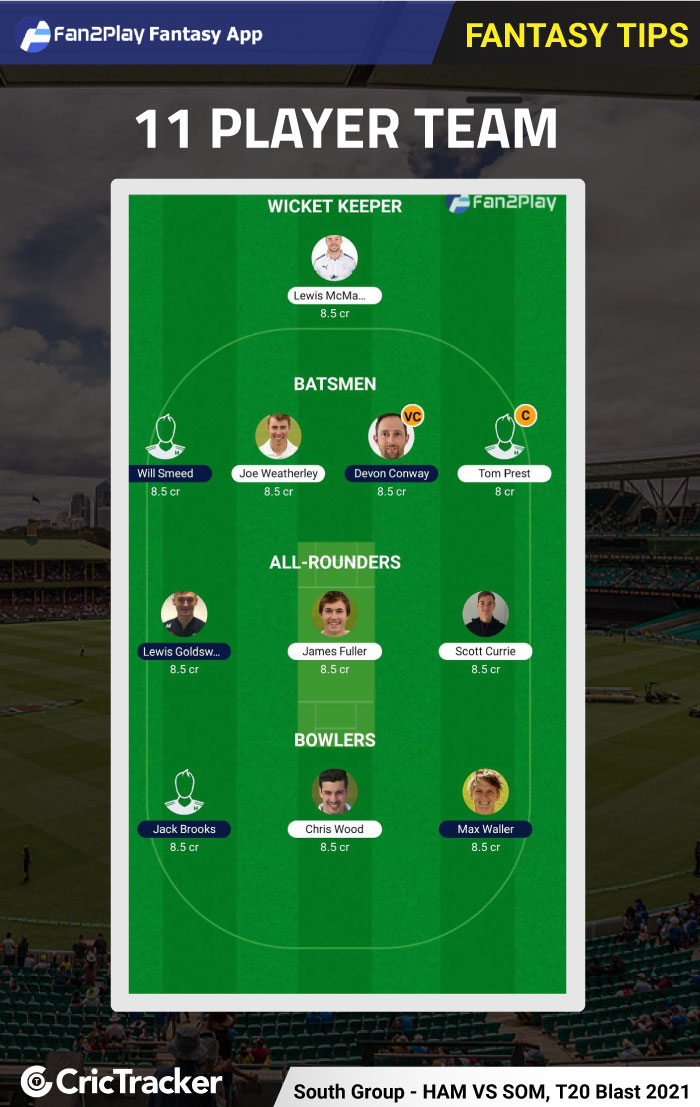