Luke Wright is a good captaincy pick for this clash.

Hampshire and Sussex will cross swords in the upcoming South Group encounter of T20 Blast 2021. This match will be played at the Rose Bowl in Southampton.

Sussex have been on a roll this season, and they would like to continue their purple patch. A major part of their campaign has been affected by rain, with five games being washed out. However, they have done well in the completed games, winning five and losing just two. Luke Wright’s men are currently enjoying a two-match winning streak.

On the other hand, Hampshire’s campaign hasn’t been that delightful. Having won just three of their 11 games this season, the James Vince-led side are currently reeling at seventh place in the team standings. Moreover, the return of Rashid Khan in the Sussex squad has made their job even more daunting.

Captaincy Picks for HAM vs SUS:

The Sussex captain has been at his prime this season and Hampshire bowlers must beware of him. Wright has been delivering consistently this season and his scoring rate is never on the lower side. So far, the veteran has mustered 213 runs in seven games with his average and strike rate being over 40 and 160 respectively.

Arguably the best T20 bowler, Rashid Khan is back in the Sussex and this is really not a great piece of news for the James Vince-led side. Rashid can restrict the run flow in the middle overs and his wicket-taking abilities are needless to mention. Not to forget, he can also contribute with the bat in hand. Hence, many eyes will be on the Afghanistan star. 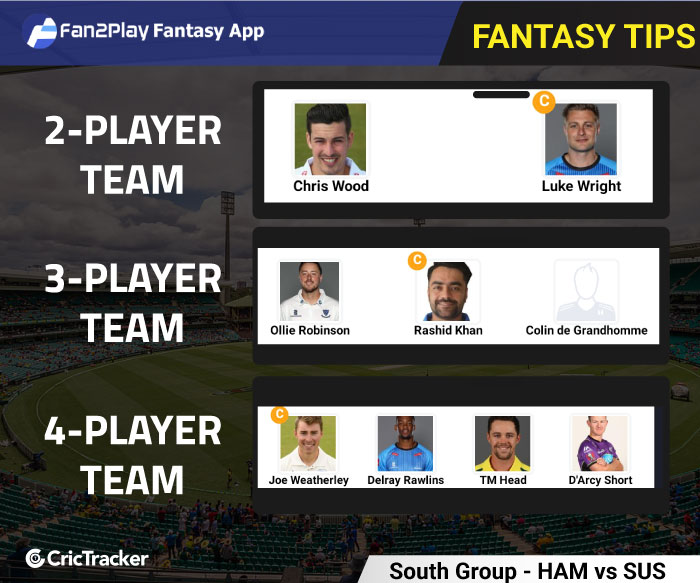 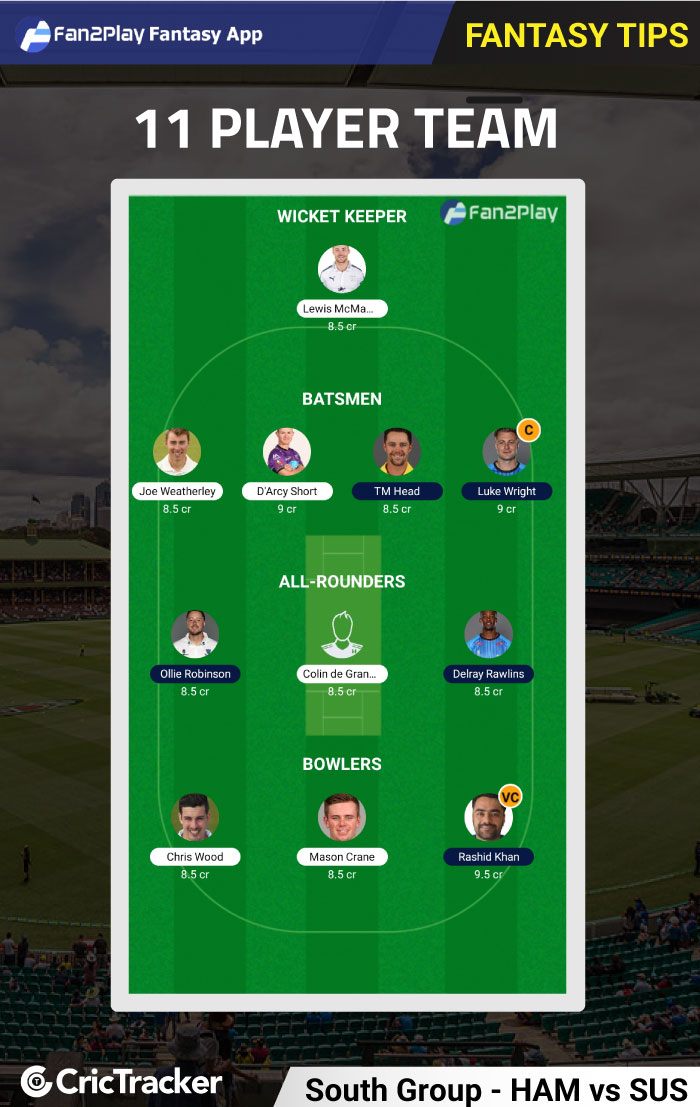