Going by his scintillating performances with the willow in the three Tests Down Under, it is clear that Shubman Gill is here to stay. 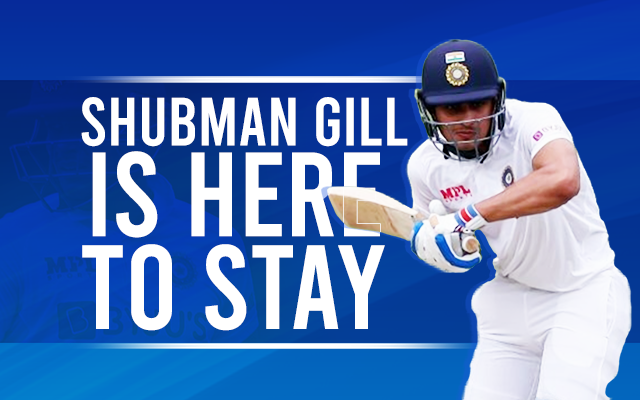 Among the various stalwarts for India in this series, one young man shone brightly and announced to the world that he is a talent to watch out for. Making your debut for your country on the grand theatre called the Melbourne Cricket Ground (MCG), especially when your side has received a mauling in the previous game is never easy. But, Shubman Gill stood up to the challenge. He had an answer to everything that the Australians dished out at him, and at the end of the series, Shubman Gill can look back at the last three Test matches with a sense of pride.

A historic knock at The Gabba by Shubman Gill

Not many would have thought that India would go on to win the fourth Test, especially chasing a target of 328 on a pitch where a few cracks had opened up, with a deadly Australian pace attack waiting to strangle the opposition and a spinner who is 100 Tests old, trying to knock the willow wielders down. But then, Shubman Gill just ‘flowed’ with the game, and played some shots that were straight out of the cricketing textbook.

Gill scored his first boundary in India’s second innings at The Gabba with a powerful square cut off Hazlewood that raced like a bullet to the boundary. The ball was short and wide, and the young man pounced on it. Then came a riveting cover drive off Cameron Green that would have had even the bowler gaping. Cameron Green pitched the ball up, Gill elegantly strode onto the front foot, struck it off the middle of his bat, threaded the off-side field with precision and the ball raced away to the boundary.

Cheteshwar Pujara, at the other end, was holding one end up like a rock and getting blows all over his body but was just not giving up. And, with Pujara for company, Gill opened up. And then, came the shot of the innings off the first ball of the 23rd over. Mitchell Starc bowled a delivery on off stump, Gill just stood up and punched it past cover. There was no follow-through of the bat. It was just sheer timing that made the ball race away to the boundary.

Then came the wily Nathan Lyon. When the spinner tossed the ball up, Gill came down the track, got to the pitch of the ball, and hit him against the turn between cover and mid-off. The Aussies could have been perfectly forgiven if they had secretly fallen in love with that shot. The 21-year-old got to his fifty with a couple to deep cover. At that stage, the Indian scorecard read 63/1, and Gill had contributed 50 of those runs.

Sourav Ganguly refrains from political endeavours for the time being

Then came a barrage of bouncers from the Aussie pacemen. While Pujara resolutely put his body in the firing line, Gill took the Aussies on. A sizzling uppercut, reminiscent of the man nicknamed the ‘God of Cricket’ sent the ball sailing over the third man boundary. Starc again pitched the ball short, and Gill pulled him bang in front of square for a boundary.

Starc continued his short-pitched stuff to Gill, only to get hammered further. A pull shot over deep square leg for six was followed by another uppercut that thudded into the boundary past the third man. Still, Starc did not change his tactic. The next delivery was again pitched short, and Gill feasted on it and smashed the cherry past the mid-wicket fence.

This was an innings that surely deserved to end in a three-figure score. But, sadly it did not. Gill poked at a delivery from Nathan Lyon, the ball took the edge and Steve Smith pouched the offering. Gill departed just 9 runs shy of his maiden Test century.

And, it was the platform that Gill laid at the top of the order that allowed the likes of Rishabh Pant and Washington Sundar to keep the fight going, and it ultimately resulted in a series victory that Gill can talk proudly to his grandchildren about.

Gill- The find of the series

Without a doubt, at least in the batting department, Gill has been the find of the series for India. In the table below, let us take a look at all his scores in the series Down Under. 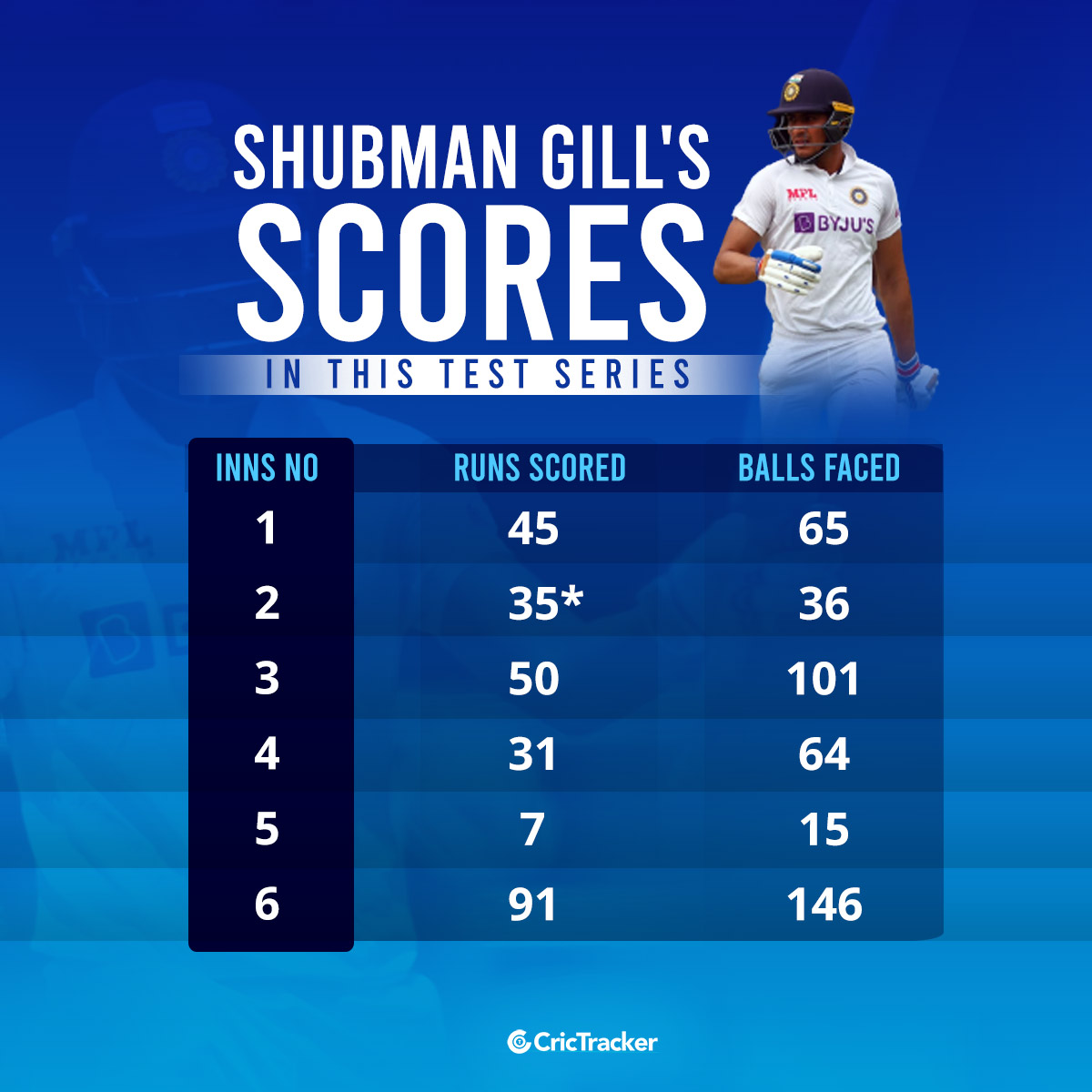 From the above table, we can see that Gill has contributed in 5 out of the 6 innings that he has played in this series. At the Melbourne Cricket Ground (MCG), the right-hander scored a scintillating 45 in the first innings to set the stage for Ajinkya Rahane to go ahead and score a century. In the drawn Test in Sydney, the youngster once again gave excellent starts at the top of the order for his side. And of course, in Brisbane, his second innings masterclass allowed India to script one of their greatest ever Test match wins.

Gill is here to stay

Going by his scintillating performances with the willow in the three Tests Down Under, one thing is clear. Shubman Gill is here to stay. He is young, he has got a wide range of shots, he is proficient on either side of the wicket, and displays poise at the crease. And, if the young man can continue his excellent run with the bat, he will take Indian cricket to great heights in the future.