Brisbane Heat are the favourites to win this game. 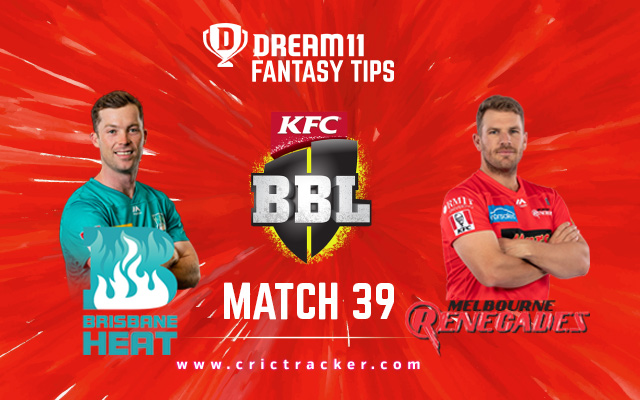 The 39th match of the Big Bash League (BBL) 2020-21 season will be played between Melbourne Renegades and Brisbane Heat at the Manuka Oval in Canberra.

The two teams who will meet at the Manuka Oval tomorrow have had poor seasons so far in BBL, but their morales should not be too low currently. Melbourne Renegades might be the last-placed side of this competition, but they broke their 7-matches long winless streak in the last game.

On the other hand, Brisbane Heat have registered 3 wins from their last 4 games, after winning only once in their first 5 appearances. Having built some momentum, both sides will be eager to script what will be a fantastic comeback story.

It will be a bright and sunny day in Canberra, with the temperature revolving around 29 °C. The chances of rain are only 10%.

The Manuka Oval pitch will have a lot on offer for the batsmen. A score of 180 should be competitive on this track.

Afghan cricketers Mohammad Nabi and Mujeeb Ur Rahman have left for national duties. Morne Morkel is available for selection for Brisbane Heat.

Chris Lynn has been amazing since his return from injury. The Brisbane Heat captain has scored 223 runs at an average of almost 45 and a strike rate of over 150.

While Lynn has been the leader of the batting unit, Mark Steketee has been phenomenal in the bowling unit of Brisbane Heat. He has picked up 16 wickets from 8 games.

Aaron Finch’s poor run of form in this season’s BBL is well documented, but the Renegades captain has scored nearly 9500 T20 runs at a brilliant strike rate of over 140. If he gets in his rhythm, Finch can destroy any given bowling unit.

Kane Richardson has been impressive with the ball for the Reds. He has picked up 12 wickets and has an economy rate of just over 8 runs per over.

Jack Wildermuth has picked up 9 wickets, while he also has maintained a fantastic economy rate of slightly over 6 runs per over. In addition to it, he also has scored 71 runs. 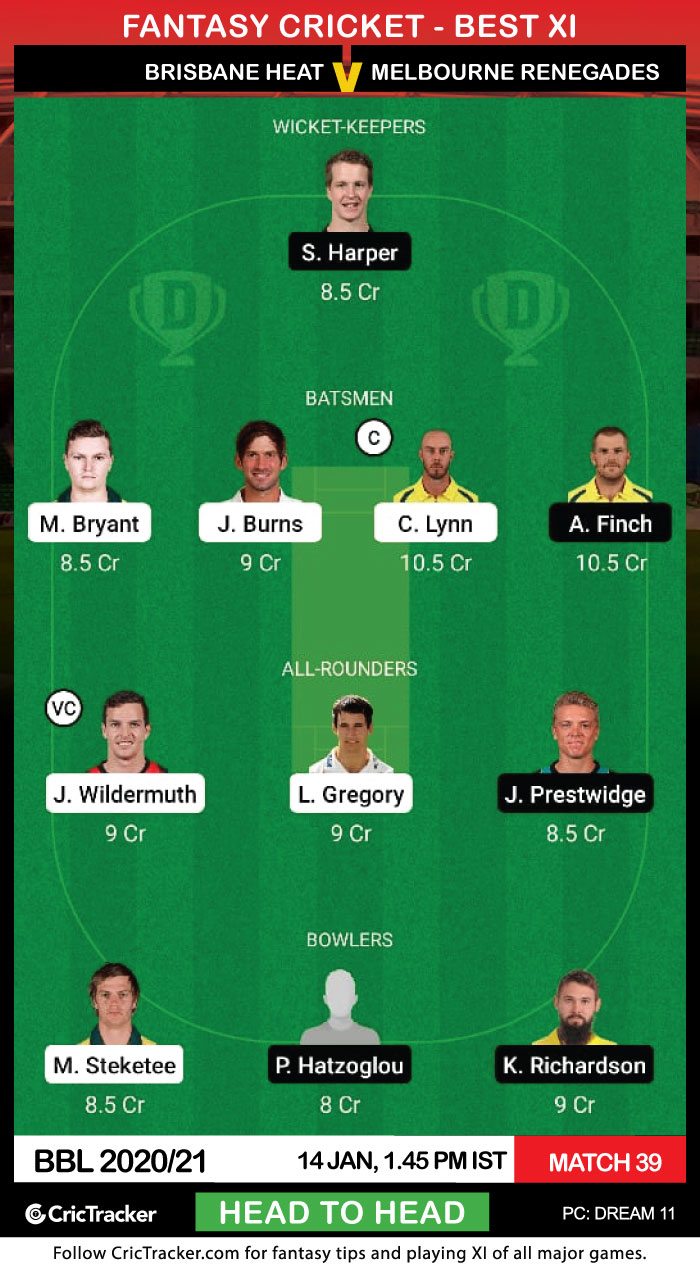 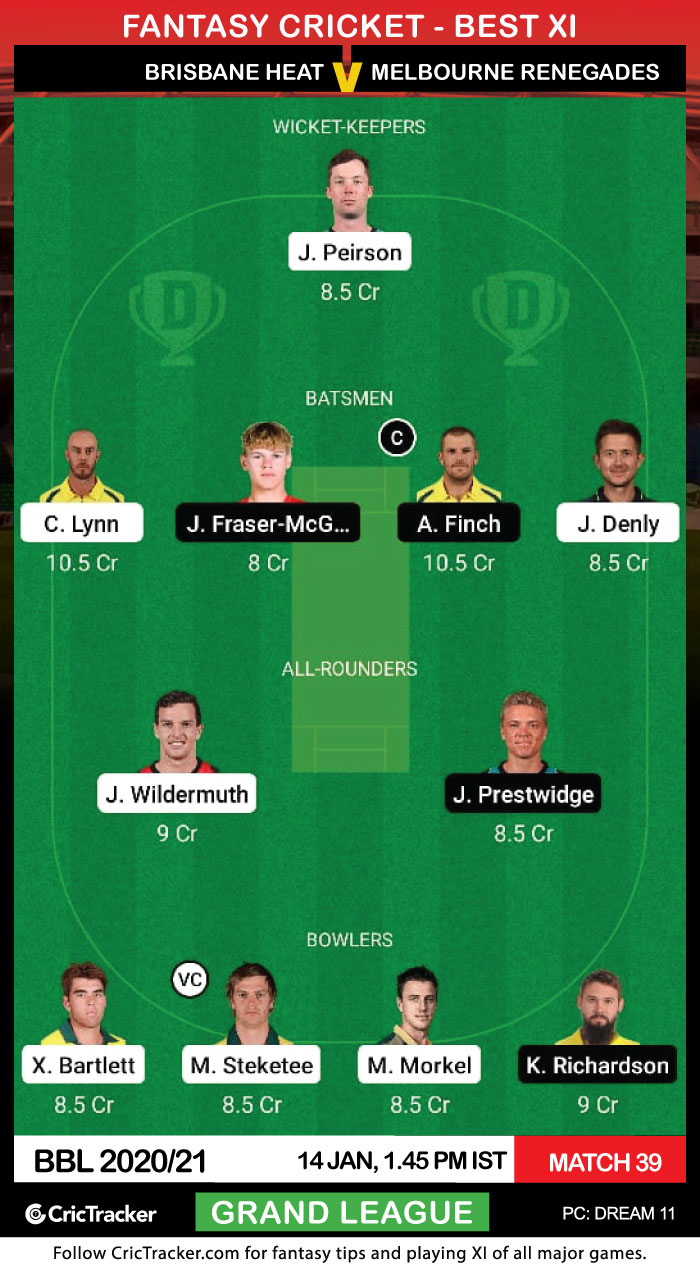 Peter Hatzoglou has picked up 10 wickets from 8 matches, which is the second-highest by anyone from the Melbourne Renegades team. He can be a great pick at 8.0 Cr.