After this draw, New Zealand are occupying 5th place in the points table.

There was tension in both camps. There was palpable excitement everywhere. The crowd was on its feet. Hell, even the light had a major role to play in the 1st Test match between India and New Zealand. And, in this classic Test match that had everything, New Zealand hung on for a draw.

New Zealand were 9 wickets down in the second innings and India were on the brink of victory. But, the final New Zealand pair of Rachin Ravindra and Ajaz Patel played out 8.4 overs to deny India a victory.

Batting first, the Indian side posted a competitive total of 345 on the board, with debutant Shreyas Iyer slamming a century. New Zealand were bowled out for 296 in reply. The hosts declared their second innings with the scoreboard reading 234/7, setting their opponents a target of 284 for victory. But in the end, the Black Caps survived 98 overs to draw the match.

How does the WTC table look like after the 1st Test?

Now, what happens to the World Test Championship (WTC) points table after the 1st Test between India and New Zealand. After this draw, New Zealand are occupying 5th place in the points table, as they have drawn the only match that they have played in the second WTC cycle.

Here is the updated WTC table 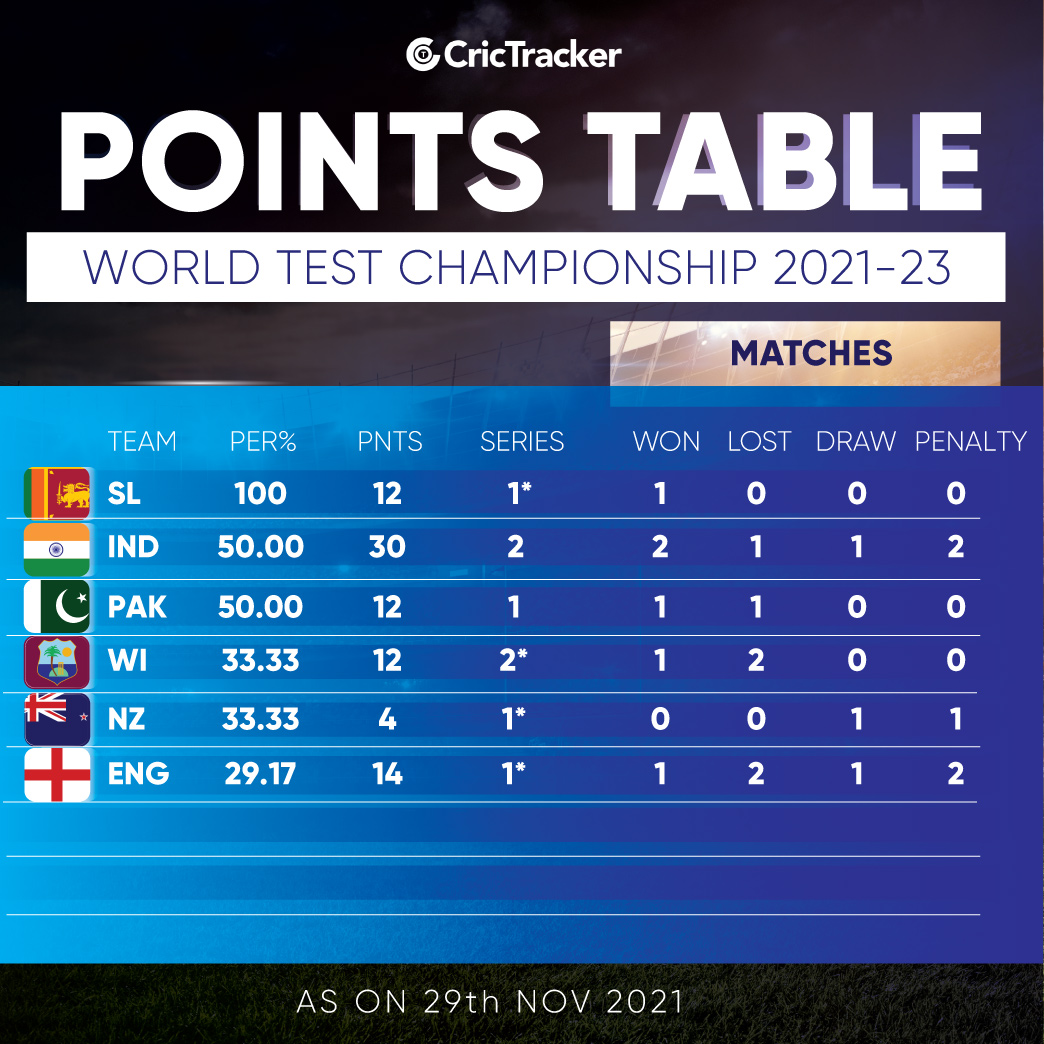