India beat New Zealand by 372 runs in the second Test at the Wankhede Stadium.

India, on Monday, December 6, defeated New Zealand by 372 runs in the second of the two Tests to win the series 1-0. On the fourth day of the match at the Wankhede Stadium in Mumbai, Virat Kohli and Co. showed a highly professional performance and got over the line. The hosts couldn’t secure a win the Kanpur Test by the barest of margins, but have well and truly made amends.

On Day four, the Black Caps needed 400 runs to win with five wickets left in their second innings. However, Jayant Yadav ran through the tail and helped India win by a comprehensive margin. Henry Nicholls scored 44, but his efforts went in vain. In the meantime, India are placed at third in the points table in the 2021-23 cycle of the World Test Championship.

Sri Lanka are sitting atop the list with a win percentage of 100. Pakistan are currently taking part in the second Test against Bangladesh at the Sher-e-Bangla National Stadium in Dhaka. India have a win percentage of 58.33 with three victories. England and West Indies have a lot of catching up to do. Australia will start their campaign in the WTC championship with the Ashes. 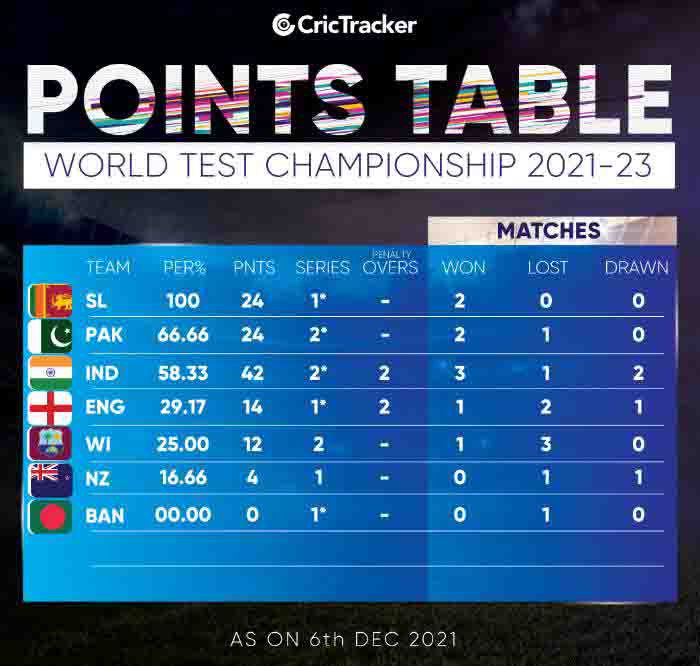 The bowlers tried all their best, says Virat Kohli

After India’s win, Kohli lauded the team for putting in a clinical showing. Tom Latham, the Kiwis’ skipper, on the other hand, said that the pitch got worse for batting. He also had words of praises for Ajaz Patel, who picked up 10 wickets in the first innings.

“The bowlers tried all their best, but the Kiwi batsmen stuck it out really well in Kanpur. Here there was more bounce and the fast bowlers got assistance as well, so it gave us a better chance to win,” Kohli said.

“Credit to India for putting up a great performance. 62 all-out would always have set us back. You always want to bat first here, and it only gets worse for batting, and it wasn’t how we wanted it to pan out. Guys are able to step up in different conditions and we have managed to get a lot of depth. Very special game for Ajaz, only the third time in the history of the game has a man got all ten,” Latham said.