New Zealand has jumped to the sixth position now in the WTC 2021-23 points table.

New Zealand scripted a perfect comeback in the second Test after losing the first to Bangladesh. Bangladesh was not allowed to be in the game right from day one as New Zealand started the domination. Tom Latham and Will Young added 148 runs for the first wicket before the latter departed after scoring 54 runs. Devon Conway and Latham added 215 runs for the second wicket as Conway hit another century before getting run out.

This Test match was the last for veteran Ross Taylor who received a guard of honor when he came out to bat. Taylor could make only 28 runs in the last innings of his Test career and Ebadot Hossain dismissed him. Henry Nicholls and Daryl Mitchell didn’t have a significant contribution. Latham hit a double ton which made sure New Zealand have enough on the board. The Blackcaps posted 521 runs before declaring.

Just like the batters, the bowlers also didn’t give any opportunity to the opponents and wickets kept falling at regular intervals. Bangladesh lost four wickets for just 11 runs. A partnership of 50 runs between Yasir Ali and Nurul Hasan helped Bangladesh go past the triple-digit score. But, a five-wicket haul from Trent Boult bundled out Bangladesh for just 126 runs and a follow-on was enforced by the Blackcaps.

Bangladesh did manage to score over 250 runs while batting second but couldn’t avoid the loss. Liton Das made a century before getting dismissed. But, no other Bangladeshi batter could score over 40 runs in the second innings. Bangladesh made 278 runs and lost the match by an innings and 117 runs. Taylor picked the last Bangladesh wicket to end his Test career on a positive note.

How does the WTC table look like after the 2nd Test between New Zealand and Bangladesh?

It was the first win for the Blackcaps in this cycle of the WTC. New Zealand has jumped to the sixth position now. Bangladesh has moved to the 8th position in the World Test Championship (WTC) points table with one win from four matches.

The top spot is still with Sri Lanka who has won both the matches in this cycle of WTC. Australia and Pakistan are in the second and the third position respectively. India is placed in the fourth position with four wins in eight matches.

South Africa finds itself in the fifth position. The West Indies are occupying the seventh position and the English team is placed in the last position. 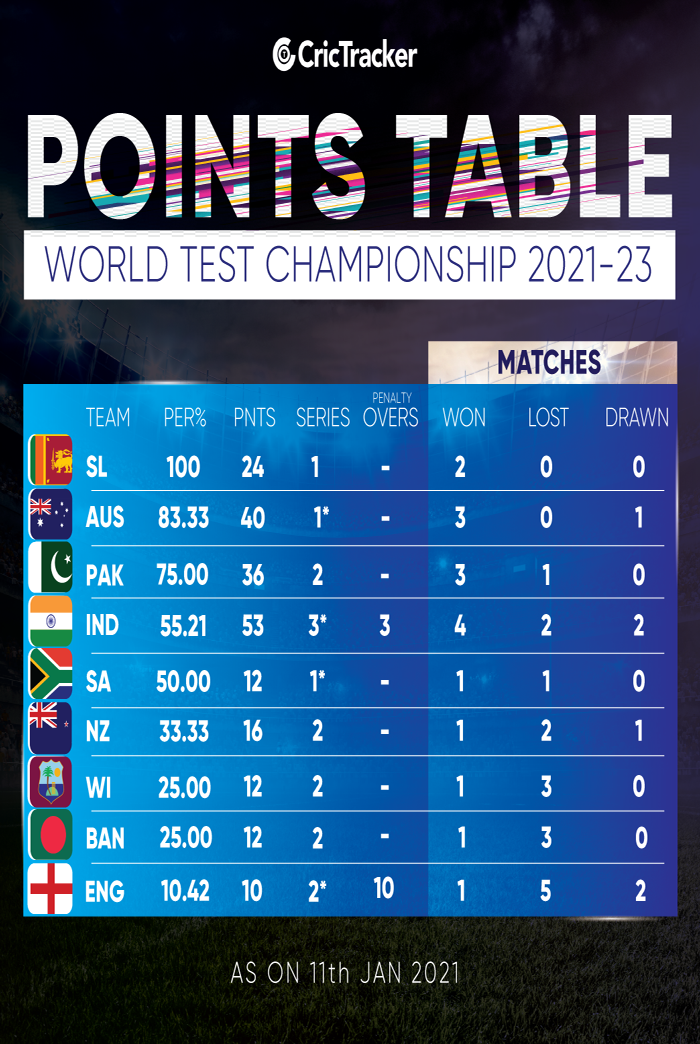