Pakistan has now gone to the first position on the points table of the World Test Championship 2021-23.

England came back in resounding fashion against India in the ongoing Test series by winning the third Test at Headingley in Leeds. On day four of the Test, India, who started the day on 215 for 2, were bowled out for a mere 278 runs. This gave England a victory of an innings and 76 runs as they managed to level the five-match series 1-1.

But most importantly, this win was the first for Joe Root and his men in the ICC World Test Championship 2021-23. Among the four teams who had begun their campaign in the WTC’s new cycle, England was the only team until now that had not got a win. West Indies, India, and Pakistan all had wins under their belt and England will join them but will remain placed at the fourth position.

As far as India is concerned, the big defeat has now made them slip from first place to third, behind Pakistan and West Indies, who recently played out a two-match Test series. The series which was played in the West Indies ended in a 1-1 draw. West Indies won the first match with a narrow margin of one wicket while Pakistan managed to level the series by beating the hosts by 109 runs.

India slips to third, Pakistan climbs to one; England finally register a win

For now, Virat Kohli and co. will stand in third place with a points percentage of 38.88% which is also levelled with fourth-placed, England. West Indies and Pakistan though have 50% points percentage against their name. This is because both of them have won 12 out of the 24 points for which they have contested so far.

It should also be noted that both England and India had lost two points each after the first Test at Trent Bridge due to slow over-rate. The two teams managed to get two points deducted from the four points which they had got, because of the drawn result. India’s win at Lords thereafter had given a good lead but England has caught on for now.

Now, England and India will travel to London where they will be playing the fourth Test at the Kia Oval. The match will begin on September 2. Another 12 points will be up for grabs but most importantly the series will be on the line. 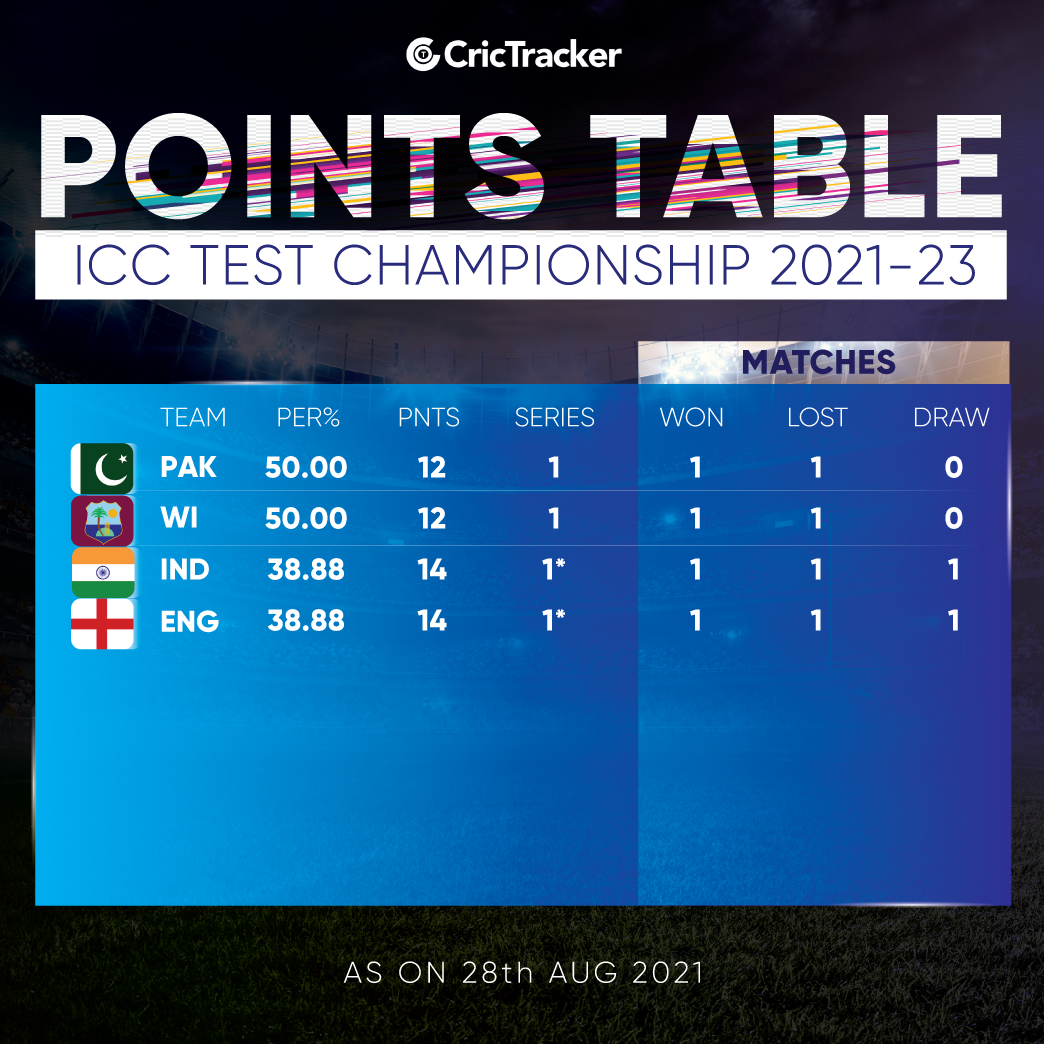