India is right on top.

With the 1-0 win over Pakistan in the three-match Test series, England has strengthened its position in the ICC World Test Championship table. In the month of July, England had acquired the third spot in the Test Championship Table leaving behind New Zealand owing to their win by 2-1 against the Caribbeans in the Wisden Trophy.

Though the second and third match of the series were drawn due to consistent rains in Southampton, England wrapped the series on a good note. Pakistan dominated the large part of the first Test match played from August 5 to August 9 at Manchester. However, they couldn’t capitalize on their 107-run lead after the first innings. Owing to the brilliant knock of 84* and 75 runs by Chris Woakes and Jos Buttler, the hosts could taste the victory against the Men in Green by 3 wickets, which made all the difference in the stunning fashion.

The second game was majorly washed away by the rain and it resulted in a draw. However, the Asian team had an opportunity to make a comeback in the series by winning the final Test match, but they were brutally thrashed by the paceman James Anderson, who achieved the feat of 600 wickets in the longest format of the game, as he took a five-wicket haul, and he returned in their second innings to pick Abid Ali and Azhar after the visitors were made to follow on.

The third and final match of the Test series was also declared as drawn due to the persistent showers on the final day of the game. England had an opportunity to wrap the series with 2-0 as he had to take 6 wickets to clinch the match but only 28 overs were possible on the final day with Pakistan ending on 187/4.

After the series win against Pakistan, England stands at the third position in the ICC World Test Championship Table with 292 points. India is the table topper with 360 points while Australia is in the second position with 296 points. This also means that England is just 4 points away from the Kangaroos. Meanwhile, after suffering from the loss in the ICC World Test Championship, Pakistan stands at 5th position with 166 points and is just 14 points away from New Zealand.

The dynamics of the ICC World Test Championship Table are bound to change in December when the two table toppers India and Australia will face each other for a four-match Test series. 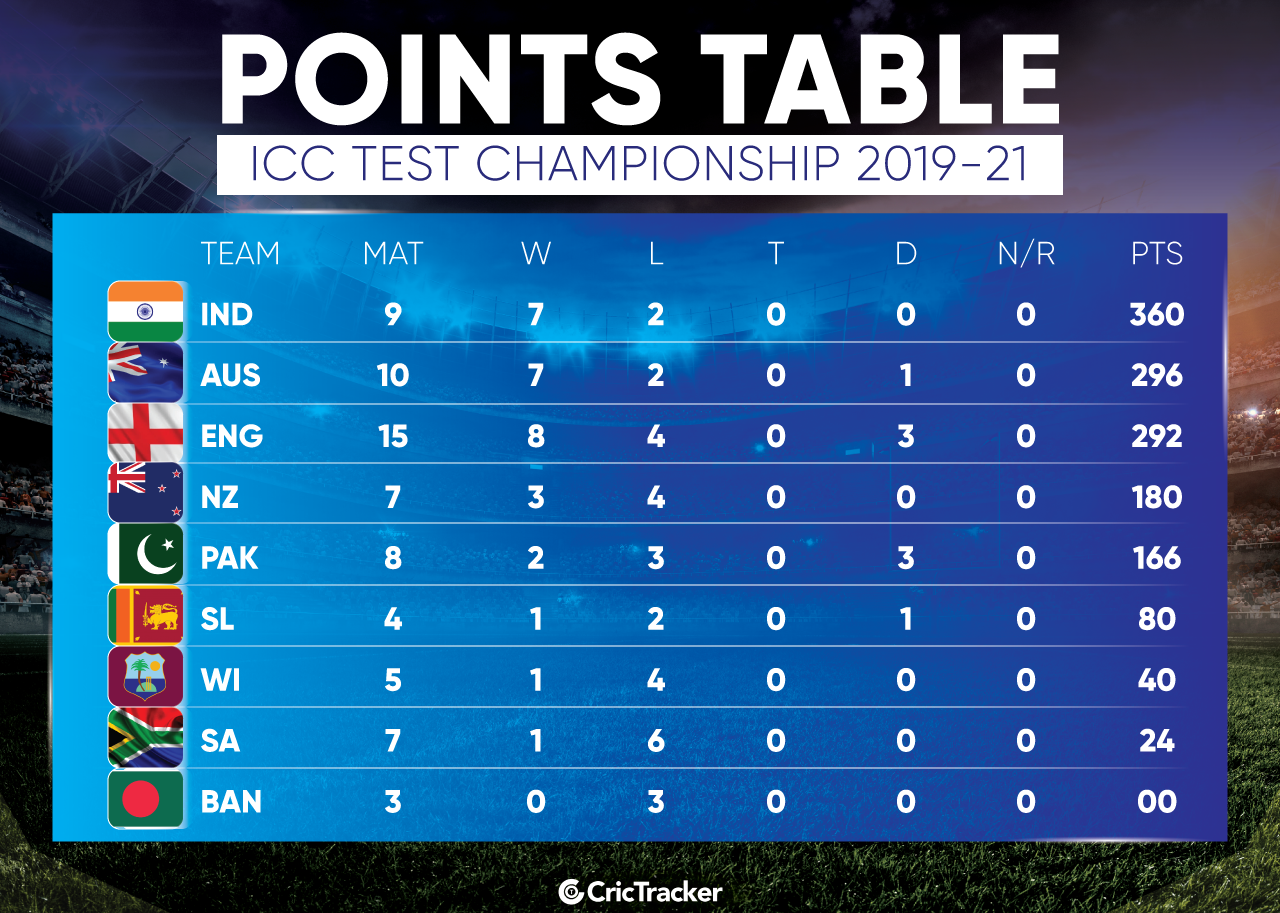