The final of the ICC Test Championship will be played in England in June next year.

Pakistan have made an impressive comeback to the World Test Championship after the hammering they received Down Under last year. After beating Sri Lanka 1-0 in a two-match series at home, Azhar Ali’s side thumped Bangladesh by an innings and 44 runs in Rawalpindi to take a 1-0 lead in yet another two-match series.

Babar Azam’s 143 and young speedster Naseem Shah’s hat-trick in the second innings saw the visitors losing their plot. This is the Tigers’ third defeat in as many Tests in the two-year-long championship and they now lag at the ninth and last position in the points table with none to show. The West Indies also haven’t opened their account but have played a match less.

India are leading the table with 360 points after having won all their seven matches played so far. They have defeated the West Indies twice, South Africa thrice and Bangladesh twice so far and will meet New Zealand in a two-game away series starting later this month. India are the only team to have not lost a Test in the ICC championship.

Australia are second in the list with 296 points from 10 matches. They have won seven matches, lost two while one was drawn. They recently demolished Pakistan and New Zealand in five matches in two back-to-back home series to improve their rankings after a disappointing 2-2 draw in the Ashes last year. The Kangaroos, however, no immediate Test series and a good outing against the Kiwis could see India extending their gap.

Pakistan’s wins over Sri Lanka and Bangladesh and a draw against the islanders saw them going up to the fourth position in the table with 140 points from five games. England are third with 146 points with a 5-3-1 record in nine matches. They recently beat South Africa 3-1 in their den after losing the first match.

In the ICC Test rankings, India, Australia and England occupy the top three positions just as they do in the Test championship table. However, the Kiwis are ranked fourth in the ICC ranking followed by South Africa, Sri Lanka, Pakistan, West Indies and Bangladesh.

The final of the ICC Test Championship will be played in England in June next year. 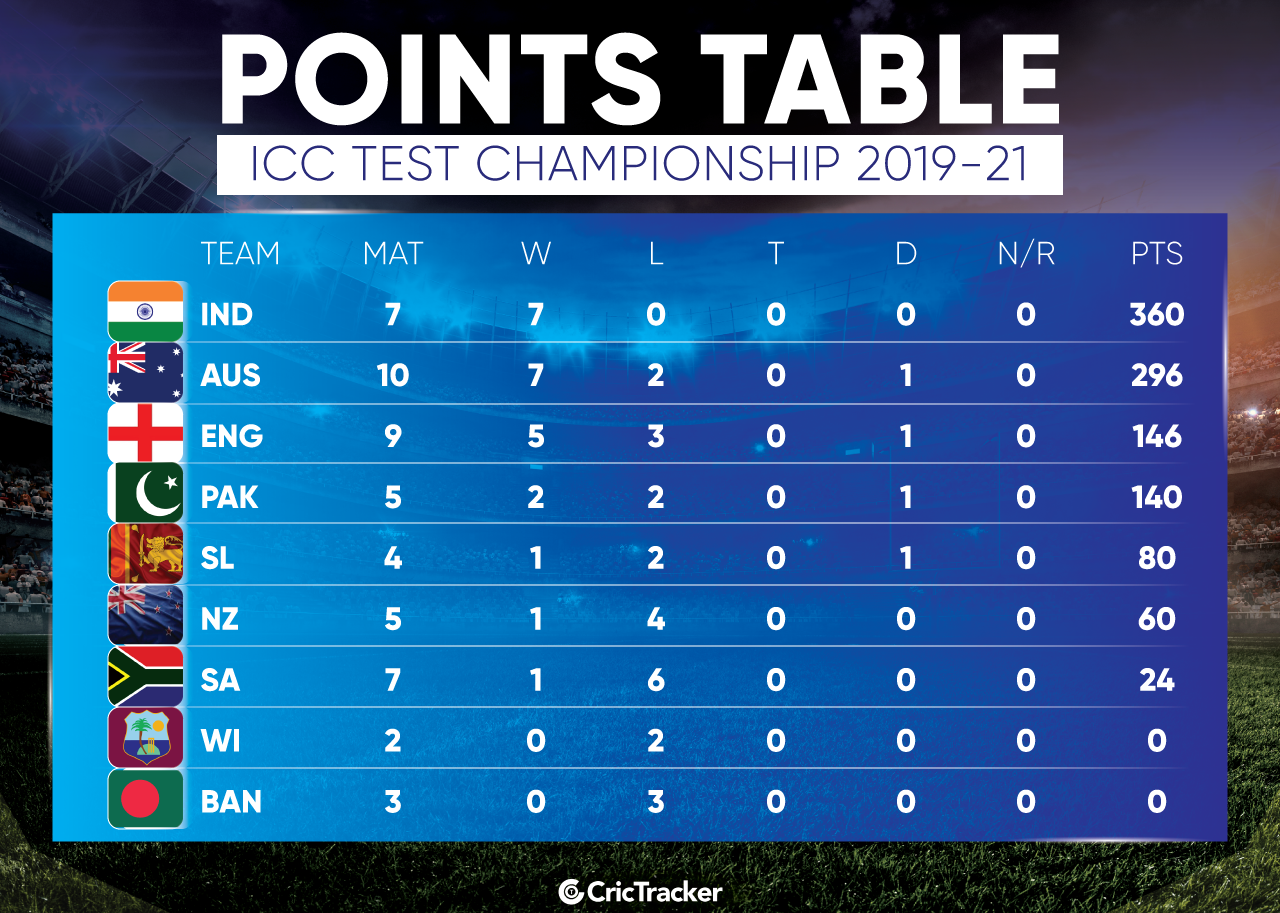