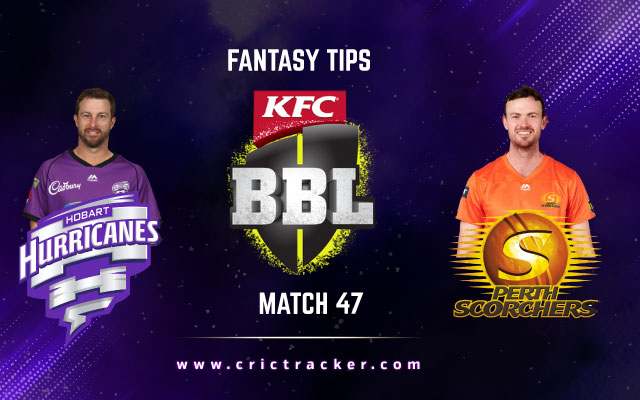 The 47th match of the Big Bash League (BBL) 2020-21 will be played between Perth Scorchers and Hobart Hurricanes at the Melbourne Cricket Ground in Melbourne.

The match is scheduled to start at 10:35 AM IST (04:05 PM local time). It will be live on Sony Ten Network and can be streamed live on Sony LIV.

Perth Scorchers’s winning streak was ended by Sydney Sixers a few days ago, but as the saying goes, a good team isn’t one that doesn’t fall but rises up every time after it falls. Scorchers did just that in their next game after the defeat, they thrashed Brisbane Heat.

Hobart Hurricanes, like Scorchers, have risen a few steps in the points table following their victory against Sydney Thunder in the first game. However, they have blown hot and cold and have lacked consistency. Now that Tim Paine and Matthew Wade are back in the team, fans will be hoping for a more clinical show from the Hurricanes day in day out.

The temperature will be around 24 °C in Melbourne tomorrow. The chances of rainfall are only 10%.

The Melbourne pitch will not overly favour either the batsmen or the bowlers, as it has something for all. It doesn’t change a lot over the 40 overs either.

Mitchell Marsh has recovered from his injury and has been included in the squad by Perth Scorchers.

Tim Paine and Matthew Wade have returned from national duties and have joined Hobart Hurricanes’ squad. Colin Ingram is unavailable.

Mitchell Marsh has scored 187 runs so far. The all-rounder can also be handy with the ball and has 4 wickets to show for.

D’Arcy Short has been phenomenal for the Hurricanes in this season’s BBL. He has scored 201 runs. With the ball, Short has picked up 6 wickets.

Ben McDermott came agonizingly close to a century in the last game, but his knock was jaw-dropping nonetheless. He is just 3 runs shy from scoring 400 runs in this season’s BBL.

Colin Munro’s has scored 353 runs. Like McDermott, he too is coming into this game on the back of a brilliant performance in the last game. 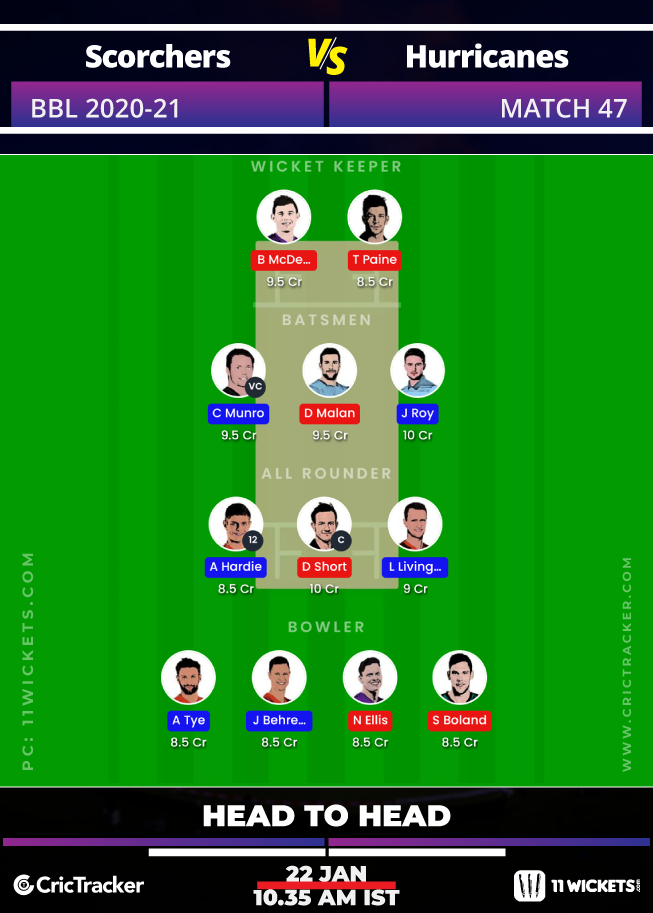 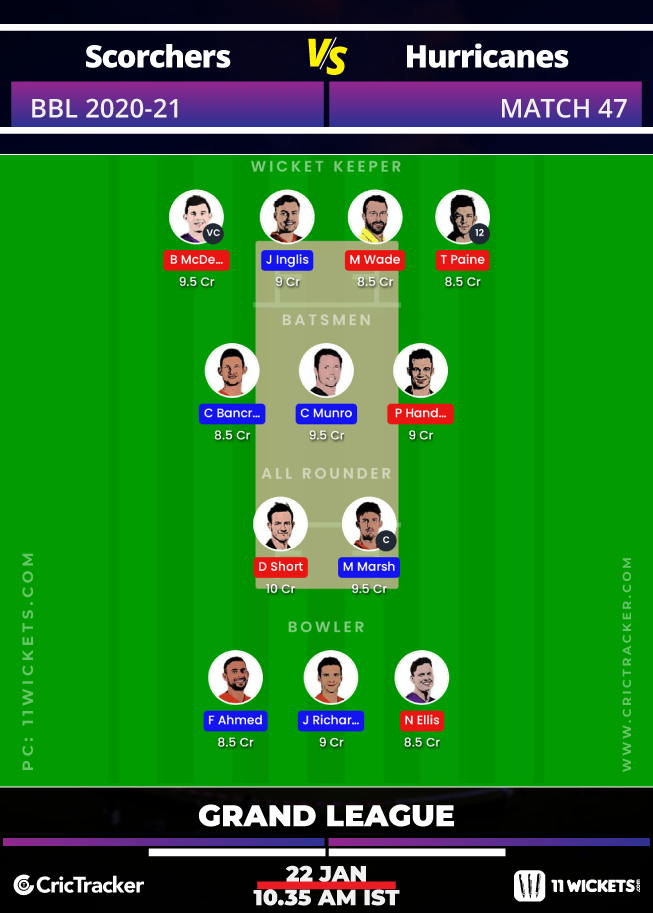 Matthew Wade and Tim Paine are not enjoying a good run of form, but they are experienced cricketers and are likely to do well in BBL. It is advisable to pick at least one, if not both oof them.