Sanju Samson is a good captaincy pick for this match.

The third Pre-Quarterfinal of the 2021 Syed Mushtaq Ali Trophy will be played between Himachal Pradesh and Kerala. This clash is slated to be held at the Palam A Stadium in Delhi. Himachal Pradesh are stationed at the 2nd place in the points table in Elite Group C, and have won 3 out of their 5 rubbers.

Kerala are occupying the 3rd spot in Elite Group D, having tasted success in 3 out of their 5 encounters. Both these teams won their respective previous matches.

The pitch is a decent one for batting, and the batters will get value for their shots. The bowlers will also get some assistance as well on this surface.

Probable Playing XIs for HIM vs KER

Top Picks for HIM vs KER 11Wickets Fantasy Cricket

Sanju Samson has been in excellent form in the tournament. The right-handed batter has amassed 175 runs in 5 innings in the competition at an average of 87.50.

Rishi Dhawan is the leading wicket-taker for Himachal Pradesh in the tournament and has scalped 14 wickets at an average of just 8.78.

Basil Thampi has prized out 7 willow wielders in the competition and has scalped his wickets at an average of 19.14.

Suggested Playing XI No.1 for HIM vs KER 11Wickets Fantasy Cricket 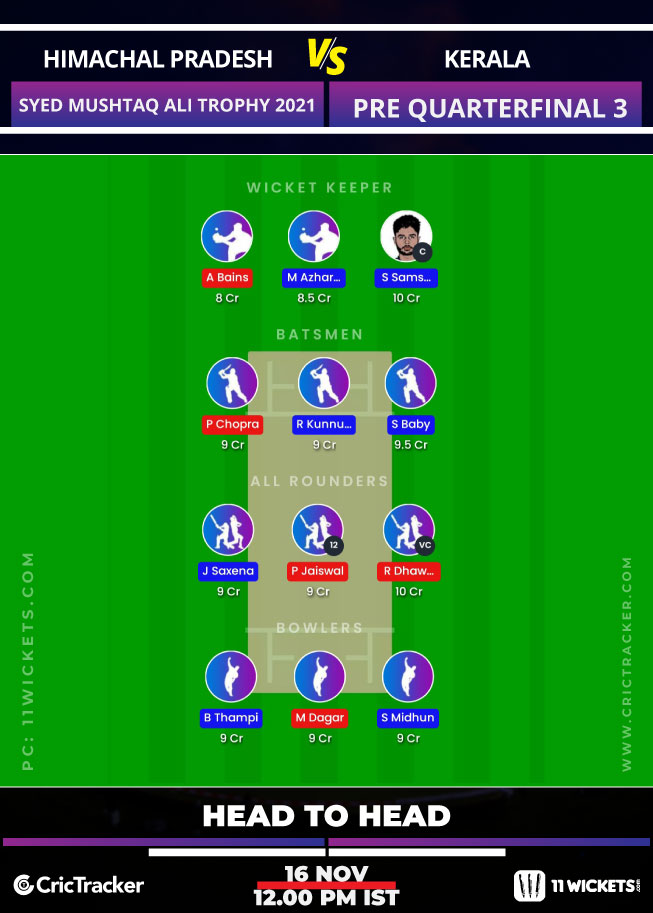 Suggested Playing XI No.2 for HIM vs KER 11Wickets Fantasy Cricket 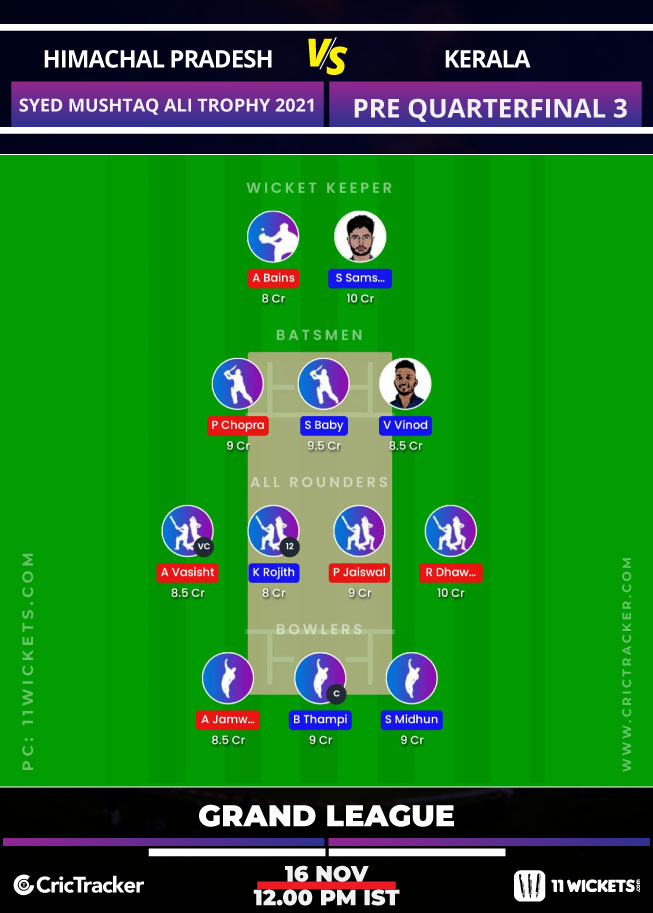