Kowloon Lions are expected to win this match.

Nizakat Khan scored 72 and Aizaz Khan scored 95 for the Kowloon Lions. For Hong Kong Islanders, Haroon Arshed scored 41 and Ehsan Khan scored 43 runs. Both the teams have played good cricket and will now want to win the final match.

The pitch is a balanced one and will assist both batsmen and bowlers equally.  Both sides have a strong batting line-up, so another high scoring encounter can be expected.

Nizakat Khan is in exceptional form with the bat. He scored 158 runs in the first match and 78 runs in the second match. Khan is the highest scorer from his team.

Aizaz Khan is the second-highest scorer for  Kowloon Lions. He scored 57 runs in the first match and played a brilliant innings of 95 runs in the second match to help his team to the victory line.

Haroon Arshed has scored 88 runs in the series and has also taken two wickets each in both matches. 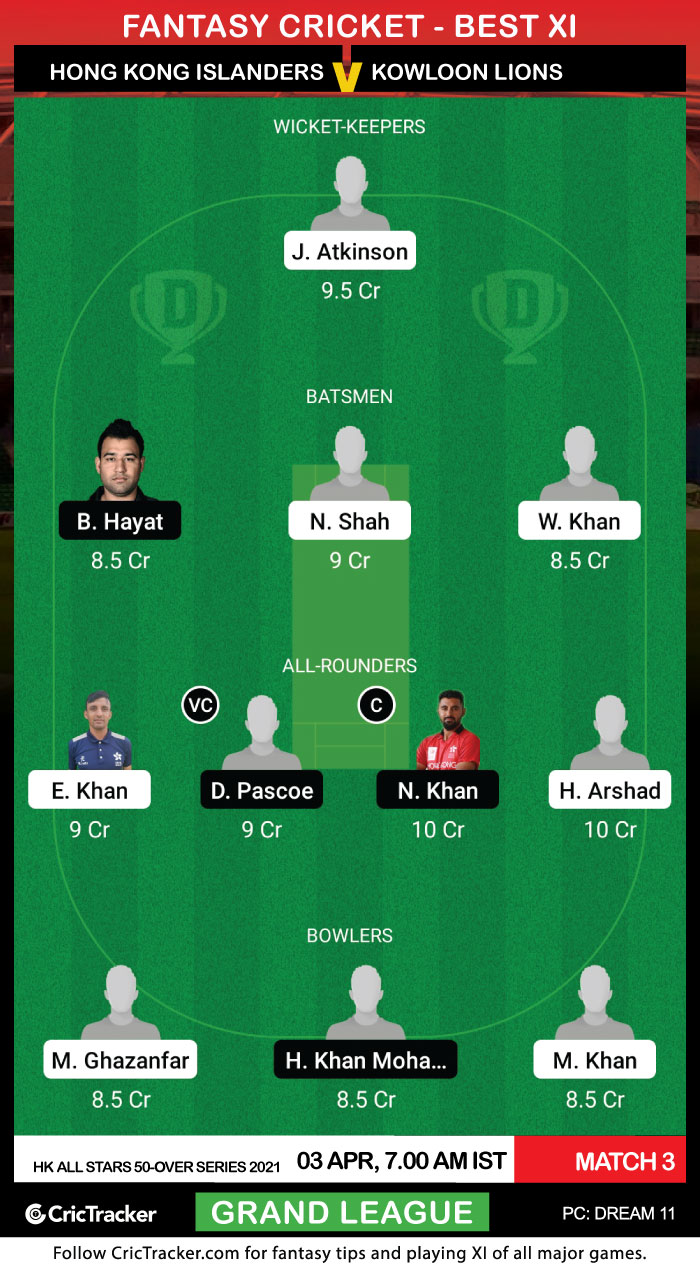 Kowloon Lions are expected to win this match.