Harmanpreet Kaur has been exceptional for Melbourne Renegades.

Hobart Hurricanes will lock horns with Melbourne Renegades in the Match 49 of the Australia Women’s T20. The former has had a dismaying tournament as they are paced at the bottom of the points table with just three wins from 12 matches. They are thus already out of the tournament.

Melbourne Renegades on the other hand has had a splendid run in the league. The team tops the points table with eight wins in 12 matches. They have already fixed their spot into the knockouts with two of their matches yet to be played.

The batters are expected to have an edge on this surface. On winning the toss, batting first can be a good alternative on this deck.

Harmanpreet Kaur has been exceptional for Melbourne Renegades Women so far. In the tournament, she has chipped in 390 runs and has also scalped a total of 13 wickets. In the last match as well, she played a belligerent inning of unbeaten 81 runs. She can be a good player to bank on for this game.

Mignon du Preez is currently the highest run-getter for Hobart Hurricanes Women. In the tournament so far, she has smashed 277 runs. She will be determined to perform for the side.

Jemimah Rodrigues is the other player who is a key aspect of the team. She has scored 295 runs in the tournament so far and can be a good pick for this game. 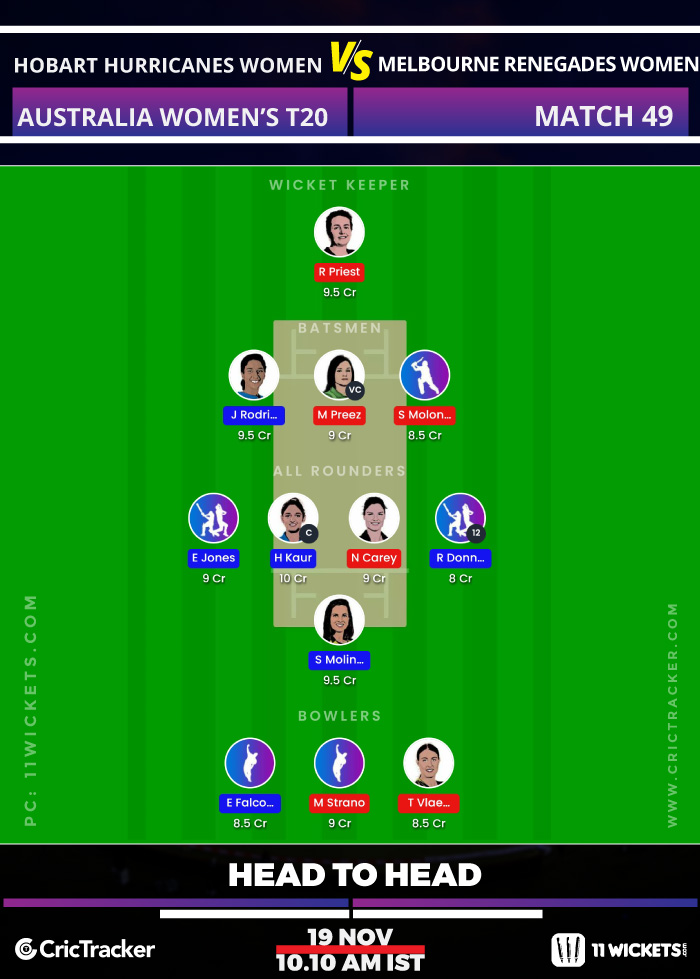 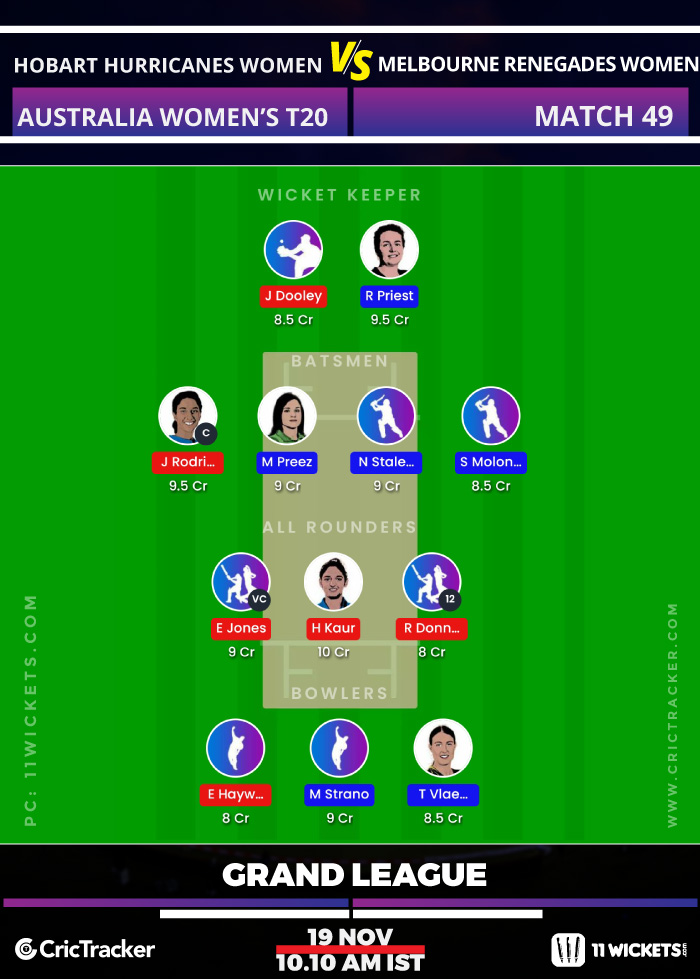