Balaji Pai scored a fifty and picked up a couple of wickets on his T20I debut.

The 5th game of the Iberia Cup 2019 will be played between Spain and Gibraltar at La Manga Club Bottom Ground.

This series can be viewed on the Fan code app in India and European Cricket Network channel on YouTube.

Gibraltar had a tough start to their T20I career as they registered big losses in their first two games played on Saturday. In their first game, Gibraltar posted 113/6 in their 20 overs which the Portugal team chased down with 9 balls and six wickets to spare. In the next match, Gibraltar was on the slower side as they made only 98/6 which was chased down by Spain in only 15 overs. They will now take on the Portuguese team in the first of the two matches to be played on Sunday.

There will be cloud cover over the La Manga Club on Sunday morning but it is unlikely to cause a pour down.

A new track is expected for the last day of this 3-day tournament. It will be two-paced in nature but is expected to get better as the match progresses. The chasing team is expected to dominate this fixture.

Balaji Pai had a near-perfect T20I debut where he scored a fifty and picked up a couple of wickets. He would be looking to replicate such performance against Portugal once again. Najjam Shahzad has scores of 46 and 27* in two innings he batted and claimed two wickets. Tariq Aziz picked up six wickets including a 3-fer and also scored 27 runs. 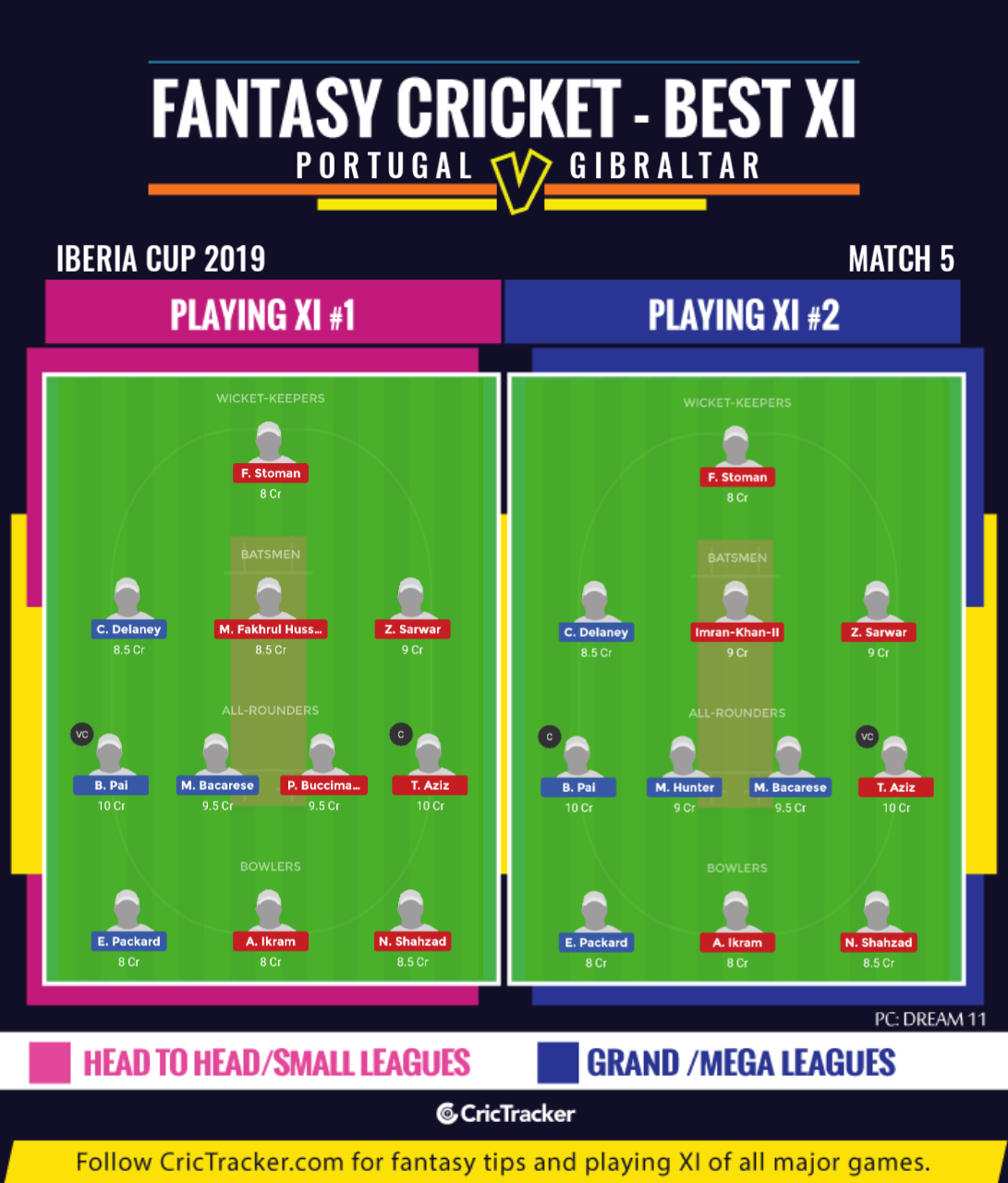 Gibraltar made only one change after losing to Portugal. They brought in Caruana for Garratt against Spain. Caruana neither batted nor bowled in the match and is expected to make way for Garratt.

Gibraltar is expected to register their first win in this format.