If Josh Davey plays, pick him and make him C or VC in Grand Leagues.

The match 40 of the ICC T20 World Cup Qualifier 2019 between Oman and Jersey will be hosted by Dubai International Stadium in Dubai.

The ICC T20 World Cup Qualifier 2019 has entered its final stages with a place in the main tournament next year at stake. The Netherlands have to win to top the group and confirm their berth in Australia. But with Papua New Guinea, also on 8 points, set to play against the weaker Kenya side, the Dutch will have to make sure that they win big against Scotland.

Rather, the Netherlands will know the equation at the start of the match as PNG will face Kenya early in the day. Scotland’s fate, on the other hand, will be decided even before their game starts. They would want PNG to lose to Kenya and then defeat the Netherlands by a big margin. Having said that, they will get another chance in the playoffs to qualify for the first round next year in the World Cup.

It will be too hot in Dubai on Sunday with the temperature even soaring to 35 Degrees Celsius according to AccuWeather. There is no rain in the forecast.

The pitch in Dubai is still good batting. But chasing has been tough at this venue so far. With this match to be played in the afternoon, the team winning the toss should opt to bat first and then defend the total.

Max ODowd and Cooper have finally found their touch with the bat which is very important for the Netherlands ging into the important game. Doeschate is also important for the team’s fortunes. These players could be picked in your Dream11 Fantasy team.

For Scotland, Berrington and MacLeod are crucial with Munsey and Coetzer not enjoying their stay in the middle opening the innings. Tahir, Sharif and Watt are doing a fine job with the ball. If Davey plays, then he can also be picked. 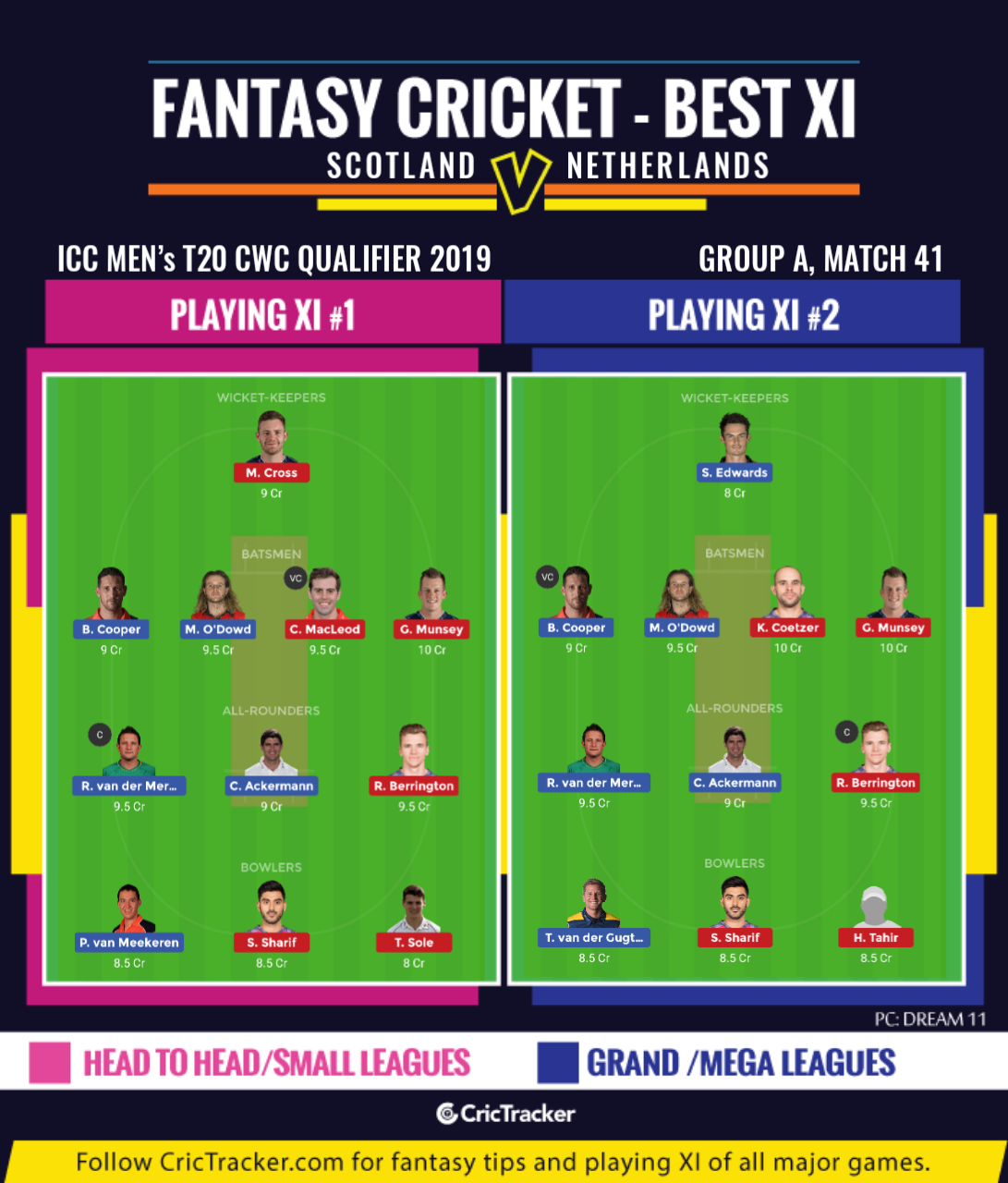 Both sides should play their full-strength team. So have a look at the playing XIs before finalising your Dream11 Fantasy team. If Josh Davey plays, pick him and make him C or VC in Grand Leagues.

Scotland are expected to win this close game.