All Group B matches will be played in Abu Dhabi.

The ICC T20 World Cup qualifiers will get underway on Friday with 14 teams fighting it out for six spots. The teams have been divided into two groups of seven each. While all the Group A matches will be played in Dubai, the Group B encounters are set to take place in Abu Dhabi. On Friday, Hong Kong will take on Ireland in the first match of the day at the venue.

The hosts United Arab Emirates will be in action against Oman. Both the games are expected to be close affairs. Despite playing at home, the UAE are not overwhelming favourites. They have lost three of their top players after ICC suspending them for breaching the anti-corruption code.

The sun will be out for the first match with the temperatures hovering around 35 Degrees Celsius. There is no chance of rain in either of the two scheduled games. However, it will get a bit cloudy in the evening when the second game starts. The temperature will come down to 31 Degrees Celsius according to AccuWeather.

As far as the pitch is concerned, the surface might assist the spinners as the day progresses. The first match of the day at the venue might see the team winning the toss opting to bowl first to assess the pitch behaviour. However, with the surface likely to help the spinners later, the evening match can see the team batting first being at the advantage.

Aizaz Khan is the Hong Kong captain for this tournament and the team is filled with the all-rounders. They have an uphill task of going past the favourites Ireland. For that to happen, their top players in Kinchit Shah, Nizakat Khan and Ehsan Khan among others should perform to the expectations. Haroon Arshad is also in good form coming into the competition.

Ireland are looking an extremely strong unit. No wonder they are one of the favourites to make it to Australia for the T20 World Cup next year. Kevin O’Brien opening the innings has transformed the batsman and the team’s fortunes dramatically. Paul Stirling is another swashbuckler at the top. Ireland’s most technically gifted player comes at number three and the trio more often than not face the bulk of the 20 overs.

The bowling attack comprises of the likes of Boyd Rankin, Mark Adair and Stuart Thompson. They will look after the  pace department. However, a lot will depend on how the spinners Simi Singh, Dockrell and Gareth Delany will bowl in favourable conditions.

The prediction is for Ireland to win the T20 World Cup qualifier match 2. 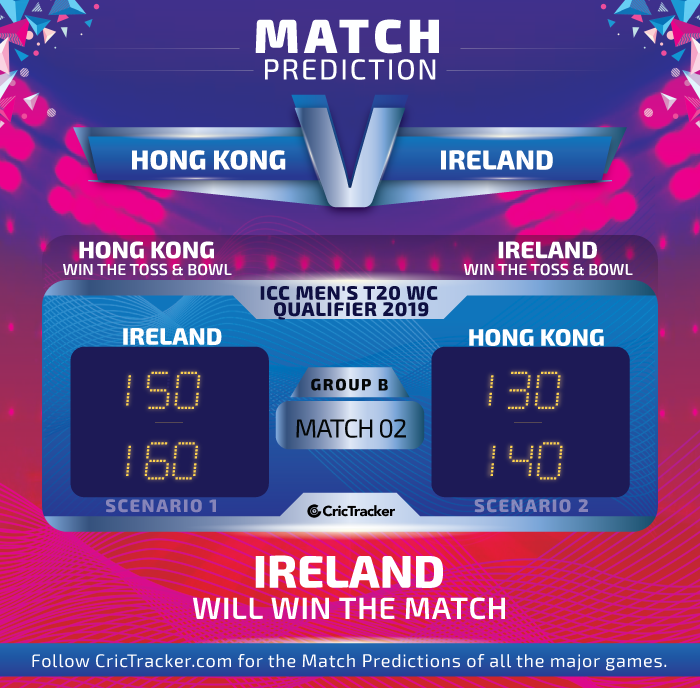 The hosts UAE have been hit with the suspensions on their regular skipper Mohammad Naveed and Shaiman Anwar. Though they will be still be backing themselves to go a long way playing at home. The onus now is on Rohan Mustafa and Mohammad Usman while Chirag Suri has also earned good name with the bat. Their spinners will also be key on traditionally slow surfaces.

Oman is always expected to punch above their weight. And it shouldn’t be a surprise if they manage to book their ticket to Australia for the T20 World Cup next year. Zeeshan Maqsood, Khawar Ali are two of their top players who definitely perform. Aamir Kaleem and Aqib Ilyas are also crucial for Oman’s fortunes. 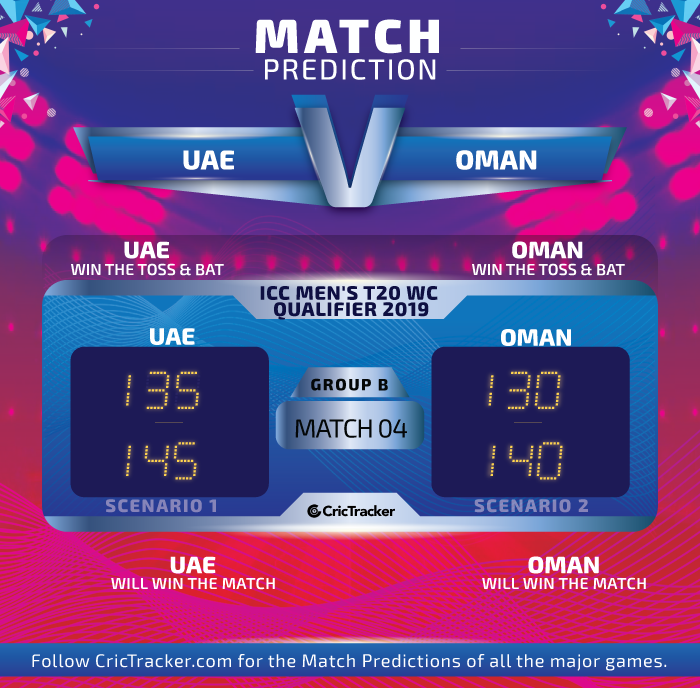