The 11th warm-up match of the ICC Under-19s World Cup 2020 will be played between England Under-19s and Afghanistan Under-19s at the Hammanskraal Mandela Oval in Pretoria.

England Under-19s dress rehearsal for the Under-19 World Cup were disturbed by the weather as their match against Zimbabwe was washed out after first innings. They will now be facing Afghanistan Under-19s in a hope of getting some batting practise ahead of the World event. Afghanistan had a worse way to begin their tour of South Africa as they were skittled for only 44. Their bowlers put on a decent effort with the ball keeping India down to 256 who lost only one wicket in first 25 overs.

No interruption due to rain is expected at the Hammanskraal Mandela Oval for the match on Tuesday.

The nature of Hammanskraal Mandela Oval is tough to predict as Nigeria were bundled out for a low total by Pakistan. Nigeria’s batting line-up could have made an impact in recording a low total. However, with rains around, we can expect pace bowlers to get some help from the pitch.

Abid Mohammadi claimed 8 wickets during the Youth ODI series in India and continued those performances with a 3-fer against them in the warm-up. The England skipper George Balderson picked up three wickets in his opening spell of four overs with the new ball against Zimbabwe. Kasey Aldridge picked up a wicket and claimed two wickets in the previous match. He had good all-round performances in West Indies Tri-series. 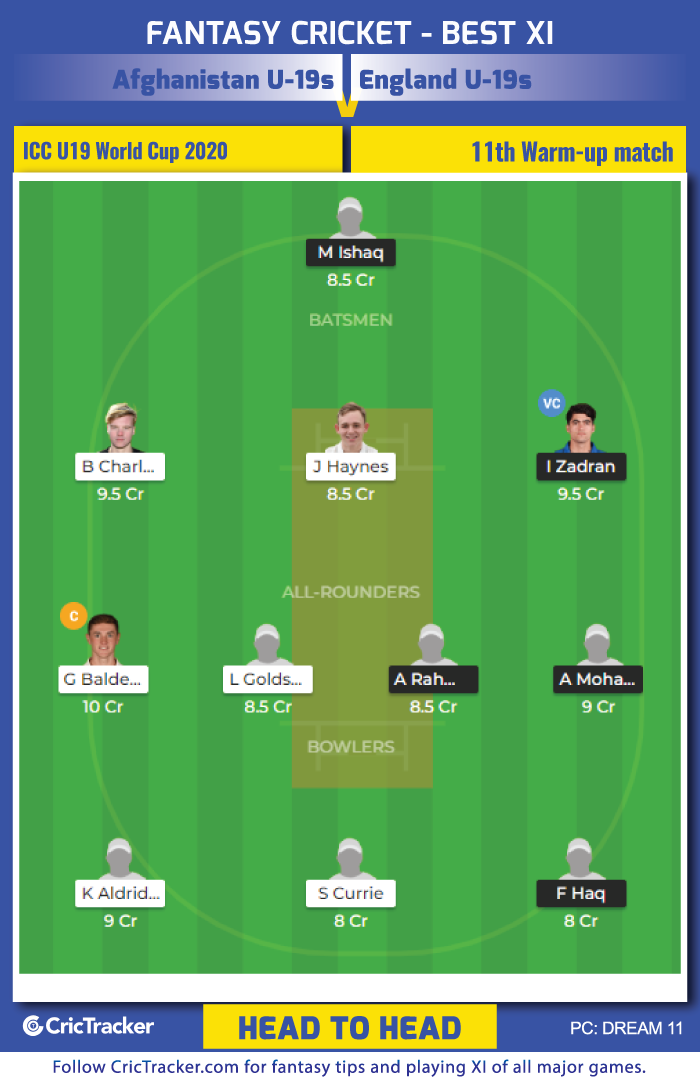 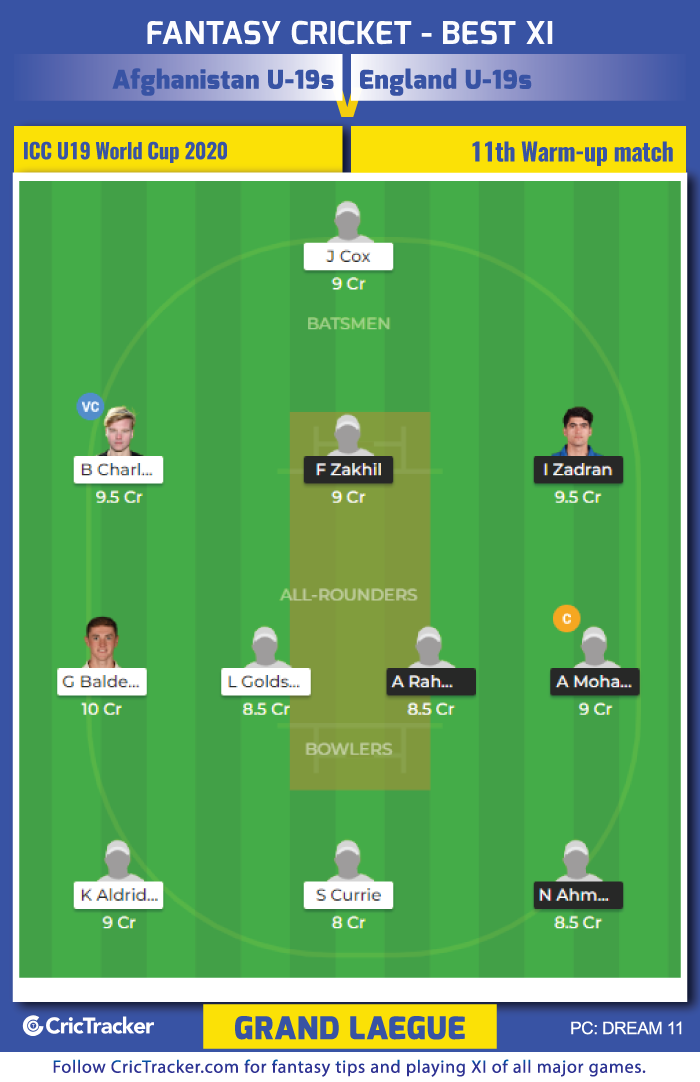 Afghanistan U19s bow down to an aggressive bowling performance of India and were rolled over for a low score. As many as ten batters failed to get into double digits. However, the quality in their line-up can’t be discounted after the poor show. It is one of the reasons why we picked five Afghanistan players in our fantasy team.

England Under-19s might edge past the Afghanistan U19s in a thrilling encounter.