Jesse Tashkoff has picked up 18 wickets and aggregated 243 runs with a fifty across 18 Youth ODIs he played thus far.

The 6th warm-up match of the ICC Under-19s World Cup 2020 will be played between New Zealand Under-19s and the United Arab Emirates Under-19s at the St Stithians Main Oval in Johannesburg.

New Zealand Under-19s will be hoping for some good match practice ahead of the mega event starting later this week. New Zealand were part of the Quadrangular series where they won only one match and finished fourth. Even that win came by virtue of poor execution in the last moments of a chase by Zimbabwe U19 side. Their first warm-up match will be against the United Arab Emirates who were part of the U19 CWC only in 2014 where they were hosts. The UAE U19s have a good number of players with International experience at senior level.

It will be a miracle to get a full match at the St Stithians Main Oval in Johannesburg as the forecast suggests rain throughout the day.

The St Stithians Main Oval in Johannesburg has not hosted any matches higher than U15 level till date. Hence, it won’t be possible to predict the nature of the track. However, given the weather around, pacers could find help with the moisture on the pitch.

Beckham Wheeler-Greenall scored 114 runs across three matches with a fifty and claimed four wickets in two innings during the Quadrangular tournament. He scored a century and took a hat-trick in one of the age group matches. Alishan Sharafu played 11 matches for the UAE Under-19s where he scored 148 runs at 29.6 and took 5 wickets as well. Jesse Tashkoff has picked up 18 wickets and aggregated 243 runs with a fifty across 18 Youth ODIs he played thus far. Ansh Tandon scored a century and two fifties across 16 innings for UAE U19s. 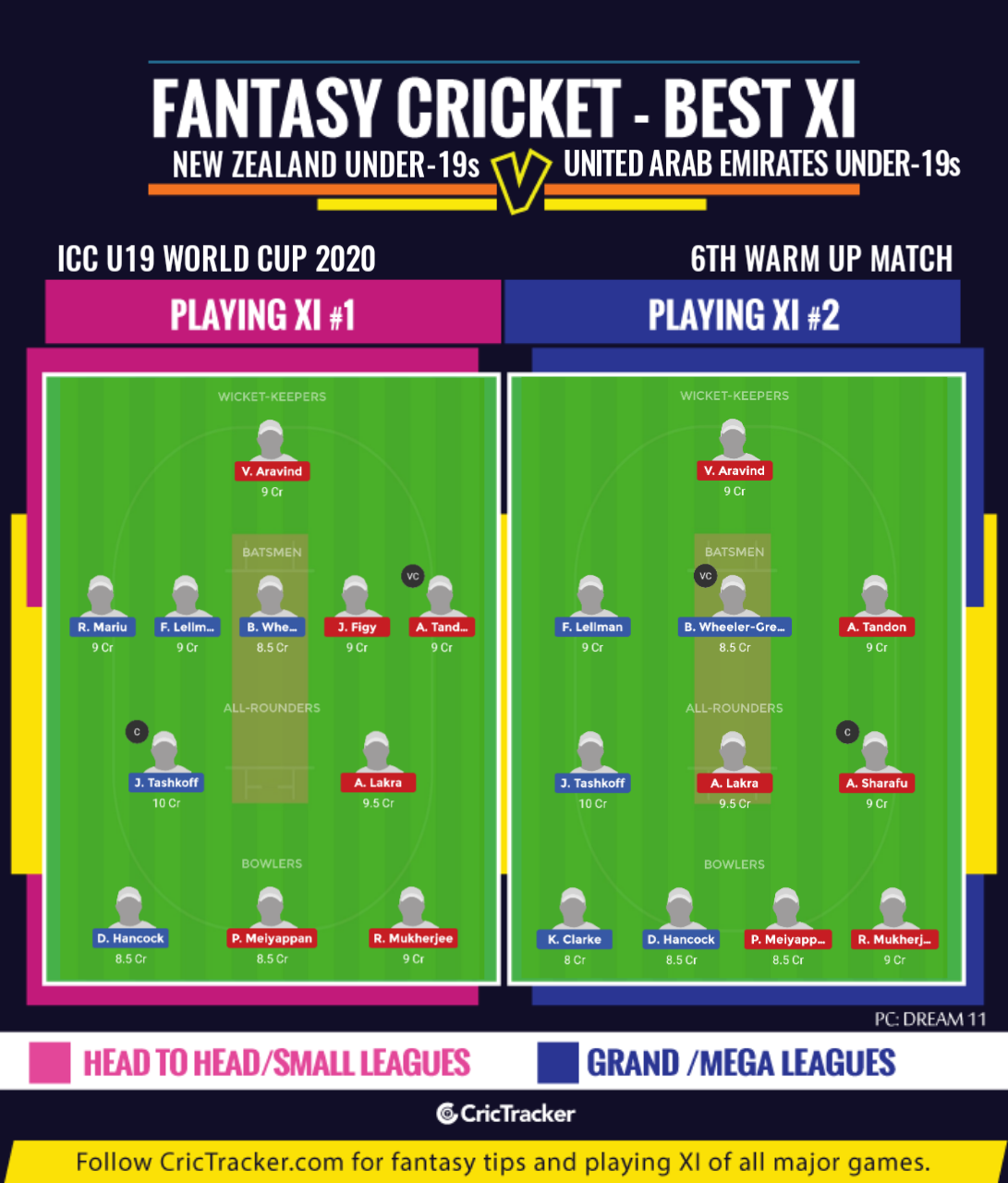 Karthik Meiyappan, Ansh Tandon, Vriitya Aravind and Jonathan Figy have got the experience of playing for the senior team in International cricket. Hence, showing preference in picking these four players will be a safe move. Picking more players from UAE squad might not be a wrong idea considering how ordinary that New Zealand team have performed in the recent U19 Quadrangular series.

New Zealand Under-19s are expected to edge past UAE U19s in a thriller.