India might make a few changes to their bowling attack much like how Australia did for their game against Nigeria.

The 11th match of the 2020 ICC Under-19s World Cup in Group A will be played between India Under-19s and Japan Under-19s at the Mangaung Oval in Bloemfontein.

India Under-19s, defending champions, expectedly made a brilliant start to their U19 CWC campaign. They defeated Sri Lanka colts by a massive margin of 90 runs. It was a complete team performance from the boys in blue and apart from a brief period in the second innings, never allowed the opposition to boss the game. No wonder, India are the favourites against the novice Japan side.

Japan Under-19s, on the other hand, are coming off a no result game against New Zealand. Not that the things were going smoothly for them as the Kiwi colts were on course for a huge total batting first. Japan had conceded 195 runs in just 28 overs picking just two wickets when the rain arrived and the game never resumed. They would be hoping to put up a better effort this time around.

The rain is likely to play spoilsport even in this game. While the day will start with thunderstorms in the mid-night, the sun will be out by the time the match begins. However, everything will change soon as the heavens are expected to open up around 1-2 PM according to AccuWeather.

Two matches played at the Mangaung Oval has so far witnessed decent batting tracks. While the UAE chased down 232 easily against Canada, India posted a mammoth 297 batting first the other day. A similar kind of track is expected to be on offer. However, with the dark clouds around, the ball might swing a bit as well.

As expected, Jaiswal was amongst the runs (59) in the previous game and also picked up a wicket with the ball. Tilak Verma (46), Priyam Garg (56), Jurel (52*) and Veer (44*) all did well with the bat. All the main bowlers were also amongst the wickets. For this game, Tyagi, Mishra and Akash Singh will be key with the new ball.

For Japan, Kazumasa Takahashi can be considered as the best player while their skipper Marcus Thurgate is also likely to earn some crucial Fantasy points. 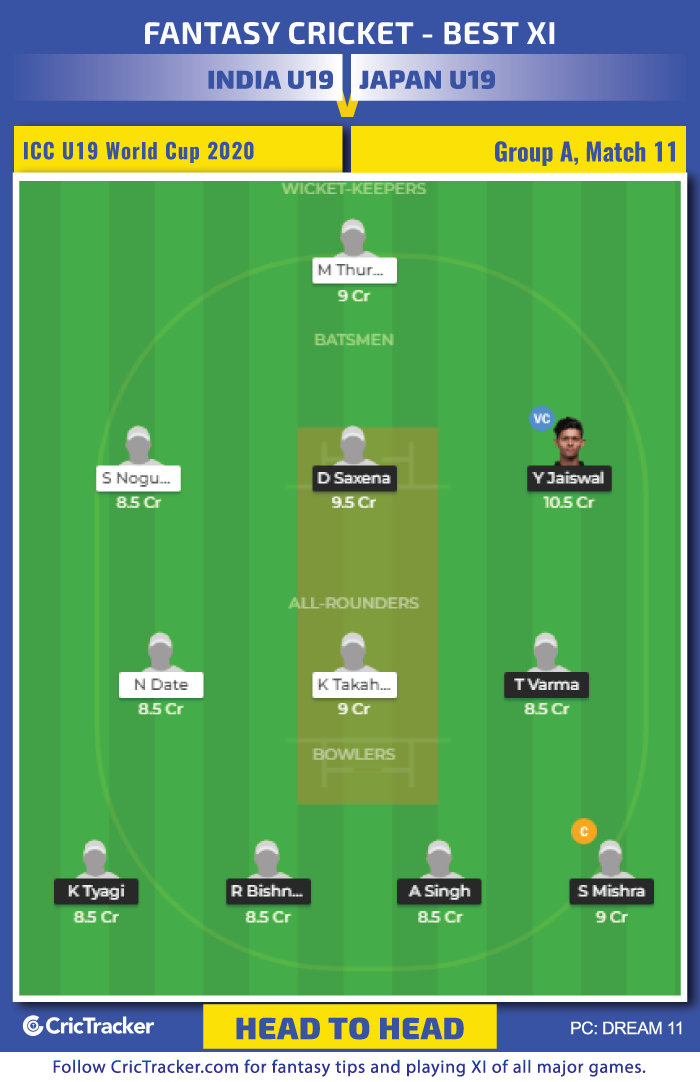 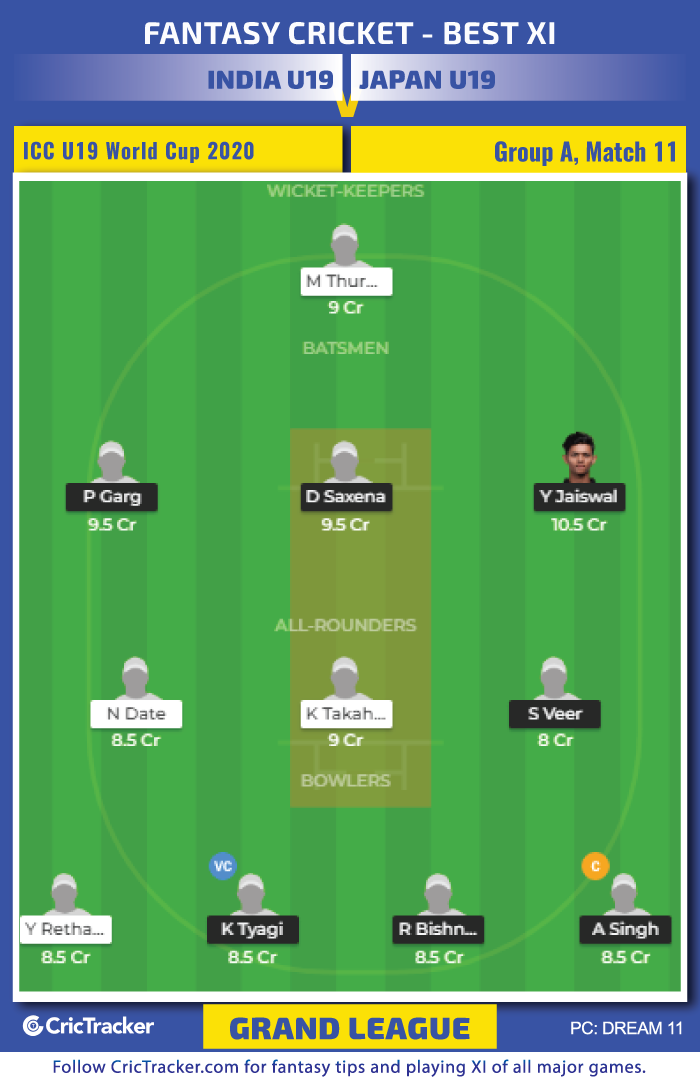 India might make a few changes to their bowling attack much like how Australia did for their game against Nigeria. Keep an eye on the playing XIs for this match before finalising your Dream11 Fantasy team.

If India is batting first, then make any of top three C and VC. In any case, it will be great having one of their bowlers as C or VC as Japan is expected to get bowled out cheaply.

India under-19s are expected to win this game.