The 7th match of the 2020 ICC Under-19s World Cup in Group A will be played between India Under-19s and Sri Lanka Under-19s at the Mangaung Oval in Bloemfontein.

This game can be viewed on Star Sports 3 in India. Live streaming available on Hotstar.

The defending champions India Under-19s will begin their campaign in the 2020 U19 CWC on Sunday where they face Sri Lanka Under-19s. The Indian team enter the competition with high hopes as they won six of the seven Youth ODIs they played in South Africa during the pre-tournament events. They won the Quadrangular tournament by winning all matches played during that. On the other hand, the Sri Lankan team will have a tough opposition in form of India in their first match as they last defeated India in U19 CWC was 22 years ago.

The Mangaung Oval could witness scattered thunderstorms after 3 PM local time. At least 65 overs play could be completed by then.

The Mangaung Oval in Bloemfontein hosted the game between Canada and UAE teams. The Canada team posted 231 while batting first which the UAE side chased down losing only two wickets. Hence, we can expect a big total from the Indian team if they bat first. However, the rain interruptions could shorten the run-feast on Sunday.

Tilak Varma and Yashasvi Jaiswal are similar in their capability with both bat and ball. However, Yashasvi is more dangerous on his day while Tilak is more consistent than any other batter in the Indian line-up and the recent tournaments prove the same. Atharva Ankolekar could well be considered as the greatest bowled in Youth ODI history as he bagged 27 wickets from 10 Youth ODI matches and his average and strike rate in this format read less than 10. Navod Paranavithana has aggregated 883 runs for the Sri Lankan U19s across 30 matches and also claimed 19 wickets. He can be a valuable option in the fantasy team if he bowls a decent number of overs every game. 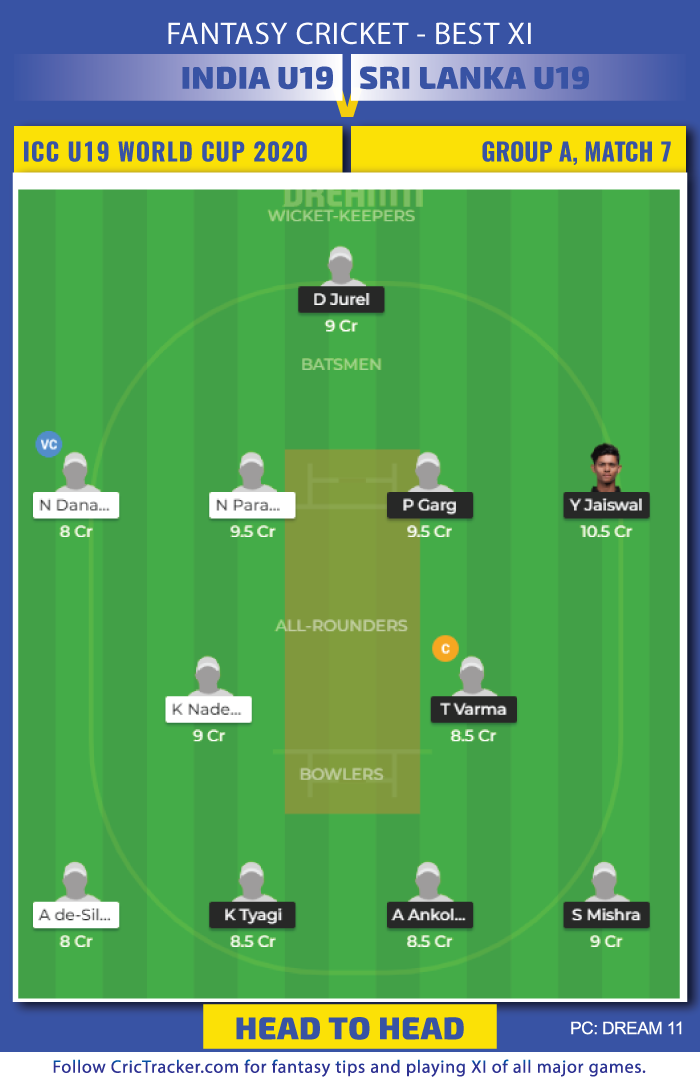 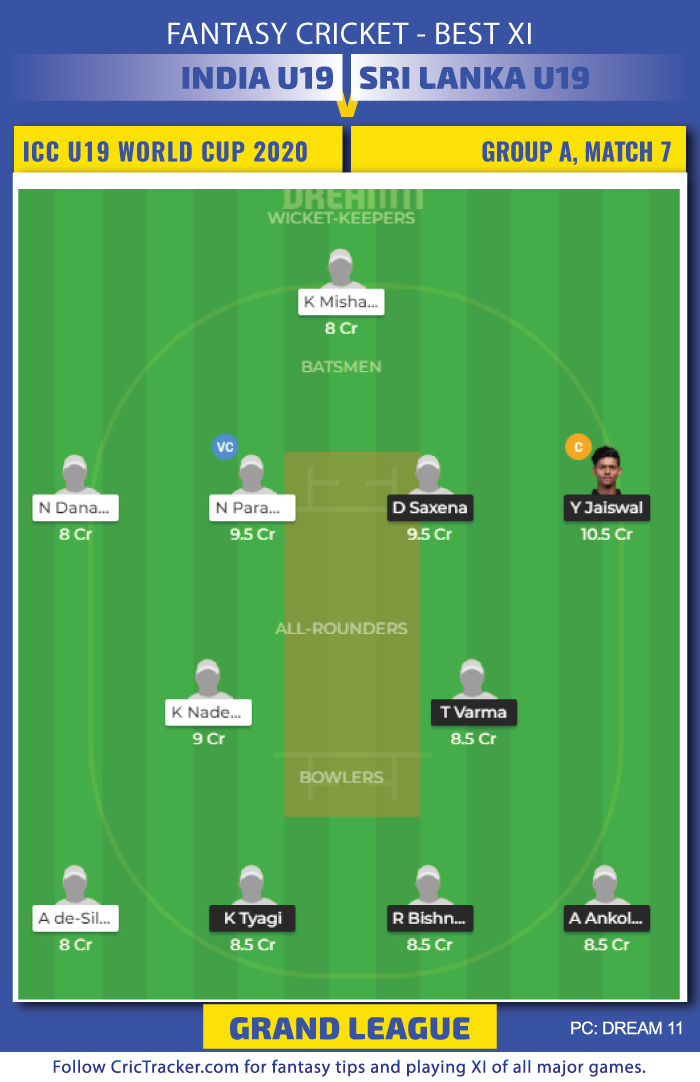 Indian team is quite strong in all aspects compared to that of the Sri Lankan team. The India U19s have hardly turned up with full strength XIs since the last U19 CWC but managed to win every event they played. This shows how strong the India team and their performances have been at this level. The Lankan team could well be outplayed on Sunday and it is the reason why we picked only four players from their squad in our Head to Head leagues team.

India Under-19s are expected to start their title defence with a big victory over the Lankans.