The 6th match of the 2020 ICC Under-19s World Cup in Group C will be played between Pakistan Under-19s and Scotland Under-19s at the North-West University No.1 Ground in Potchefstroom.

Pakistan Under-19s, one of the favourites to win the U19 World Cup will be up against the Scotland Under-19s in their first match. The Pakistan team are fresh of wins in both their warm-up matches. They thumped Nigeria by a huge margin before sealing a 4-wicket win against Sri Lanka. On the other hand, Scotland Under-19s got better of Japan team by 256 runs after posting a 320+ total. However, they lost to West Indies in the last warm-up match by 126 runs despite a decent effort with the bat.

It will be a miracle if the game between Pakistan and Scotland escapes rain threat to produce a result.

The game between New Zealand and Japan on Saturday was the first major 50-over match at the Potchefstroom’s North-West University which turned out to be a washout. New Zealand were on the way to produce a big total against a weak Japan team. The recent T20 matches played here witnessed 160+ totals. Hence, Sunday’s match promises to be a high-scoring one.

Aamir Ali has picked up 17 wickets across 9 Youth ODI matches for Pakistan U19s which includes a 4-wicket haul. He has a bowling strike rate of 30 and an average of 21. Tom Mackintosh has aggregated 438 runs across seven innings for Scotland Under-19s with help of two hundreds and two fifties. Charlie Peet is known for taking wickets in bulk as he bagged 20 wickets in seven matches for the Scotland U19s with a 7-wicket haul and also a 6-fer during the warm-up match. Haider Ali is famous for his big knocks as he aggregated 548 runs in 14 Youth ODIs with help of a hundred and five fifties. 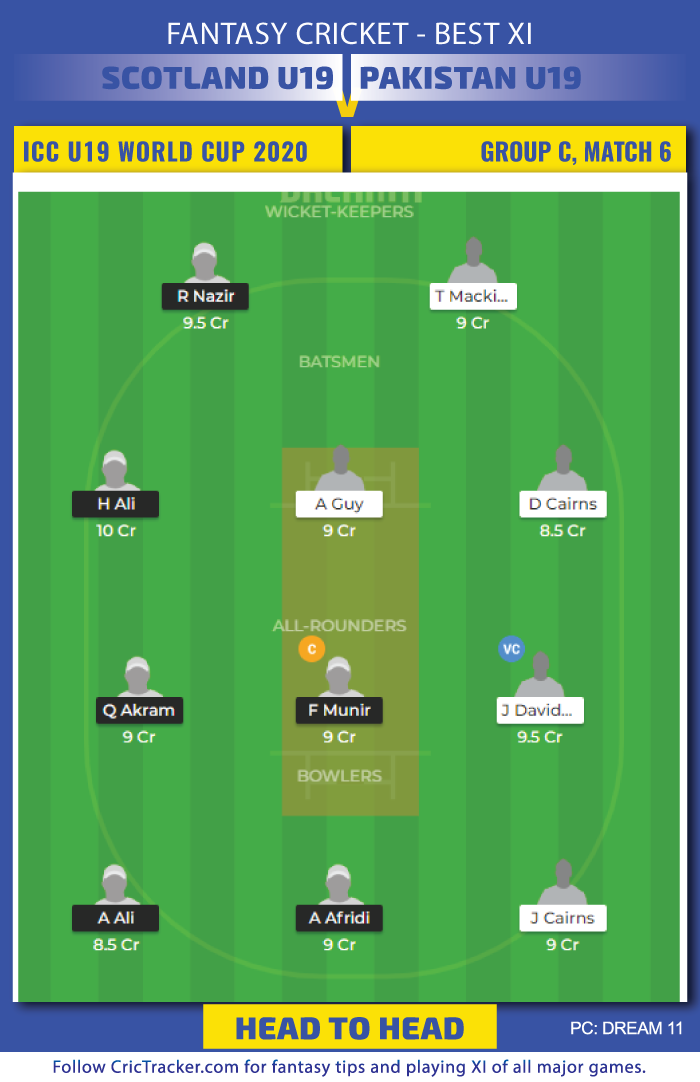 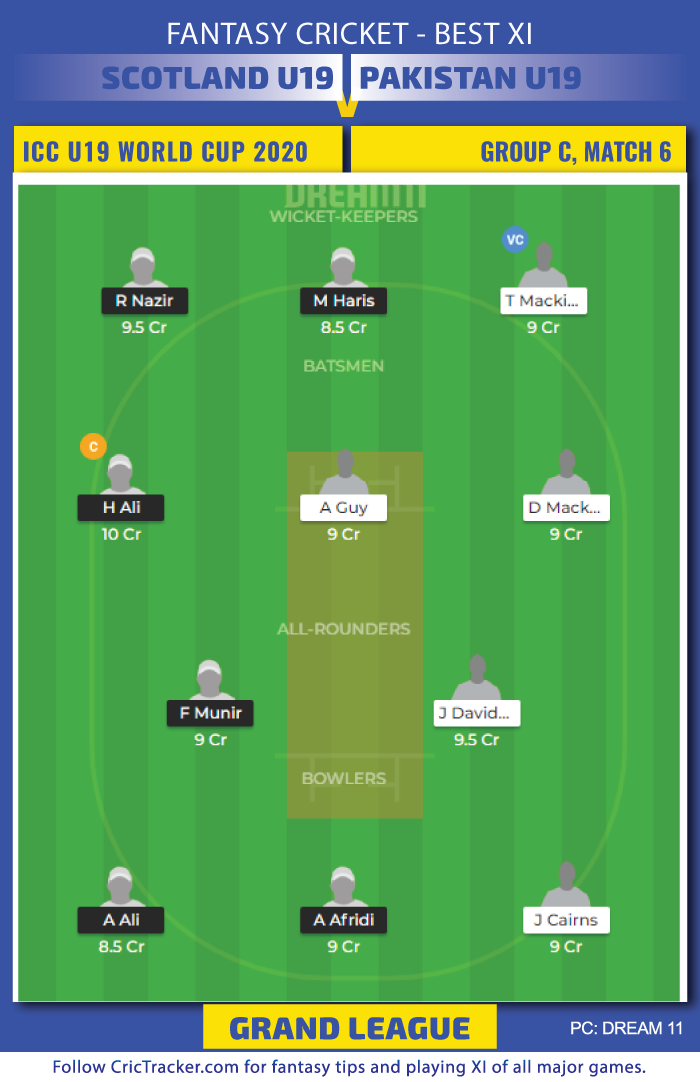 Among the associate teams in this competition, Scotland U19s seems to be a promising one which can give tough fight to the top nations. It is the reason why we have shown faith in their players and picked five players in our both Suggested XIs.

Pakistan Under-19s are expected to start their campaign with a comfortable win.