New Zealand’s bowling apart from Adithya Ashok hasn’t really been up to scratch in the tournament thus far.

The Super League Quarter-Final 2 of the 2020 ICC Under-19 World Cup will be played between West Indies Under-19s and New Zealand Under-19s at the Willowmoore Park in Benoni.

The caravan of the 2020 edition of the ICC U19 World Cup has moved on to the business end and the 2nd Super-League quarter-final will see West Indies U19s will square off against New Zealand U19s on Wednesday. Both sides have had pretty contrasting campaigns thus far. While the West Indies have been pretty dominant. They booked their place in the quarter-finals by swatting aside Nigeria [by 246 runs], Australia [by 3 wickets] and England [by 71 runs].

They come into this game on the back of a whirlwind 246-run win over Nigeria and will start as the prime contenders against a New Zealand side that barely made their way into the final eight. The Kiwis managed just a solitary win in three games. Their opening game against Japan was washed out due to rain and while they came back to win the succeeding fixture against Sri Lanka by three wickets, they were spun into a tizzy by the defending champions India in their last group-stage fixture.

It is expected to be a bright and sunny day in Benoni on Wednesday. According to the weather report, spells of sunshine is set to be the order of the day in the city on Thursday. While the temperature is set to be between 18 and 28 degrees Celsius, the humidity will hover around 41%. Chance of rain- minimal.

New Zealand U-19: Opener Rhys Mariu [179 runs at 59.66 with two half-centuries] has been the bedrock of New Zealand’s batting unit thus far. The Kiwis will once again bank on him but he’ll hope that the likes of Beckham Wheeler-Greenall [95 runs at 47.5] and Ollie White [98 runs at 40.5] give him able support. 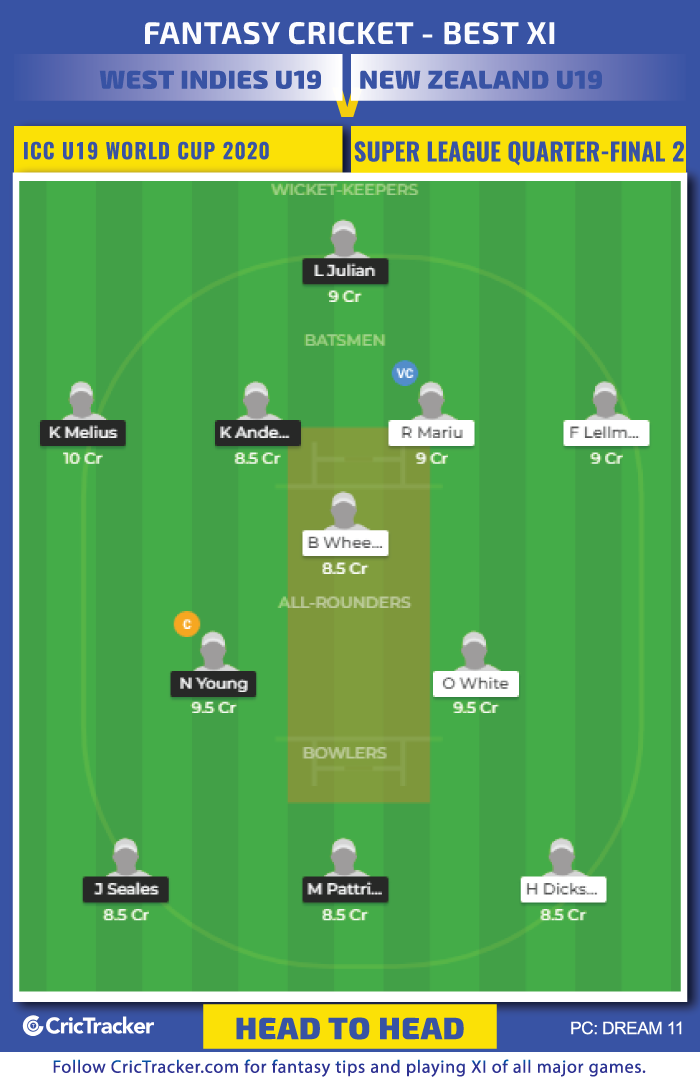 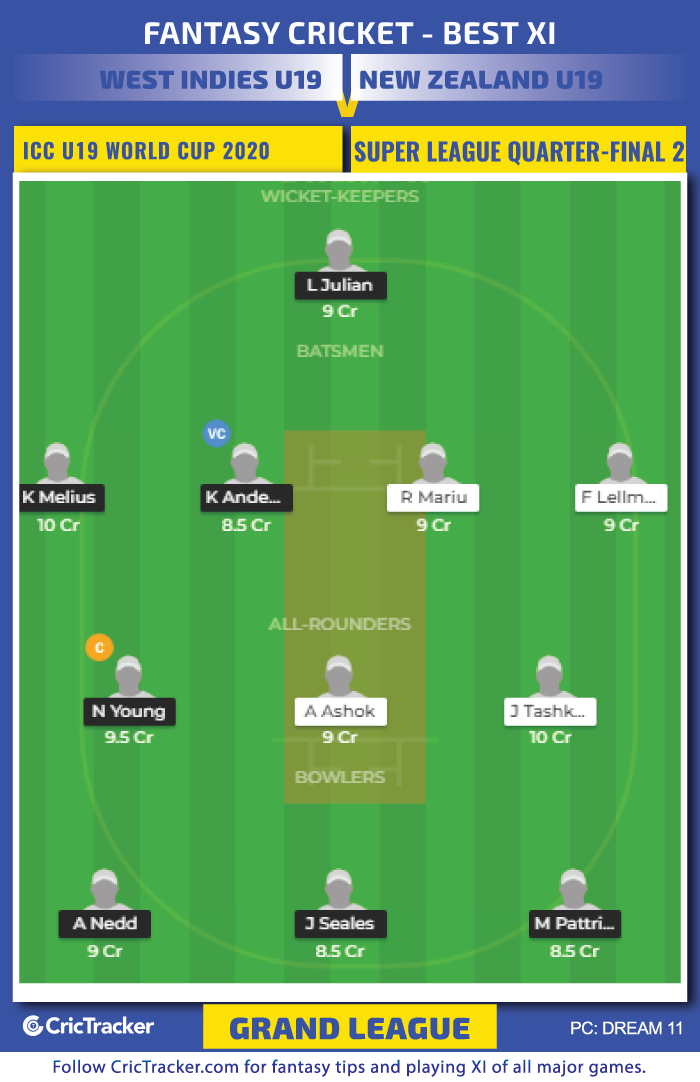 New Zealand’s bowling apart from Adithya Ashok hasn’t really been up to scratch in the tournament thus far while on the other hand, the West Indian bowlers like Jayden Searles and Nyeem Young have been absolutely brilliant. Hence, it would be advisable to pick more bowlers from the West Indies line-up. You can opt for Nyeem Young as captain since he is someone who can contribute with the bat as well.

West Indies U19 is expected to come out as the winners.