India will be the favourites to win this match.

India Under 19 are all set to clash with Ireland Under 19 in the 15th match of ICC Under 19 World Cup on Wednesday. The four-time title winners announced their arrival by defeating South Africa Under 19 in their opening fixture. They will be looking forward to continuing the same tempo for the rest of the tournament.

Talking about Ireland Under 19, they are also on the same boat as India Under 19, having won their first match against Uganda Under 19. Batting first, Ireland Under 19 posted 236 runs and then bowled out the opposition for 197 runs. So, it is going to be an exciting battle and a win here will confirm the place in the playoffs for both teams.

It’s a balanced wicket. It’s not that easy to score boundaries here and hence strike rotation will be crucial. The spinners will play a key role in the middle phases of the game. Anything over 250 is a good score here.

Yash Dhull played a captain’s knock in the first match against South Africa Under 19. He scored 82 runs from 100 balls with the help of 11 fours and is expected to aggregate more runs in this match.

Vicky Ostwal has bowled exceptionally well in the last match against South Africa Under 19. The youngster went on to scalp 5 wickets while conceding just 28 runs in his 10-over spell.

Joshua Cox has proved his worth with the bat in the first match against Uganda Under 19. The latter scored a match-winning hundred and remained unbeaten on 111 runs, which included 8 fours and a six.

Matthew Humphreys did a good job with the ball in the last match. He went through the batting line-up of the opposition and scalped 4 wickets and conceded just 25 runs in his spell. 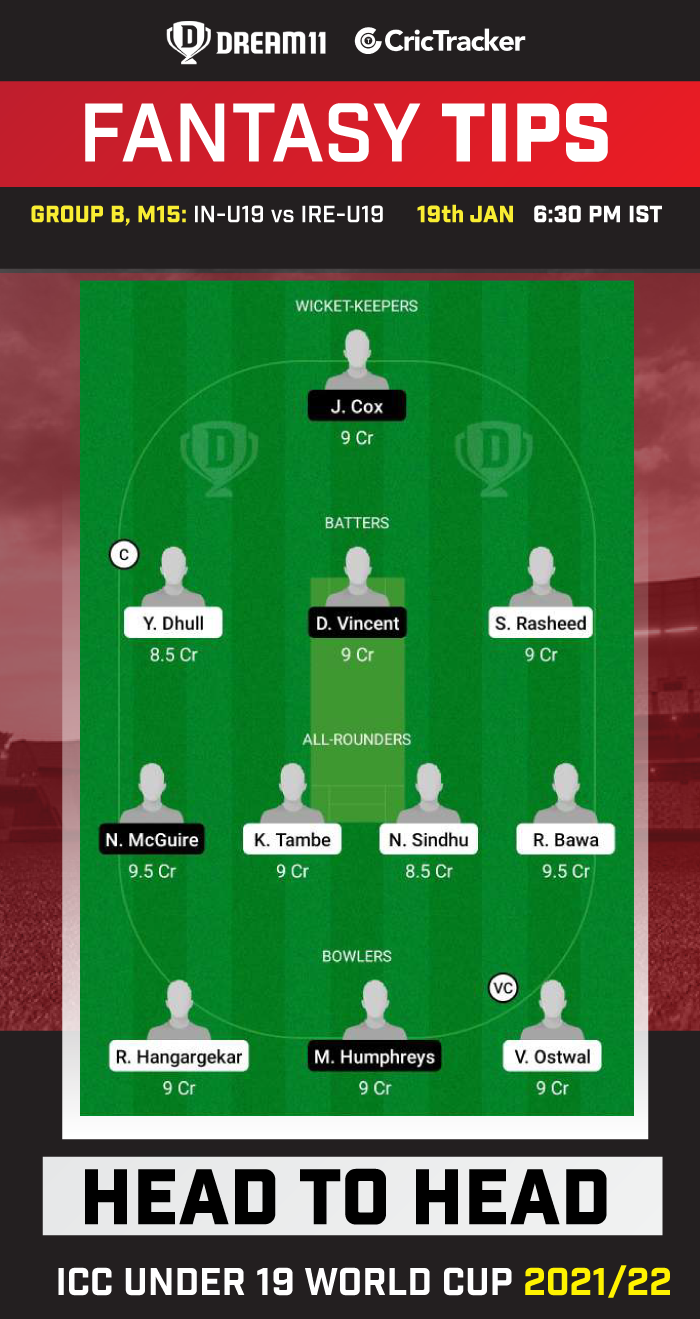 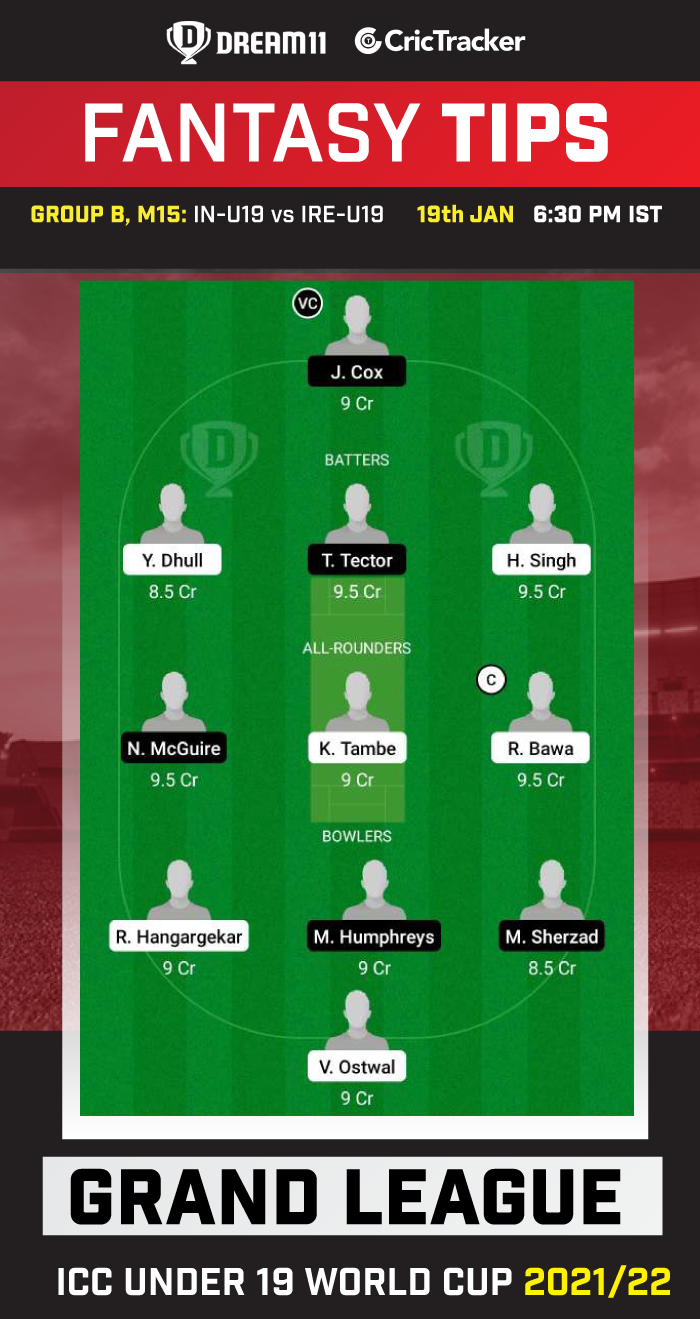