Harnoor Singh is a class player and a must pick for your fantasy teams.

India Under 19 are all set to clash with South Africa Under 19 in the 4th match of ICC Under 19 World on Saturday. This match is scheduled to play at the Providence Stadium, Guyana in West Indies. The four-time title winners have got an emphatic start to their tournament campaign with back-to-back wins in the warm-up games. They will look to continue the same tempo for the rest of the competition.

Talking about South Africa Under-19, after their first match was called off, South Africa stepped out with a positive intention in the second warm-up match against West Indies Under 19. They have got capable players in their line-up in the likes of Dewald Brevis, George van Heerden, and Ethan Cunningham. Hence, we can expect a thriller of a contest between these two sides on Saturday.

Ireland Under 19 vs Sri Lanka Under 19, Warm-up Match

It’s a balanced wicket. It’s not that easy to score boundaries here and hence strike rotation will be crucial. The spinners will play a key role in the middle phases of the game. Anything over 240 is a good score here.

Harnoor Singh is an impressive young talented batter who had a great outing in his last warm-up match against Australia Under 19. He scored an unbeaten 100 off 108 balls with the help of 16 boundaries.

Following him, SK Rasheed played well from the other end in the same match. He also returned to the dressing room after scoring 72 runs and would like to aggregate more in the upcoming fixture.

George van Heerden played a captain’s innings of 61 runs in the last warm-up match against West Indies Under 19. He would be a good pick for your fantasy teams.

Dewald Brevis is a talented all-round cricketer. In his last outing, he scored 50 runs against West Indies Under 19 with the help of 4 fours and 2 sixes. He is expected to be the key player for South Africa Under 19 in the upcoming game. 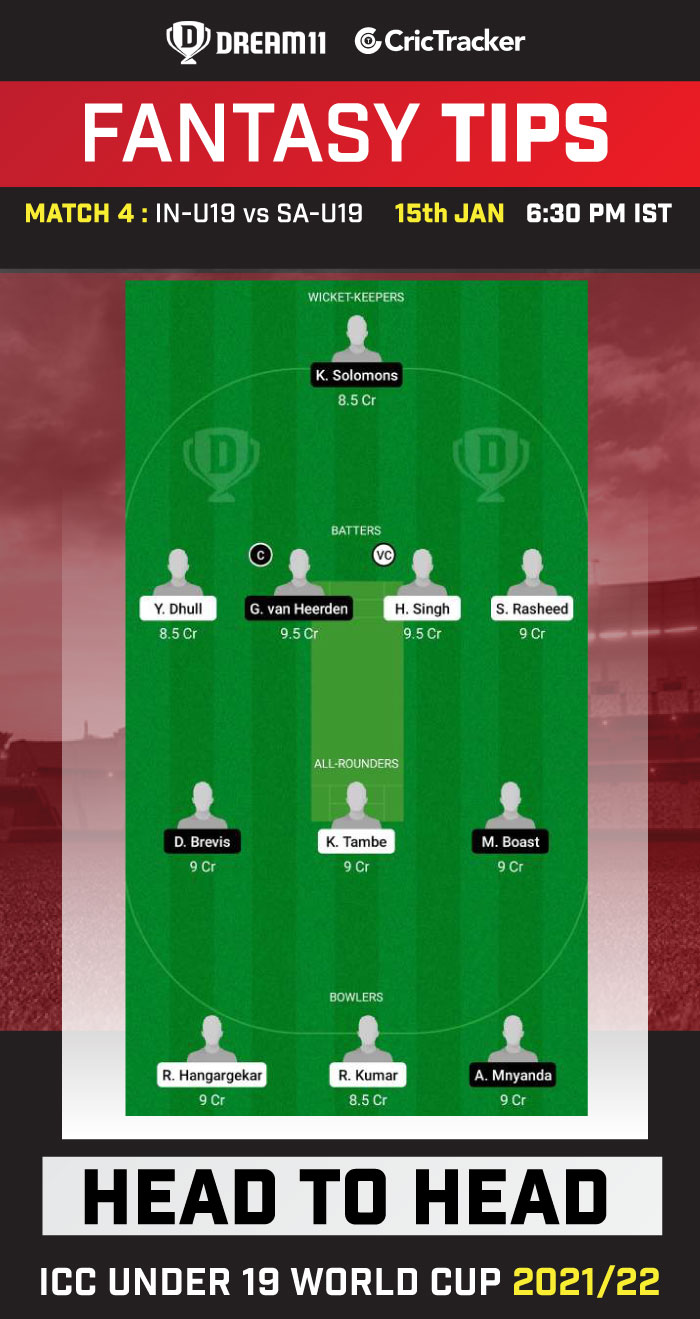 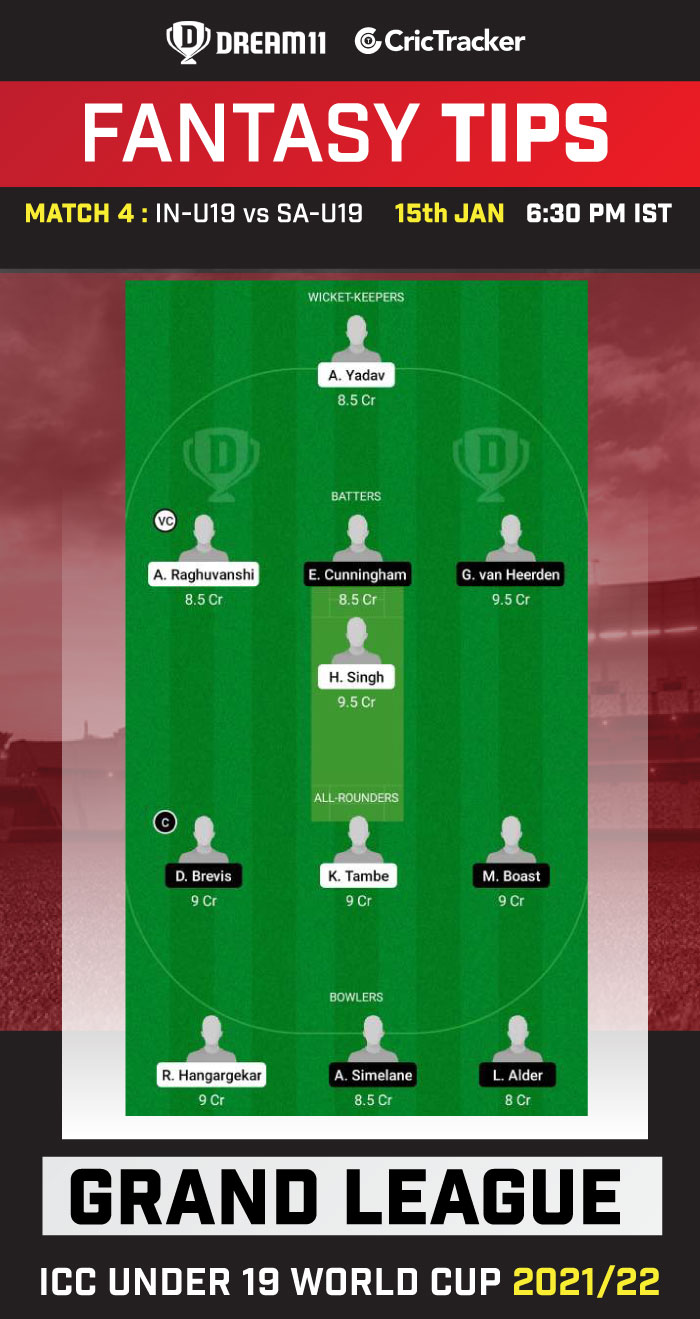 India Under 19 is expected to win this match.