Zimbabwe U19 are expected to win this game.

Zimbabwe U19 and Papua New Guinea U19 will take on each other in the sixth match of the ICC Under 19 World Cup 2021/22. Both the teams are placed in Group C along with Pakistan U19 and Afghanistan U19.

Papua New Guinea also played two warm up matches against UAE U19 and England U19. The team lost both these games by a margin of over 200 runs. PNG failed in all the departments and will have to be on its toes to excel in the tournament.

Zimbabwe Under 19 vs Papua New Guinea Under 19, Match 6

The Queen’s Park Oval was not used during the warm-up games and it will be the first game of the Under-19 World Cup on this ground. Overall, the ground has hosted 64 ODIs out of which the team batting second has won 34 while the remaining 30 matches have been won by the team batting first. The average score on this ground is 223 runs, which suggests that the pitch here might not have enough for the batters. A score above 300 runs has been scored only on eight occasions on this ground.

Emmanuel Bawa made 61 runs in the warm-up game against Canada at a strike rate of 82.43. He was the leading run-scorer as Zimbabwe made 208 runs for the loss of seven wickets.

Brian Bennett made 130 runs in four matches against Ireland during the three-match series at an average of 43.33 and a strike rate of 73.86. He hit one half-century in the four match series.

Barnabas Maha made 36 runs in three matches during the ICC Under-19 World Cup Qualifier East Asia-Pacific Region. He also picked four wickets at an average of 11, an economy of 6.94, and a strike rate of 9.5.

Peter Karoho was one of the two batters who could make a double-digit score against England U19 during the warm-up game. The 18-years-old batter opens the innings and might play a key role as the tournament will progress further. 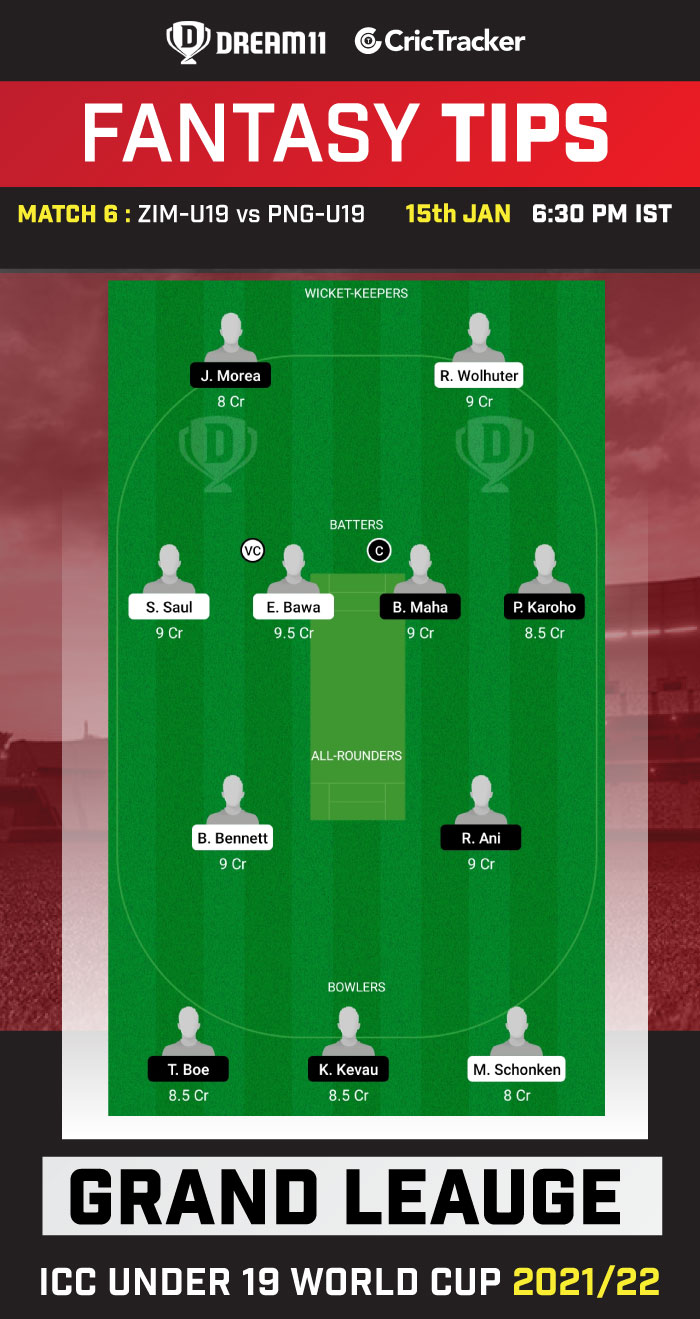 Zimbabwe U19 are expected to win this game.