Ireland Under 19 are likely to win this match.

Ireland Under 19 and Zimbabwe Under 19 will be playing the Plate Semi-Final 2 of the ICC Under 19 World Cup 2021-22. Ireland was a part of Group B along with India Under 19, South Africa Under 19, and Uganda Under 19. Ireland played the Plate Quarter-Final 2 against Canada Under 19 and won the match by 94 runs.

Zimbabwe was a part of Group C along with Papua New Guinea Under 19, Pakistan Under 19, and Afghanistan Under 19. Zimbabwe played the Plate Quarter-Final 3 against Scotland Under 19 on January 26 and won the match by 108 runs.

Ireland U19 vs Zimbabwe U19, Plate Semi-Final 2

The pitch is likely to provide a lot of support to fast bowlers throughout the match. The batters will need to spend more time in the middle to gain assistance.

Philippus le Roux has made 151 runs in four matches at an average of 50.33 and a strike rate of 67.41. He has hit a half-century in the tournament.

Matthew Humphreys has taken seven wickets in four matches at an average of 25, an economy of 4.86, and a strike rate of 30.8.

Brian Bennett has made 110 runs in four matches at an average of 27.50 and a strike rate of 88. He has hit one half-century. 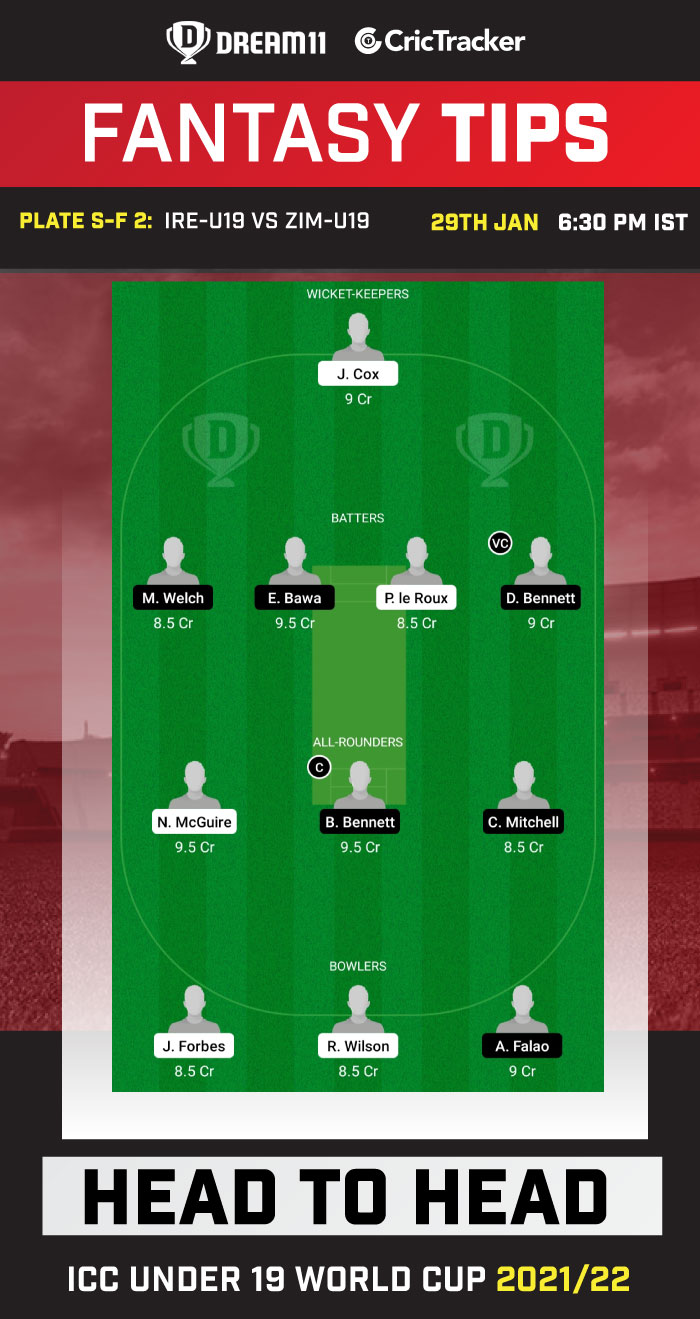 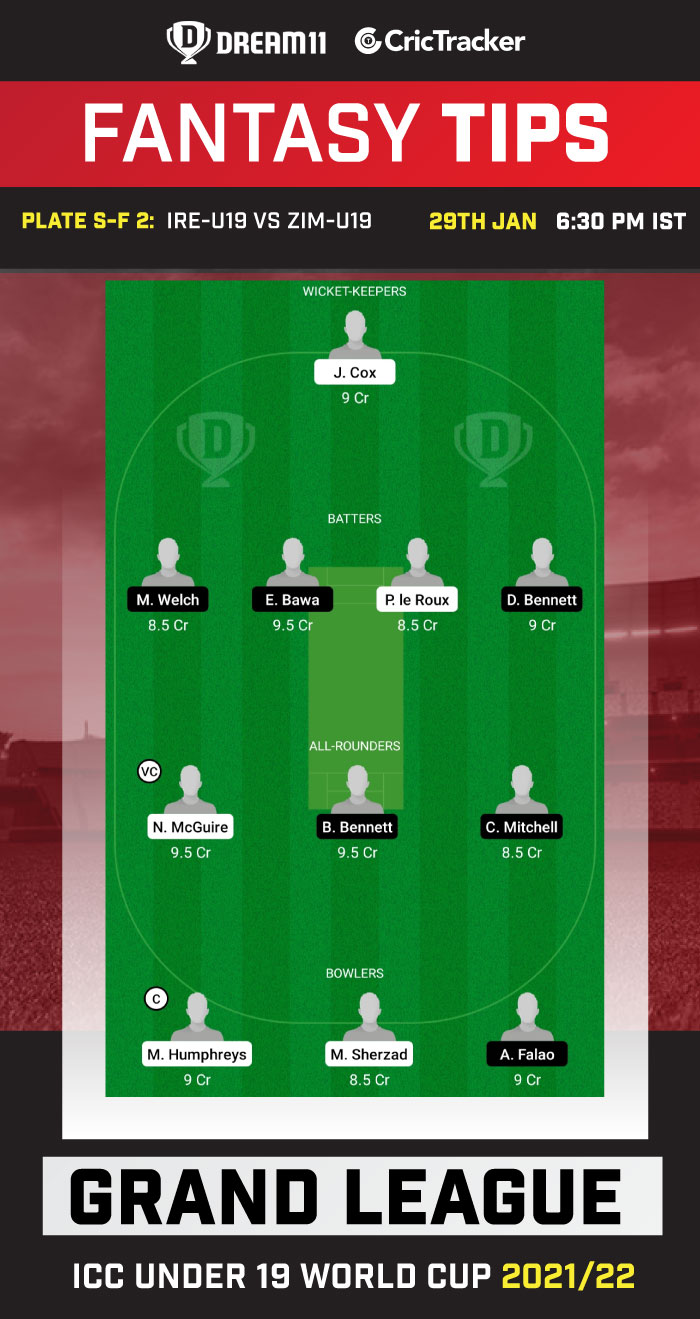 Ireland Under 19 are likely to win this match.