Harnoor Singh is expected to shine in this match.

Australia Under 19 will take on India Under 19 in the Warm-up match of the ICC Under 19 World Cup 2021/22 on Tuesday. Australia Under 19’s first warm-up game against South Africa Under 19 was abandoned without a single ball being bowled. It’s another opportunity for the Aussie boys to prepare themselves ahead of their 1st game against West Indies Under 19, which is scheduled for the 14th of January.

India Under 19, on the other hand, made a good start for their tournament campaign with an emphatic win in their first warm-up game over West Indies Under 19 by 108 runs. Middle-order batters stepped in and scored runs fluently to take the total to 278 runs on the board. The bowlers were too good in the second half and didn’t concede enough runs and bowled out the opposition for just 170 runs.

Australia Under 19 vs India Under 19, Warm-Up Match

The wicket looks good to bat on and the batters need to play long in order to put more runs on the board. There is plenty of assistance for the spinners as well. Whoever wins the toss should bat first.

Cooper Connolly is representing Australia for the second time in the ICC Under 19 World Cup. He will be leading the side in this tournament. He is an excellent batter and a good pick for your fantasy teams.

Indian origin player Nivethan Radhakrishnan is a well-known name in the Australian age group category. He has a decent record in this year’s domestic season for his club.

Yash Dhull played a captain’s innings of 52 runs in the first warm-up game against West Indies Under 19. He can be a good pick for your fantasy teams.

Nishant Sindhu played a vital knock in the first warm-up game against West Indies Under 19. He scored unbeaten 78* runs from 76 balls with the help of 7 fours and 3 sixes. 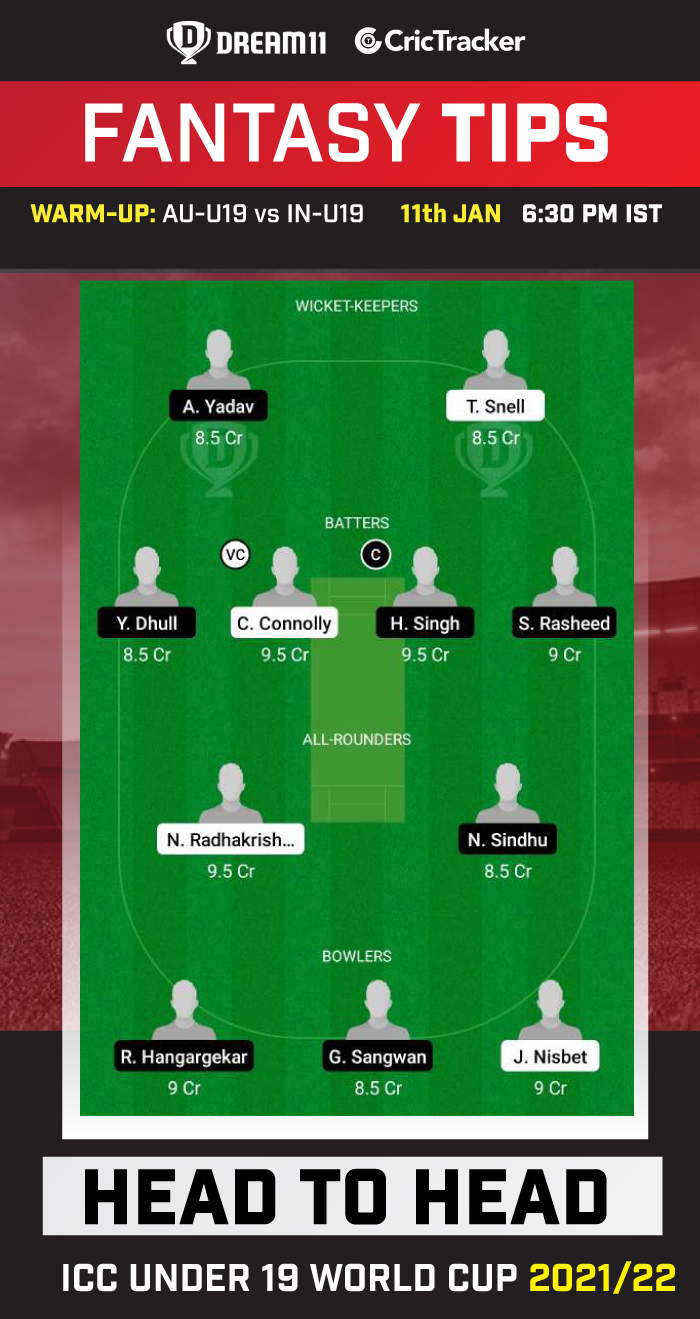 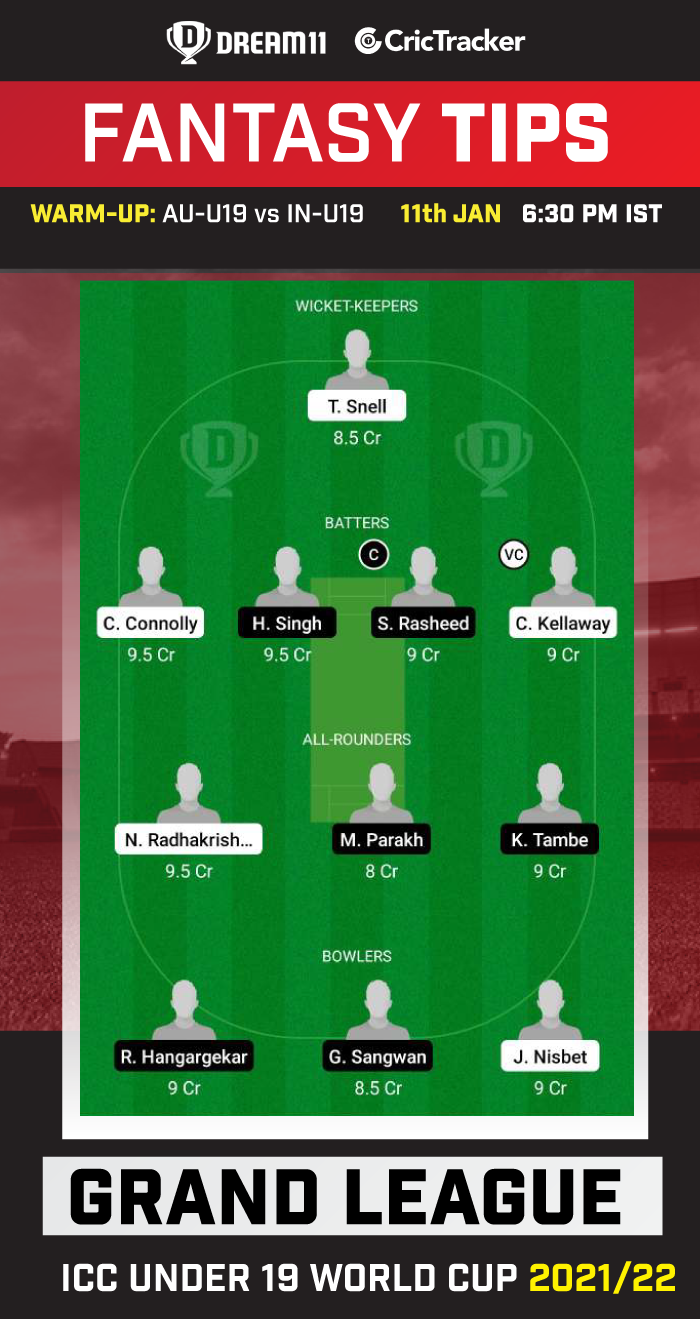