Cooper Connolly was a part of the Australian squad in the 2019/20 Under 19 World Cup.

Australia Under 19 will take on South Africa Under 19 in the warm-up game of the ICC Under 19 World Cup on Sunday. Australia Under 19 have won this tournament three times before and are iming for their 4th title this year. The last time they had won back in 2010 under the leadership of Mitchell Marsh who went on to play for Australia in all forms of the game. Cooper Connolly will lead Australia in this World Cup.

South Africa Under 19, on the other hand, have held their hands on the trophy once back in 2014. They have spent more time here in West Indies over the last 2-3 weeks. They drew the series 2-2 against the Caribbeans which would have given them plenty of boost heading into this World Cup.

Australia Under 19 vs South Africa Under 19, Warm-Up Match

Everest Cricket Club Ground has hosted many domestic matches before. Considering the previous results, we can say it’s a balanced surface with equal purchase for both batters and bowlers. Anything over 250 is a good score here.

Cooper Connolly has already represented Australia Under 19 in the previous edition and that experienced will surely help him a lot in this marquee event. In his last 4 matches, he has scored 75 runs with the best score of 64.

Nivethan Radhakrishnan is an ambidextrous bowler and he can bat as well. He had a good domestic season for his club in Tasmania where he has scored over 600 runs.

Dewald Brevis was the top performer with the ball for South Africa U19 in the 4-match series against West Indies U19. He picked up 10 wickets in 3 matches at an economy of 3.53 and has also scored 24 runs with the bat.

Ethan Cunningham made vital contributions with the bat for South Africa U19 in the last series against West Indies U19. In 3 matches, he has scored 58 runs at an average of 19.33. 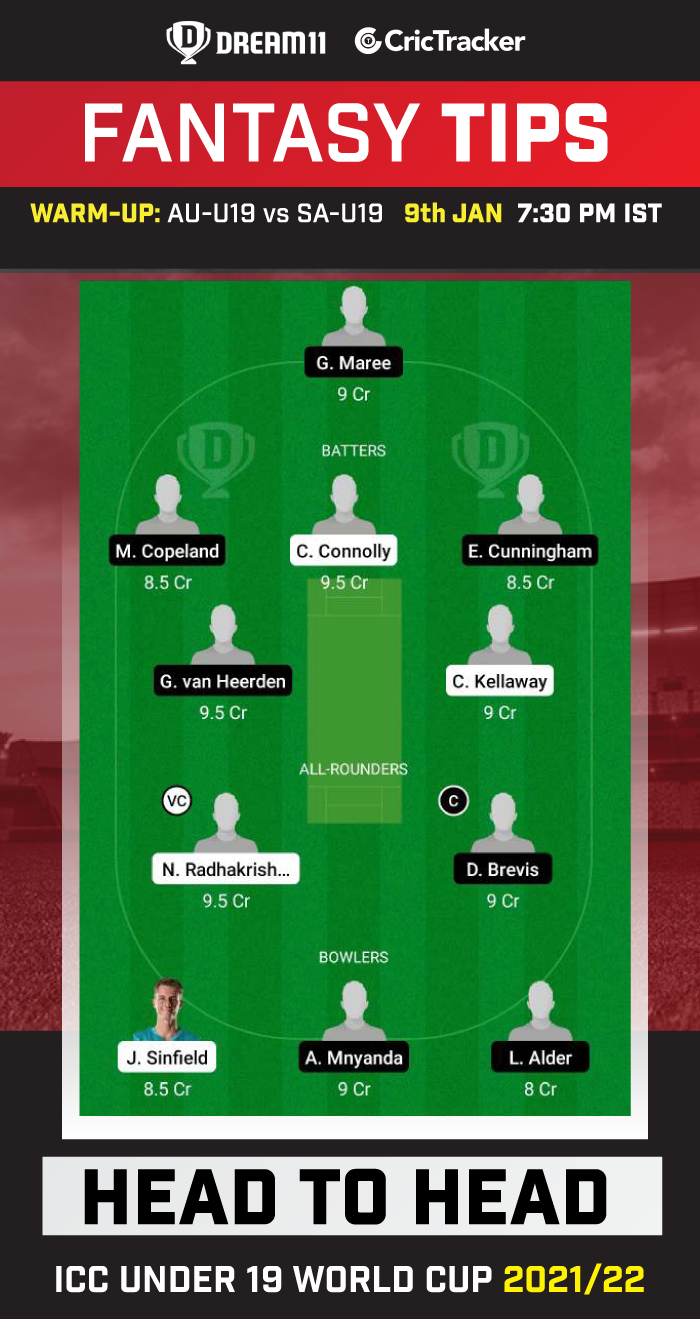 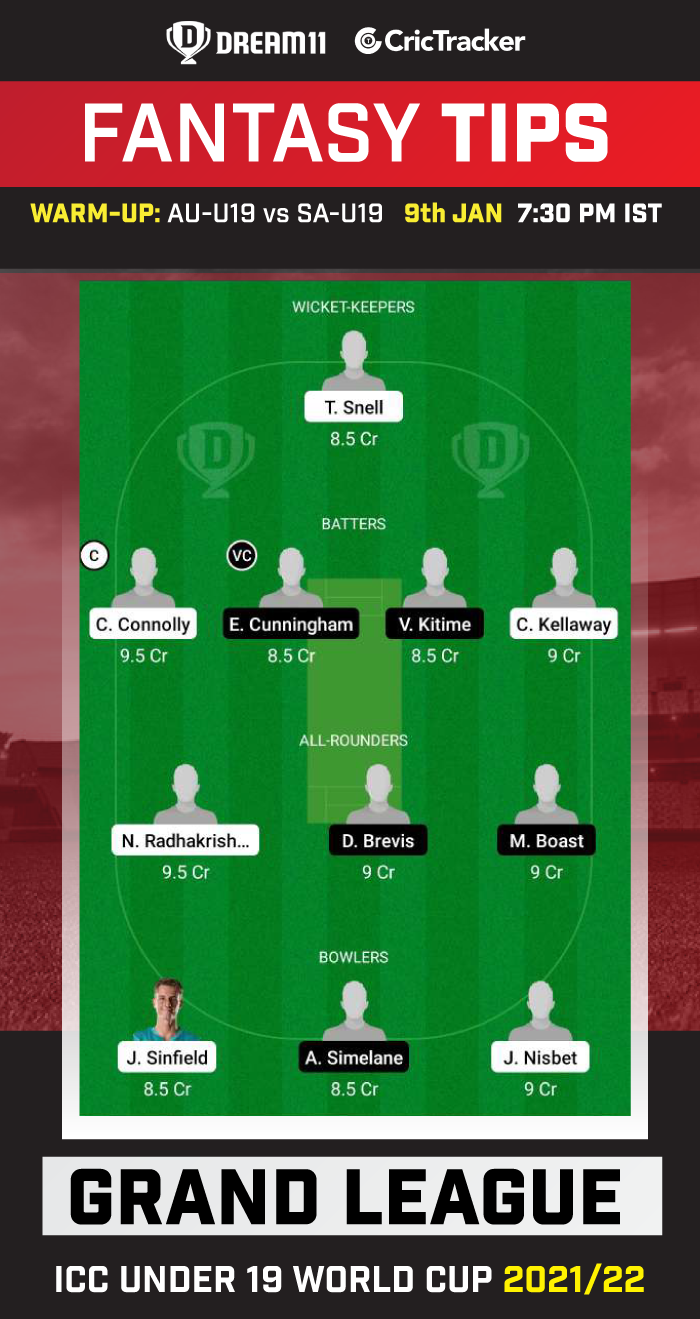 Australia Under 19 are expected to win this match.