England Under 19 are going to take on Papua New Guinea Under 19 in the 17th warm-up match of the ICC Under 19 World Cup 2021-22 on Wednesday. Preparations are going well in both camps and this match will aid the teams to get acclimatized to the conditions furthermore.

On the other side, England Under 19’s first match has been abandoned without being a single ball bowled. Papua New Guinea Under 19 first match has been called off after 49 overs being bowled by them. PNG bowlers have been dominated by the opposition batters all around the park. Hence, we can expect a good battle between these two teams on Wednesday.

England Under 19 vs Papua New Guinea Under 19, Warm-Up Match

The pitch at this venue looks to favour the batters more than the bowlers. The bowlers have to hit the right line and length to contain the run flow on this wicket. As the game progresses, it is expected to become slower and start assisting the spinners as well.

William Luxton would be a good buy for your fantasy teams. He has scored 165 runs in seven matches at an average of 33.

James Coles could be a punt pick for your fantasy teams. He has scored 95 runs with the bat and has picked up 8 wickets with the ball as well. He has been selected by less than 2 percentage of users at the time of writing.

Ryan Ani has bowled well quite tight in the last match against the United Arab Emirates Under 19. He picked up a crucial wicket and helped his team to bounce back in the game.

The skipper of the side, Barnabas Maha has also bowled well in the first spell for his team. He picked up a wicket while conceding just 13 runs from four overs he bowled. 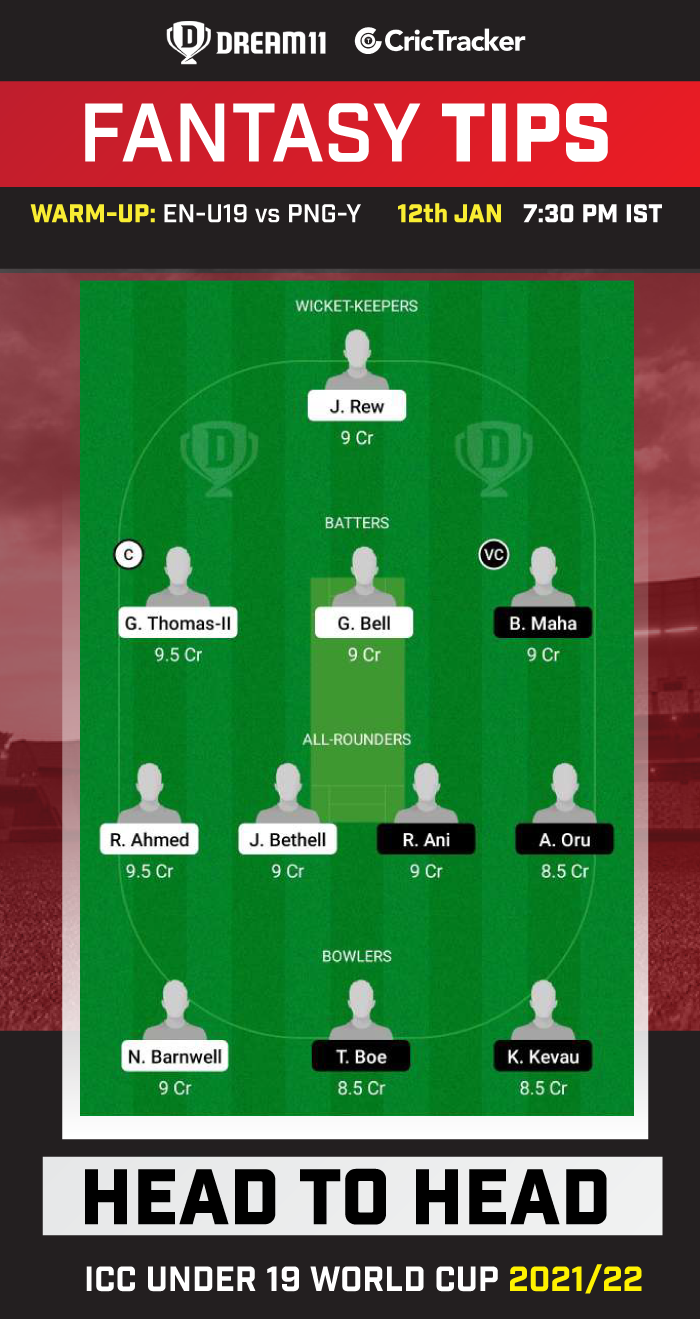 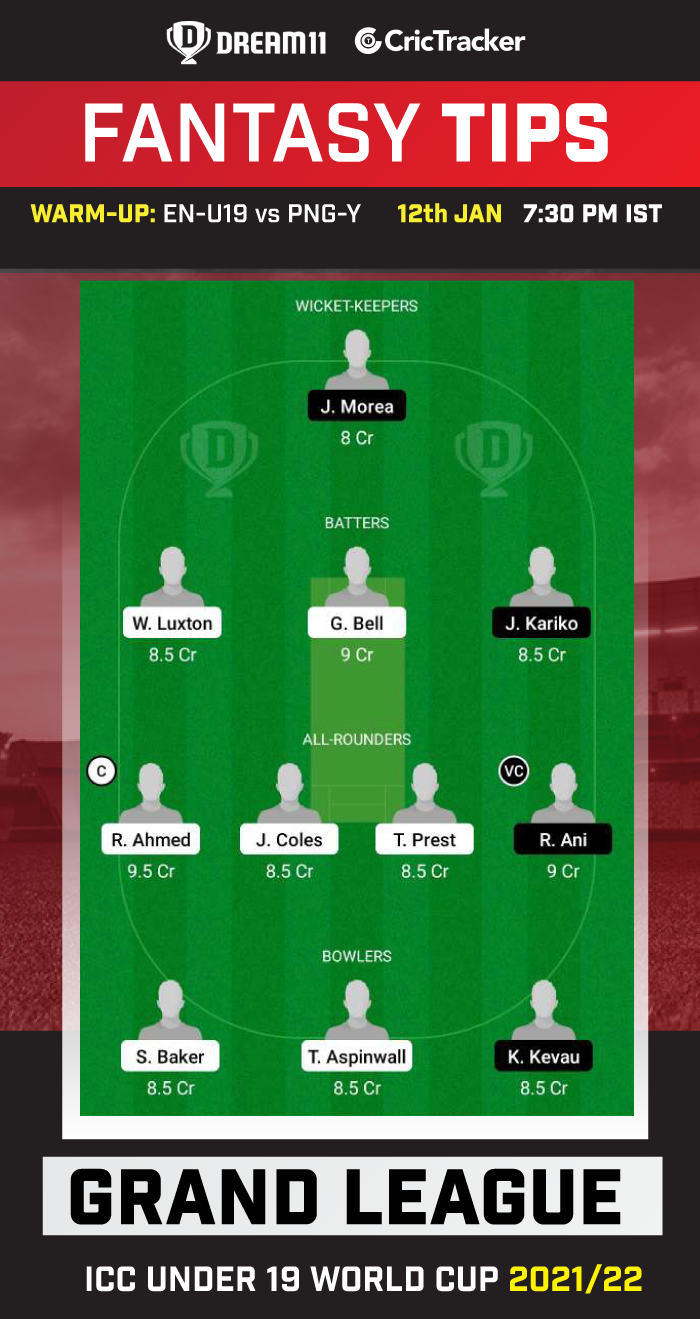