Joshua Cox is expected to shine in this match.

The 16th warm-up match of ICC Under 19 World Cup 2022-22 is going to be played between Ireland Under 19 and Scotland Under 19 on Monday. This match is scheduled to play at the Everest Cricket Club, Georgetown in West Indies.

Though the wicket looks good for batting, it’s not easy for the batters to aggregate runs on this track. Even the score of  200 is defendable if the bowlers stick to their game plans.

Joshua Cox came in when his team was struggling on 6 for 2 and played a crucial knock of 44 runs with the help of 3 fours. He will be a good choice for your fantasy teams.

Nathan McGuire is the other player to be picked up from Ireland Under 19 side. He picked up 2 wickets and conceded 40 runs in his spell.

Charlie Tear got a good start in the first match against Uganda Under 19. He remained unbeaten on 38 runs that includes 5 boundaries.

Following him, Sam Elstone has assisted him well from the other end. After losing the first wicket, he stood strong on the other end and accumulated 25 runs before the game has been called off. 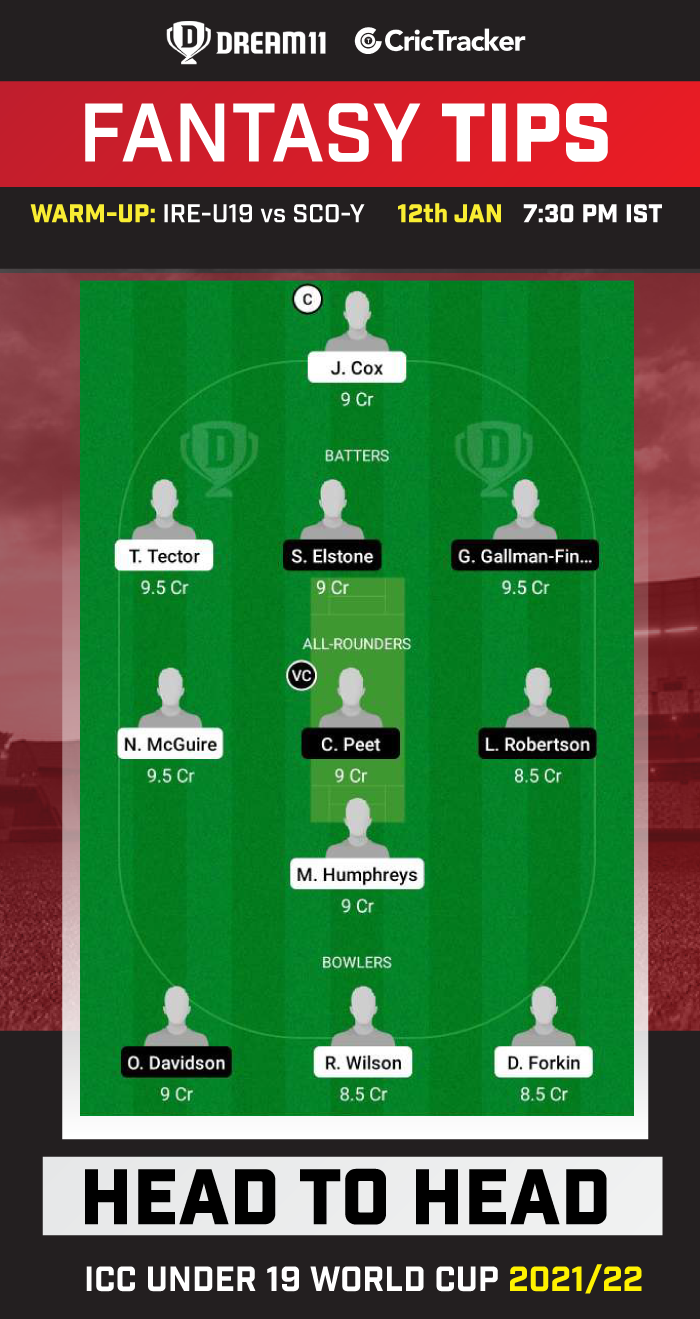 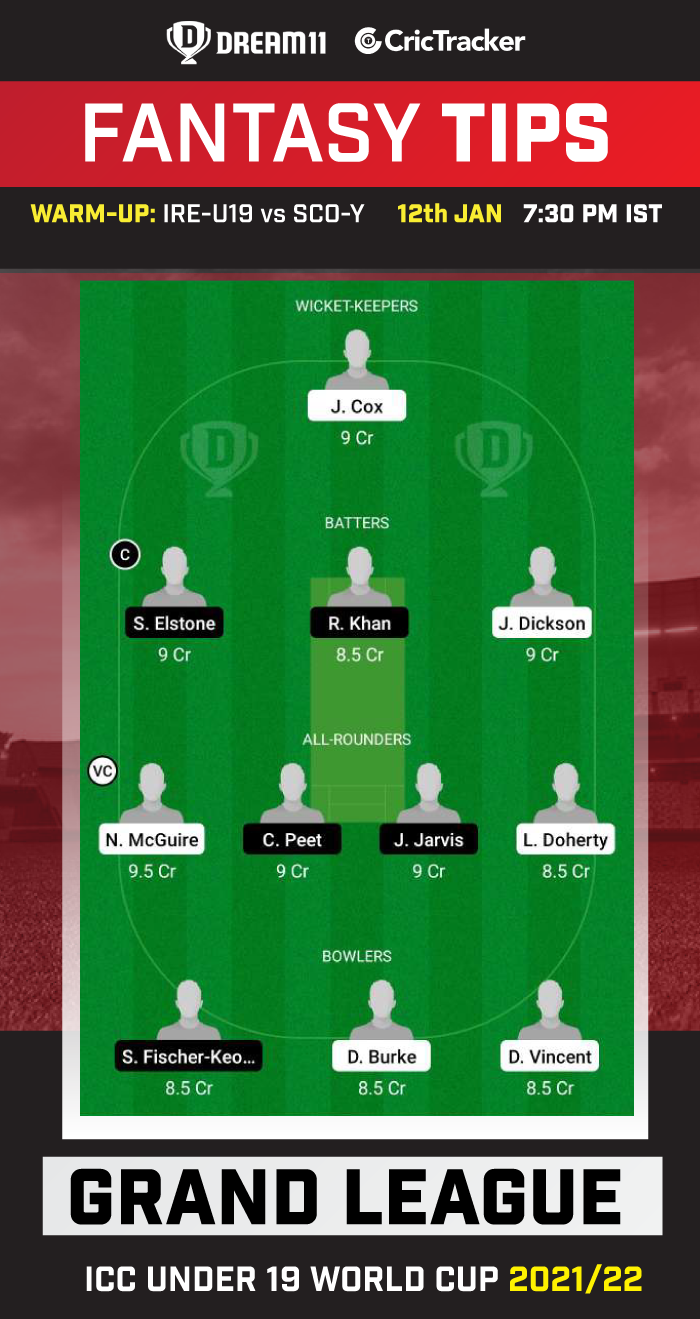 Ireland Under 19 are expected to win this match.