Sri Lanka Under 19 are expected to win this match.

The 7th warm-up match of ICC Under 19 World Cup 2022-22 is going to be played between Ireland Under 19 and Sri Lanka Under 19 on Monday. This match is scheduled to play at the Providence Stadium, Guyana in West Indies. Ireland Under 19 wouldn’t have much experience playing in the West Indies backyard.

Coming to Sri Lanka Under 19, they have made it to the finals two times in this tournament, but couldn’t hold their hands on the trophy. However, they have some talented players on the paper and would look to start their tournament campaign with a positive attitude. Hence, we can expect a competitive battle between these two teams on Monday.

Ireland Under 19 vs Sri Lanka Under 19, Warm-up Match

Though the wicket looks good for batting, it’s not easy for the batsmen to aggregate runs on this track. Even the score of  200 is defendable if the bowlers stick to their game plans.

Jack Dickson has been decent with the bat in the last five matches he played for his team. He scored 53 runs and will be looking to aggregate more in the upcoming match.

Nathan McGuire is the other player to be picked up from Ireland Under 19 side. He has piled up 169 runs in 8 matches at an average of 28.16.

Sadisha Rajapaksa is a must-have player in your fantasy teams. He has scored 191 runs in his last five outings and also picked 3 wickets with the ball.

Treveen Mathews is expected to lead the bowling attack for Sri Lanka Under 19. In the last five games, he has scalped 8 wickets for his team. 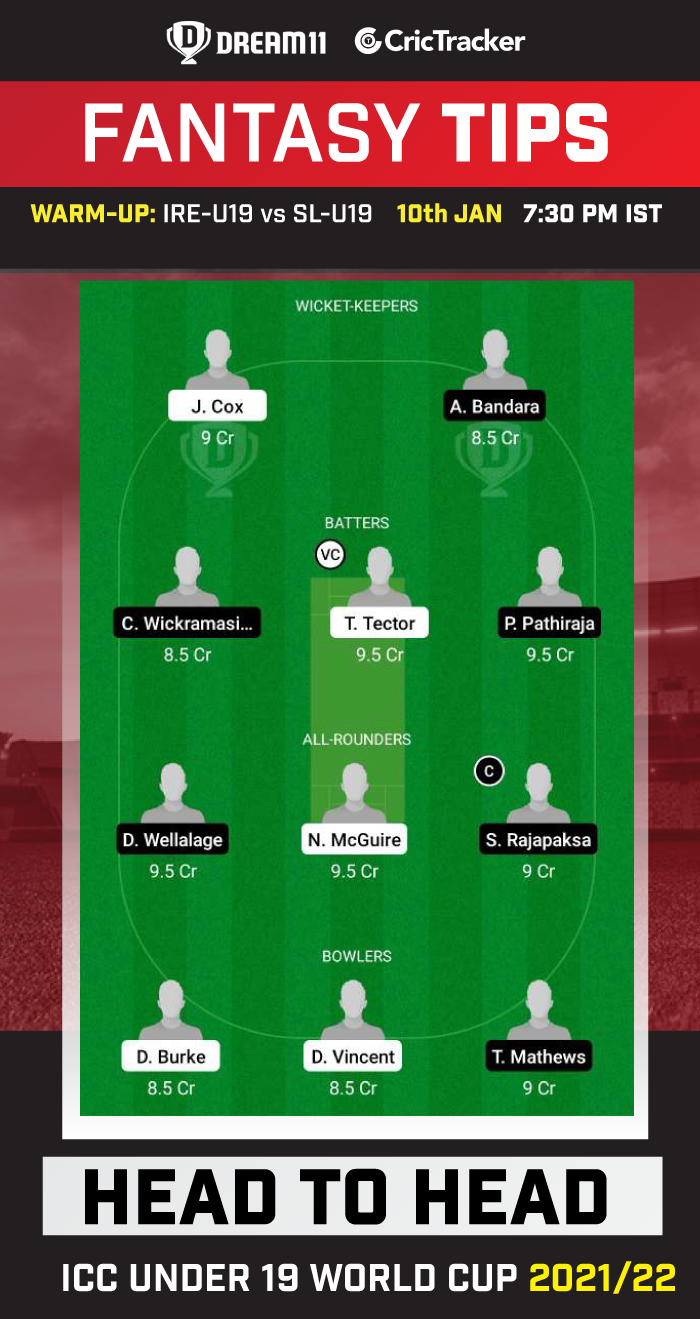 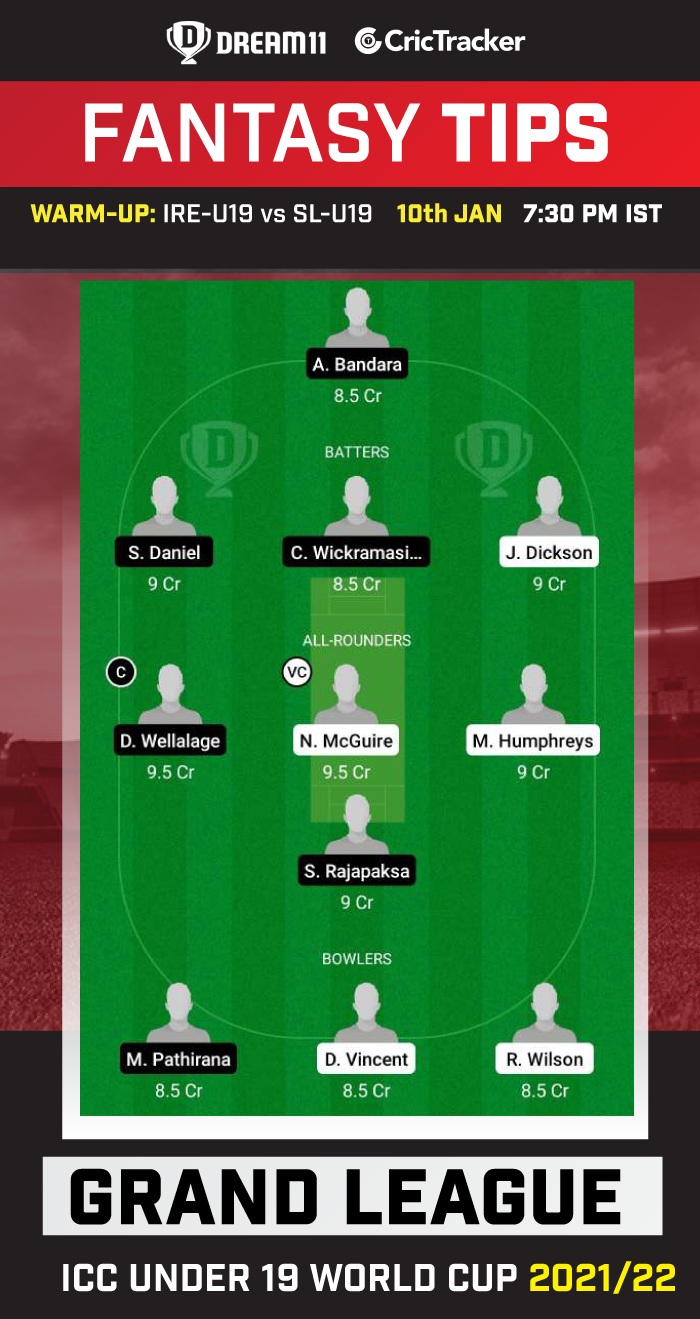 Sri Lanka Under 19 are expected to win this match.