The 1st warm-up match of the ICC Women’s T20 World Cup 2020 will be played between Australia Women and West Indies Women at the Allan Border Field in Brisbane.

Australia Women will get the much-needed practice when they face West Indies Women on Saturday. This is going to benefit the hosts in all ways with few of their key players suffering the loss of form just before the beginning of the tournament. They did win the Tri-Nation T20I series but wasn’t as convincing as they won matches across 2018 and 2019. West Indies Women are fresh of a 0-5 series defeat against India Women at home where they missed the services of skipper Stafanie Taylor. Deandra Dottin also returns after missing nearly one year of cricketing action due to injuries.

Isolated Thunderstorms are expected on Saturday here at the Allan Border Field during the game between Australia and West Indies.

The Allan Border Field is a perfect venue for batting as the recent WBBL witnessed three successful chases of 160+. The ground stood host for 8 matches in that tournament and the chasing team won seven of them while another game was lost by mere 3 runs. Hence, the strategy will be clear for the teams winning the toss at this venue – Bowl first and win the match.

Sophie Molineux has a corked thigh which made her miss the final against India Women. She might not play this match.

Hayley Matthews is likely to be the top-performer from this match as she was the only performing player during the home T20I series defeat against India. Matthews has got experience of playing in Australia by representing the Hobart Hurricanes in the WBBL. Annabel Sutherland is likely to get good chances with bat and ball in this game. Ellyse Perry could be seen resting having played all matches in the recent Tri-series. Deandra Dottin has regularly been short of big runs against Australia Women. She will be hoping to change that fact in this match and gain confidence before the big tournament. 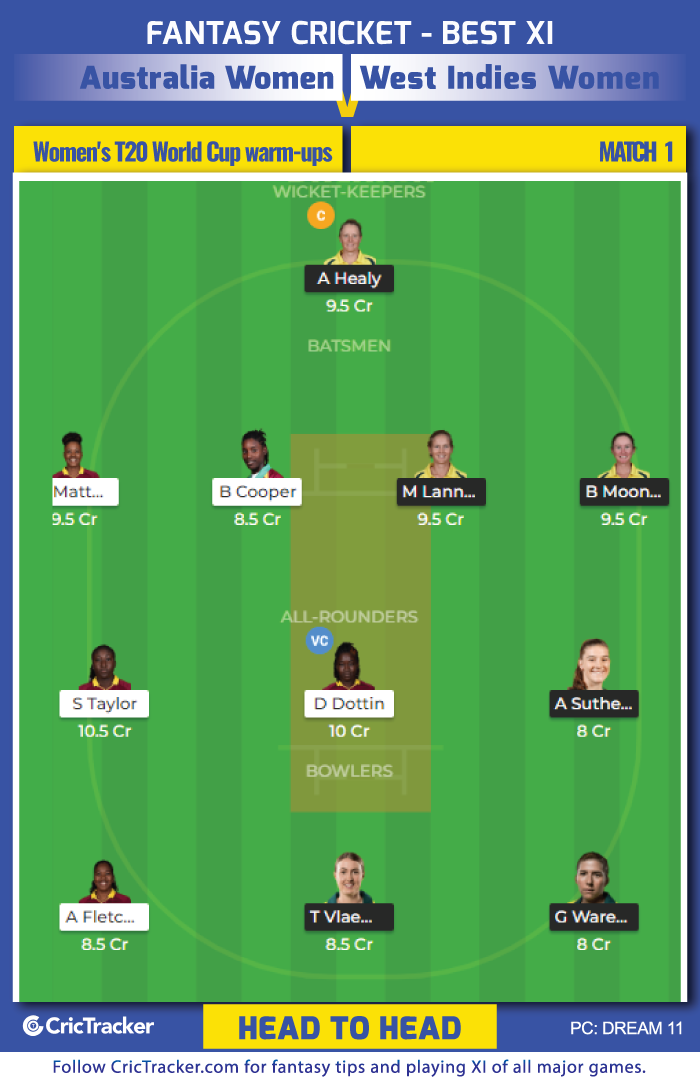 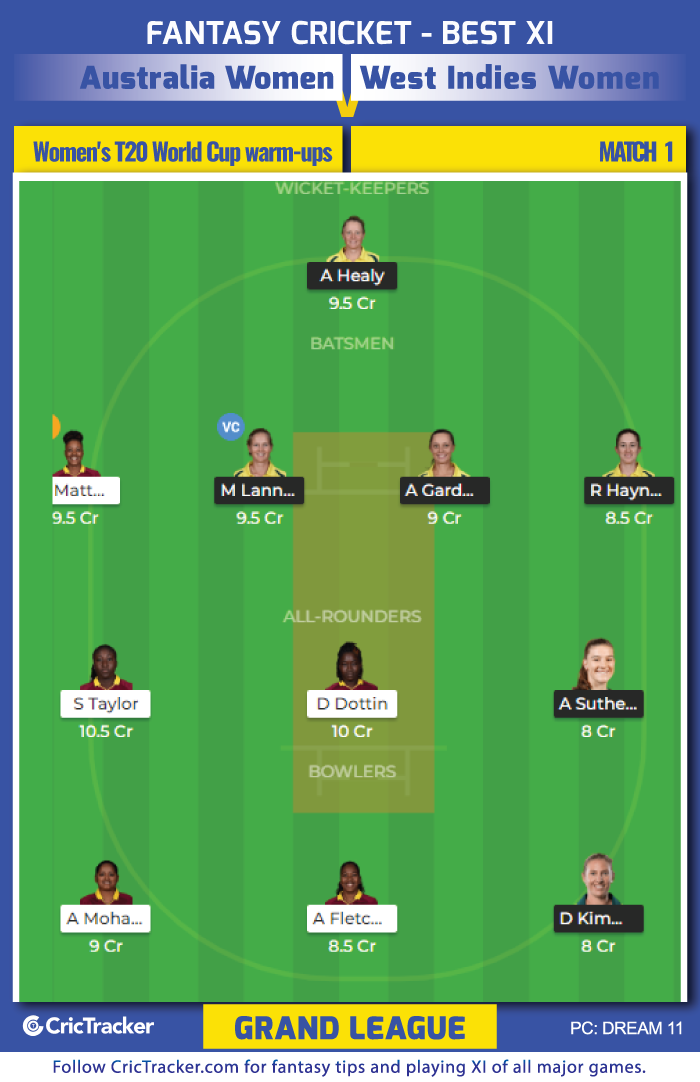 Alyssa Healy recorded worst ever T20I series/tournament for an opener scoring just 15 runs in the T20I Tri-series. This came in the period what was considered to be Healy’s prime with the bat. Meg Lanning also hasn’t reached 50-run mark since the WBBL. Hence, these two stalwarts are expected to take maximum practice from this fixture.

Australia Women are expected to win this match even if they rest a few big names.