Heather Knight is in red-hot form with the bat and ball. She will be an obvious pick for any fantasy side. She did impressively well in the recently concluded Tri-nation series.

The 8th warm-up match of the ICC Women’s T20 World Cup 2020 will be played between England Women and Sri Lanka Women at Karen Rolton Oval, Adelaide in South Australia.

England Women got off to a great start as they give some convincing performance in their first practice game against New Zealand. Now, they would be eager to come out with their perfect XI in order to register an amazing win against Sri Lanka Women to gain much-needed momentum going into the World Cup. They look equipped with all their players performing in top-notch form just ahead of the mega event.

Sri Lanka Women lost their first practice game against South Africa Women by a margin of 41 runs. It is expected that they might have learnt from the previous game mistakes and now they will come up with some strong effort on the back of the performances of their players. This would, however, be their last opportunity to tune up their side by giving final tuning to their weak links ahead of the mega event. However, England looks quite favourites to win the practice match as far as their form is concerned.

The weather will be perfectly fine for a cricket match on Tuesday. The Sun can shine giving some fight to the clouds during the day. On the other hand, the wind will be blowing at a rate of 28 to 39 km/hr whereas the temperature will deviate between 14 and 22 Degree Celcius throughout the day according to Accuweather.

The track at Karen Rolton Oval has hosted two warm-up games in which the sides have managed to go past 130+runs on the majority occasions. However, the fast bowlers have always got some assistance from the wicket throughout the game. The fans can get to watch some interesting battle between bat and ball in the upcoming match between England and Thailand.

Heather Knight is scintillating form with the bat and ball. She will be an obvious pick for any fantasy side. She did impressively well in the recently concluded Tri-nation series. Natalie Sciver will also play an important role in the Dream11 fantasy team. From Sri Lanka dugout, the user can go with Chamari Atapattu and Shashikala Siriwardene in their fantasy team for the match between England and Sri Lanka. 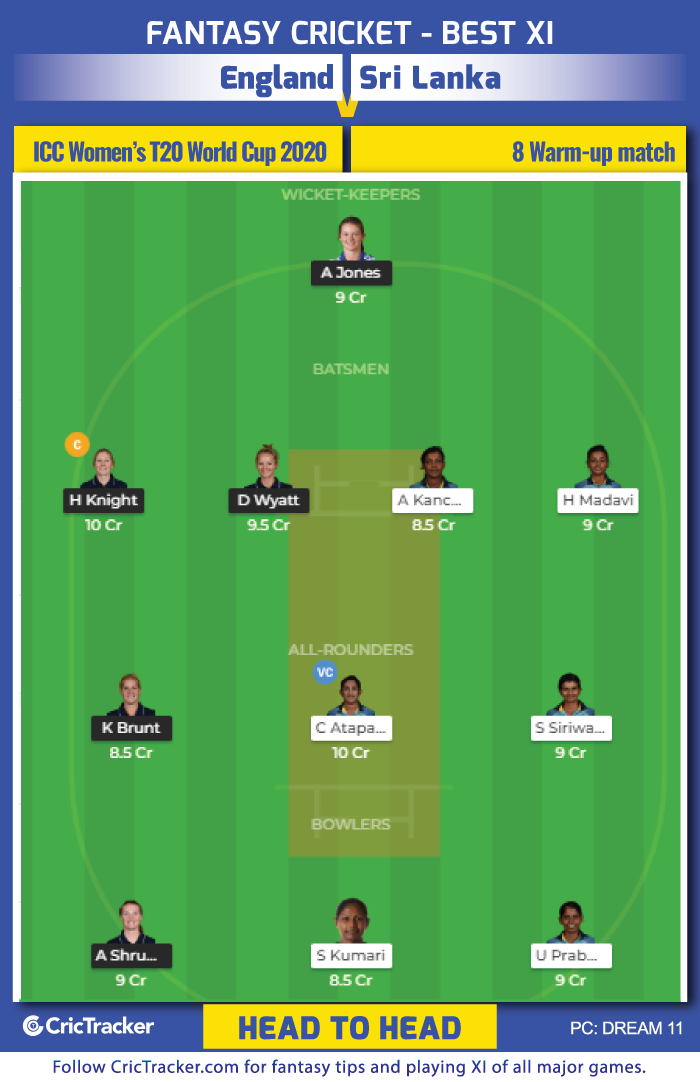 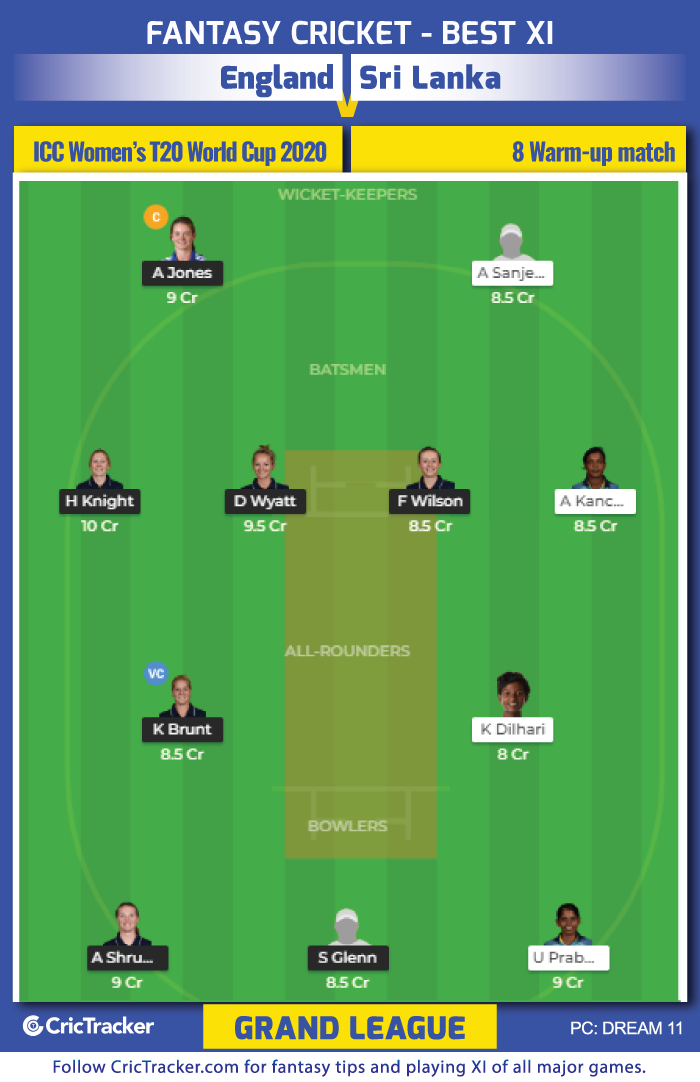 As it is going to be a warm-up game between England Women and Sri Lanka Women, so both the teams can use XI players each in every respective departments. Hence, one should go with a balanced side with a handful of top-order batsmen in their Dream11 Fantasy side.

England Women are expected to win this match even if they rest a few big names.