Aussie speedster Tayla Vlaeminck has been ruled out due to an injury.

The stage is all set for the 2020 edition of the Women’s World Cup. Hosts Australia would be up against India in the opening match at the Sydney Showground Stadium on Friday, February 21. The Meg Lanning-led Aussies are the defending champions, having last won in 2018. In fact, Australia is the most successful team in the history of the tournament, winning the title on four instances.

Australia are also coming off a victory in the tri-series where they beat India two times. India, captained by Harmanpreet Kaur, have made the semis thrice, but are yet to win the championship. Even in the tri-series final, they were in the driver’s seat before Jess Jonassen’s five-wicket haul ripped them apart at the death. On head-to-head, Australia have beaten India in 13 out of 18 matches.

The pitch at the Showground Stadium hasn’t been an absolute belter for batting and has mostly helped the fast bowlers. There will be chances of rain throughout the day, though the percentage will come down during game time. The conditions would mostly be cloudy with the temperature around the 24 degrees Celsius mark. The last three WBBL games were won by the chasing teams.

Aussie speedster Tayla Vlaeminck has been ruled out due to an injury. Molly Strano has replaced her. Beth Mooney and Alyssa Healy should remain the openers. Mooney is in red-hot form after scoring 208 at an average of 52 in the tri-series. Healy, on the contrary, managed 15 in five games.

Ashleigh Gardner is also in good form. Skipper Meg Lanning is a class act, but isn’t in the best of rhythm. In bowling, Jess Jonassen and Ellyse Perry are expected to play a key role. Perry is also a brute force with the ball. Megan Schutt’s role with the new ball and at the death will be crucial.

A lot will depend on Smriti Mandhana, who became the leading run-scorer in the tri-series with 216 runs at 43.20. She is likely to open with Shafali Verma, who is also an attacking young batswoman. The onus will also be on Jemimah Rodrigues and Harmanpreet Kaur to go on and score big runs.

The lower order batting is a bit of a concern though. In bowling, left-arm spinner Rajeshwari Gayakwad got 10 wickets in the last series and she is in good form. Deepti has strained with the bat, but she has been tough to get away with the ball. Vastrakar and Radha have to step up as well. 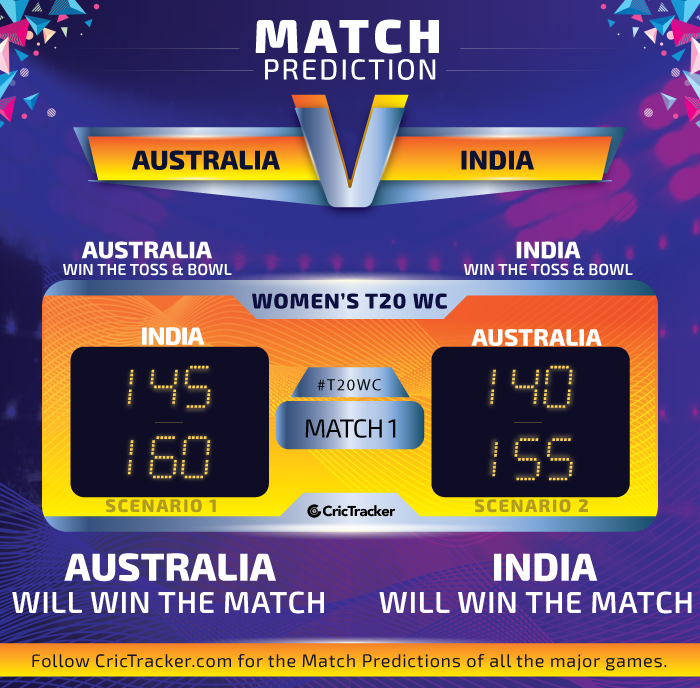