Bangladesh have beaten India in their last two meetings.

The 6th match of ICC Women’s T20 World Cup will be played between India Women and Bangladesh Women at the WACA Ground in Perth.

India are brimming with confidence after rolling over Australia at the Showground Stadium. Harmanpreet Kaur and Co will next be up against Bangladesh, who are yet to start their campaign. In the warm-ups, the Tigresses, captained by Salma Khatun are coming off a five-run win over Pakistan in Brisbane and are in good stead. Their other match against Thailand was abandoned due to rain.

On head-to-head, India have a 9-2 lead over their opponents. But Bangladesh came out trumps in their last two games, including the 2018 Asia Cup in Kuala Lumpur where they won by three wickets. India, on the other hand, came into the World Cup on the back of a poor batting show in the tri-series final against the Aussies. However, the Women in Blue have come out firing on all cylinders.

The conditions are expected to be a big soggy as there are chances of heavy downpour from 4 AM to around 8 AM. There are minimum rain predictions during game though. The temperature will be around the 25 degree Celsius with the humidity in the 70s. A fair amount of dew will also be there.

The pitch at the W.A.C.A has been a pretty sporting one. The spinners are likely to make hay. But runs are also on offer if the batters are ready to put their heads down. The first two games were won by the team, batting second and so, chasing should be the option after winning the toss.

Poonam Yadav didn’t play the tri-series that preceded the T20 World Cup due to an injury on her index finger. She turned out to be a surprise element for the Aussies and finished with a four-fer. The Agra tweaker prefers to give the ball air and induces false shots from the batters. The Perth track is likely to be spin-friendly and there’s every chance for the spinner to wreak havoc.

Rumana Ahmed was arguably Bangladesh’s standout performer in the T20 World Cup qualifiers. She picked up 10 wickets in five matches, rolling her arms over for 14 overs. The 28-year-old Khulna-born was also their most frugal bowler with an economy of three. Though she didn’t have the greatest of outings with the bat, she has a career average of 14.36, having scored 718 T20Is runs with one fifty. 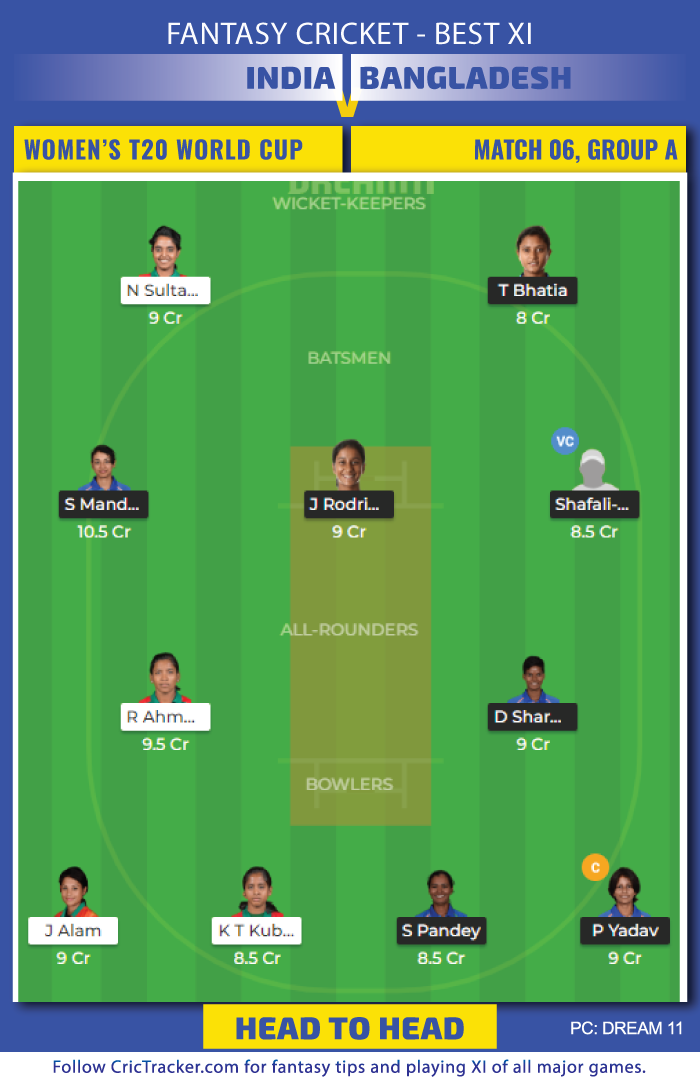 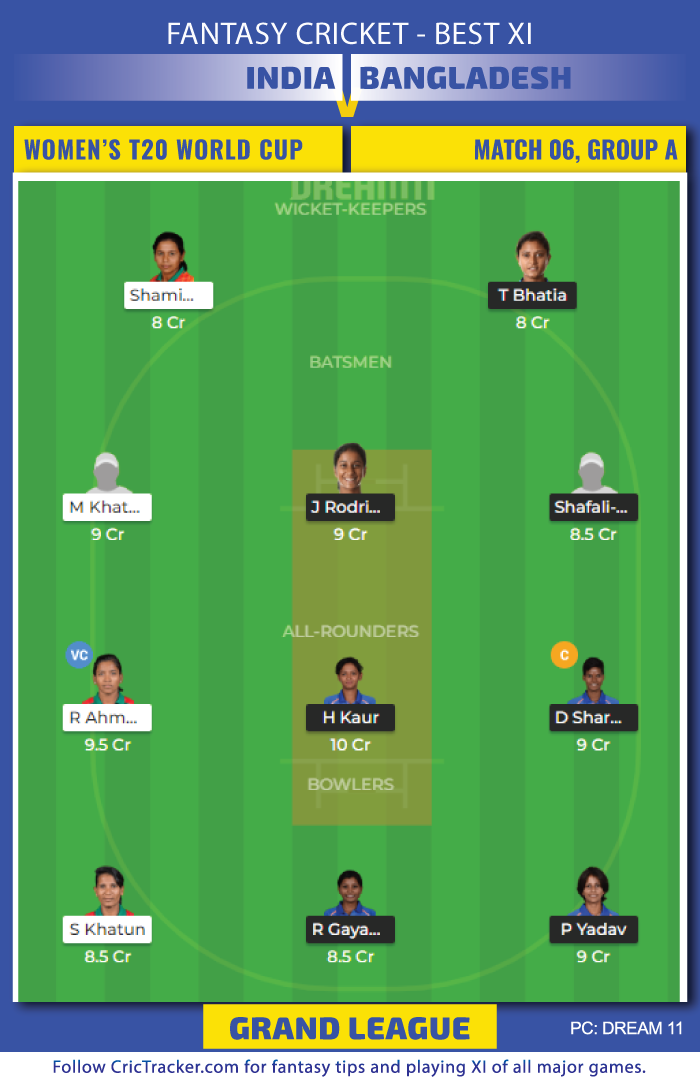 The match is expected to be a low-scoring affair. Hence, it will be advisable to pick more bowlers (all-rounders and batswomen who can bowl as well). The multipliers’ (captain and vice-captain) role can also be assigned to the bowling options.

India are expected to come out trumps.