The likes of Stafanie Taylor, Hayley Matthews, and Deandra Dottin are invaluable to any side as they can double up as able bowlers.

The 8th match of ICC Women’s T20 World Cup will be played between West Indies Women and Pakistan Women at the Manuka Oval in Canberra.

The caravan of the 2020 ICC Women’s T20 World Cup moves to the Australian capital of Canberra where the 2016 champions West Indies will lock horns with Pakistan in what should be a pulsating- at the same time- crucial encounter for both sides.

West Indies are riding high after a seven-wicket win over Thailand thanks to the all-round performance by skipper Stafanie Taylor and they’ll look to take another step towards claiming a semi-final spot.

Pakistan, on the other hand, lost their warm-up fixture against Bangladesh and will be hoping to start their campaign afresh. The Women in Green have lost won just six out of their 14 games since the last T20 World Cup, two of which have come against the West Indies, including a heartbreaking super-over defeat in Karachi last February.

It is expected to be a cloudy day in Canberra on Wednesday. According to the weather report, sun and cloud are expected to play hide and seek throughout the day. While the temperature is set to hover between 18-27 degrees Celsius, the humidity is set to be around 45%. Chances of rain- 20℅

The past three games played at the Manuka Oval has seen the pitch offer a great balance between the bat and ball. The highest score registered at the venue was 156 and batting proved to be considerably easy while chasing. That said, it has also had something for the bowlers to keep them interested, and with overhead conditions expected on Wednesday, one can expect the fast bowlers to have a say on the proceedings.

Average first innings score: 135 [In the last 3 WT20Is played at the venue]

Will be updated if there are any changes

As far as bowling is concerned, Anam Amin- 13 wickets at 16.07- is the leading wicket-taker for her side since the last T20 World Cup. She, along with Daina Baig [5 wickets at 29.4] and Aiman Anwer, who claimed 2-12 in the warm-up game against Bangladesh will be the key. 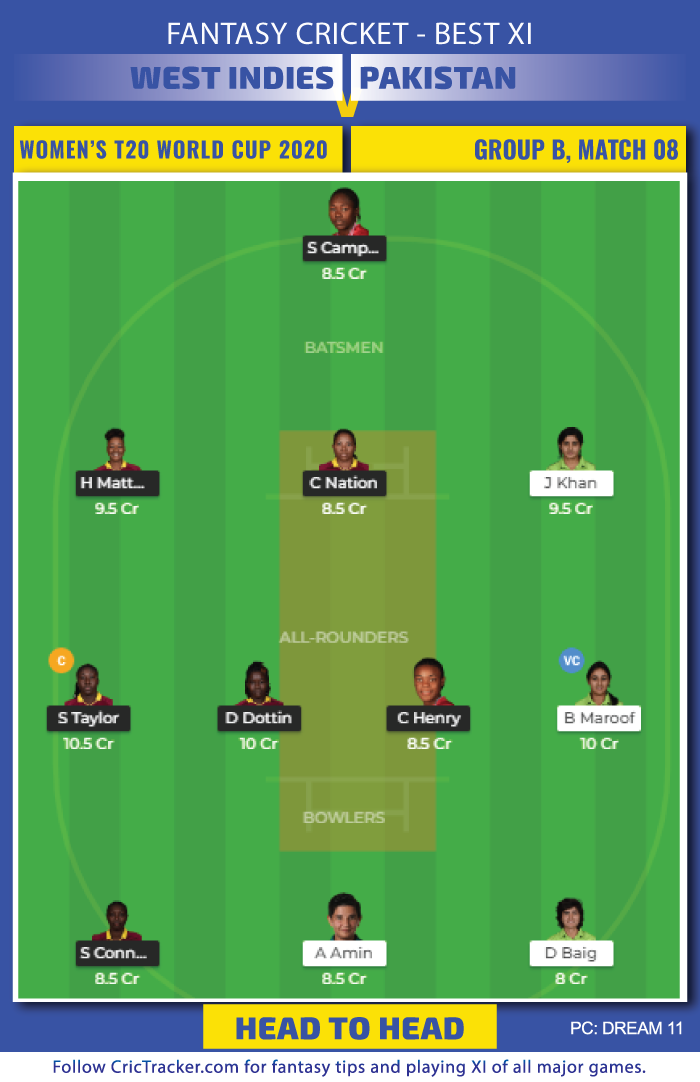 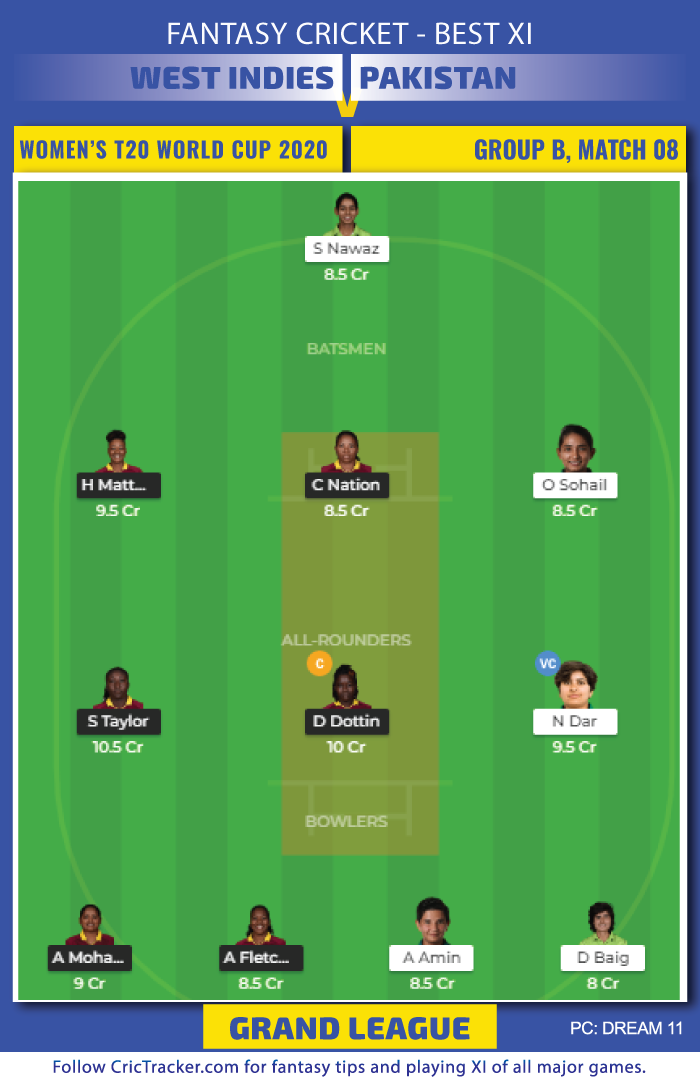 The likes of Stafanie Taylor, Hayley Matthews, and Deandra Dottin are invaluable to any side as they can double up as able bowlers, along with their imperious batting. Picking them in your fantasy XI or even opting for them as captain/vice-captain could reap you great rewards.

West Indies Women is expected to come out as the winners.