After some riveting games in the Group stages, it’s time for the semis in the 2020 Women’s T20 World Cup. India and England would be locking horns in the first game at the Sydney Cricket Ground. Even as the Girls in Blue have been unbeaten, against England, they have a 0-5 record in T20 World Cups. Even on head-to-head count, India have only beaten their opponent four times in 19 matches.

England only lost to South Africa in Group B and must be high on confidence. In the second match at the iconic SCG itself, hosts Australia and South Africa would be locking horns. The home team will take the field as the favourites, having beaten in all their four meetings. However, Dane van Niekerk’s South Africa aren’t expected to be mere pushovers after staying unbeaten in the Group.

There are chances of severe rain throughout the day and it won’t be a surprise if both the games get called off. From 9AM to 10 PM, the heavens may open up big time. The pitch in Sydney mostly assists the spinners, but with rain around, the tweakers may not get a whole lot of assistance. India and South Africa, the table-toppers in their respective Groups, will qualify if rain plays spoilsport.

The Indian batting has mostly depended on Shafali Verma, the recently crowned no.1 T20I batter. The 16-year-old has 161 runs at an average of 40.25. Smriti Mandhana hasn’t done anything of sorts though, having scored 38 runs at 12.66.. Jemimah Rodrigues needs to be a little more fluent.

Kaur’s poor run for form is a matter of concern. But there’s been no fifty thus far with Deepti’s 49* being the highest. Deepti has also been economical with the ball. Poonam Yadav has nine wickets and her role will be key. Pandey and the two spinners- Radha and Gayakwad have their roles to play.

England’s batting has been powered by Natalie Sciver and Heather Knight with 202 and 193 runs respectively with four half-centuries to their name. Barring them, there hasn’t been much a contribution from the others. Wyatt and Amy Ellen Jones have strained to find any sort of rhythm. 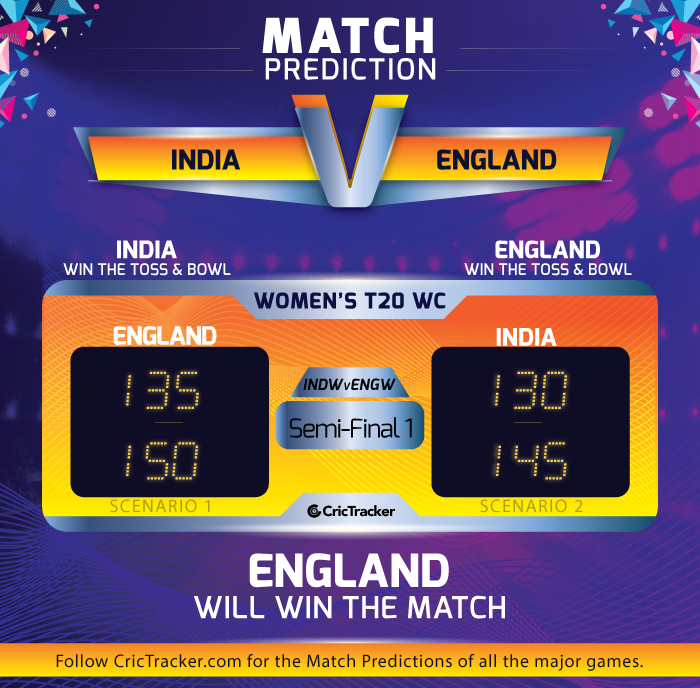 Lizelle Lee has been the Proteas’ standout batter with 109 runs to her name. But barring the century against Thailand, she had a couple of failures. Dane van Niekerk has four wickets in her kitty, but with the bat, she slumped after his 46 against England. Kapp remains to be a key figure in the team.

Luus and Kapp have 74 and 69 runs respectively. Laura Wolvaardt has 53 runs to her name and is in good form. Shabnim Ismail has five wickets to her name at 4.56. Most of their bowlers have economy rates under five. Ayobanga Khaka has been the most expensive with an economy of 7.50.

For Australia, the opening pair of Beth Mooney and Alyssa Healy will be key. The duo has a combined tally of 296 runs with four half-centuries. If they get dismissed early, then the pressure could be exerted on the rest of the batters. Ellyse Perry has been ruled out due to hamstring injury.

Meg Lanning, Ashleigh Gardener and Rachael Haynes have to be on top of their games. Megan Schutt has seven wickets with a three-fer in the previous outing. Jess Jonassen has six wickets as well. Leg-spinner Georgia Wareham played the last game and returned with three crucial scalps. 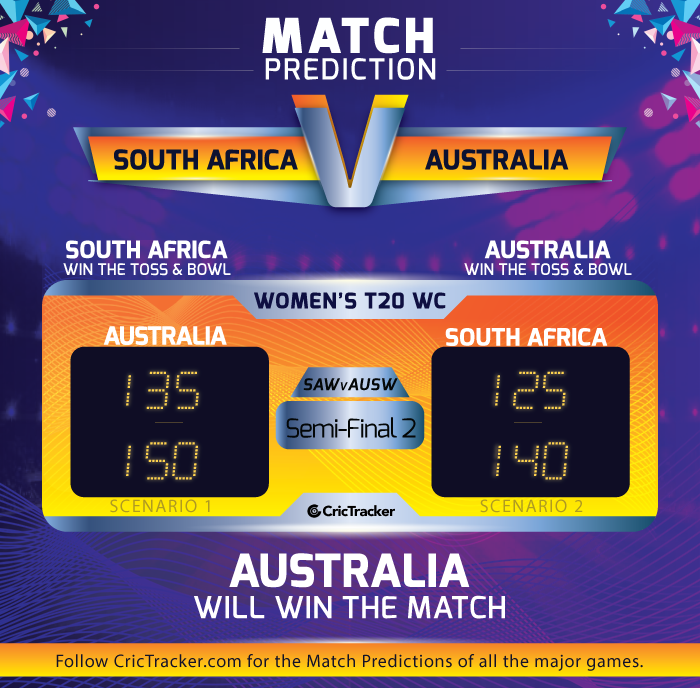