Malaysia Women are expected to win this match.

Bhutan and Malaysia will lock horns with each other for the Match 14 of the ICC Women’s T20 World Cup Asia Region Qualifier. The former have had a disappointing outing in the Qualifiers so far. They have won only one match from the four that they have played.

Malaysia, on the other hand, have had a rather similar fortune. They too have secured victory in only one game from the four that they have played so far. Heading into this game, both the teams will aim to make a larger impact and dominate the proceedings.

The pitch might provide some good assistance to both the departments. On winning the toss, opting to chase can be a good alternative on this pitch.

Also Read: India A tour of South Africa to continue despite COVID-19 scare; boards in touch for India’s away series

'The big question is who bats at no. 7' - Parthiv Patel surprised with R Ashwin's promotion in batting order

County Championship 2022: Extra matches to be played in June and July

Ngawang Choden has chipped in 66 runs from four matches. She will look forward to making a larger impact on the side.

Anju Gurung has scalped five wickets from four matches at a healthy economy rate. She can be a good pick for this match.

Mas Elysa has scored 104 runs from four matches at an average of 52.00. She will be determined to perform for the side and can be a good player to bank on for this game.

Mahirah Izzati Ismail can be the other good pick for this game. She has clinched four wickets from four matches. 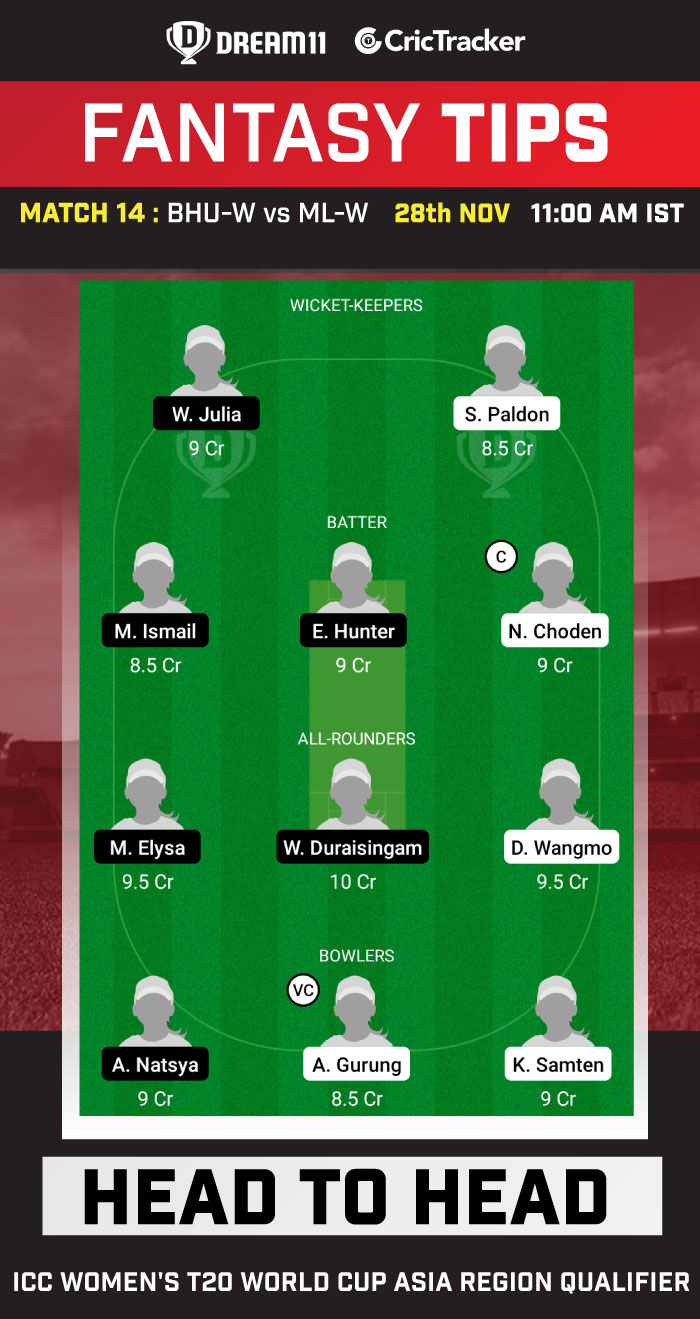 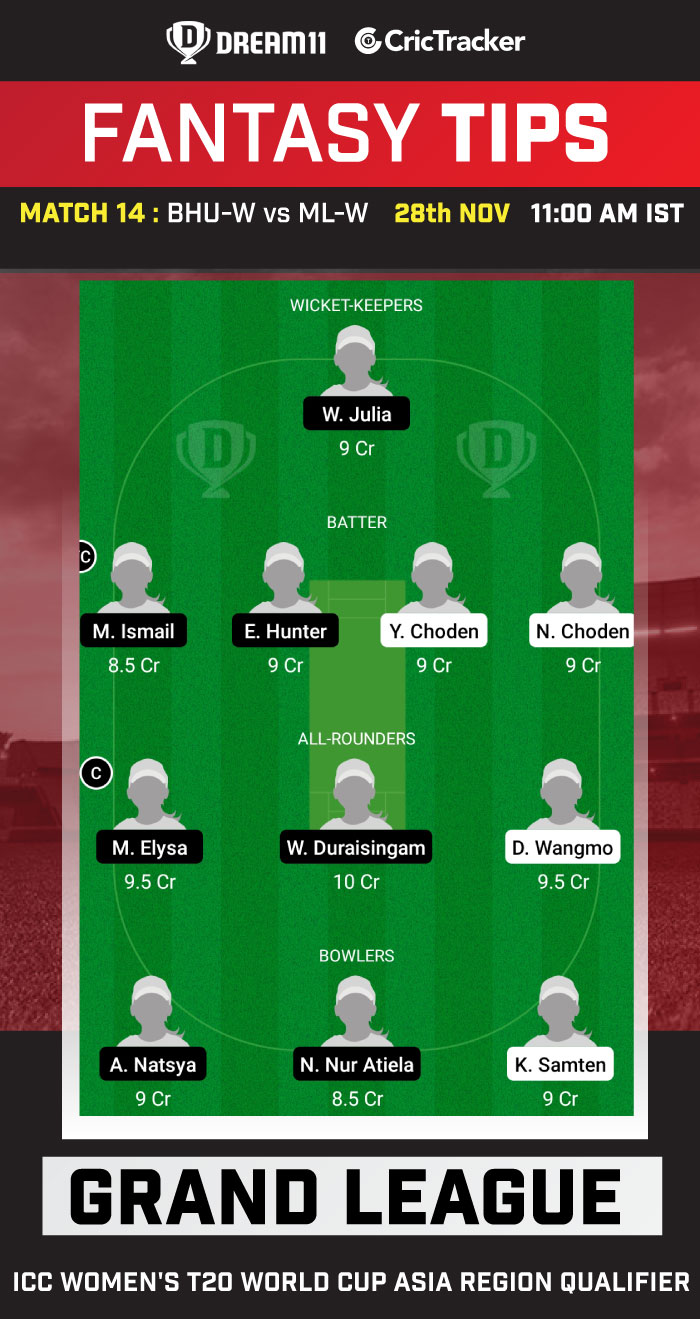 Malaysia Women are expected to win this match.