The Aussies have won four matches, including the warm-ups, and are unbeaten in the World Cup.

Ever since the tour of India back in March, Australia is going through a dream run as Aaron Finch and Co is on a 10-man winning streak in the ODI format. After winning the warm-ups of the World Cup, the Aussies rolled over Afghanistan and then the Windies. The defending champions are now scheduled to cross swords with India, captained by Virat Kohli, on Sunday, June 9 at the Kennington Oval in London.

The Men in Blue also started their World Cup campaign on a happy note and they defeated a hapless-looking South Africa by six wickets at the Rose Bowl in Southampton. Yuzvendra Chahal picked up a four-wicket haul and Rohit Sharma churned out a masterful century. However, India would be mindful of the fact that the Aussies defeated them in the home bilateral ODI series after trailing 0-2 in the five-match affair.

There is a slight chance of rain in the morning, but from noon at 2 pm to afternoon at 4 pm, the heavens are likely to open up severely. The chances of a downpour will be there even afterwards. The cloud cover will only increase as the day progresses.  The temperature will be around 18 degrees Celsius. The humidity will be in the 40s and 50s during game time.

The pitch has produced scores of 300, but it has something for the bowlers as well. The chasing teams haven’t found it easy thus far. Bangladesh almost defended 245 the other night against New Zealand. The spinners have got assistance from the pitch, especially in the second half. Batting first after winning the toss seems to be the wisest decision for the time being.

The Men in Blue may bring in Ravindra Jadeja in place of Kuldeep Yadav. Jadeja was impressive in the warm-ups and can neutralize the likes of Glenn Maxwell, who prefers to hit the leather hard. Chahal, following his four-wicket haul, needs to step up again. Bhuvneshwar Kumar did well the other day, which means Mohammad Shami has to warm the bench yet again.

Jasprit Bumrah remains to be a fulcrum of their bowling attack. The batting lineup remains more or less the same. Shikhar Dhawan and Virat Kohli failed the other day and they’ll be keen to make amends. KL Rahul needs to score big as well. Dhoni, Pandya and Jadhav’s role will also be crucial.

The Aussies are highly unlikely to alter their playing eleven after two victories. Their batting, especially their top order floundered and it’ll be looking to make amends. Usman Khawaja after a decent outing in the warm-ups, but flattered to deceive in the first two games. However, owing to the fact that he recently scored a couple of tons versus India makes him an important player.

Nathan Coulter-Nile scored 92 with the bat, but he is ridiculously out of form with the ball. Fortunately for the Men in Yellow, the likes of Pat Cummins and Mitchell Starc are in decent form. Adam Zampa has been amongst the wickets and he’ll be keen to carry on with his rich vein of form. 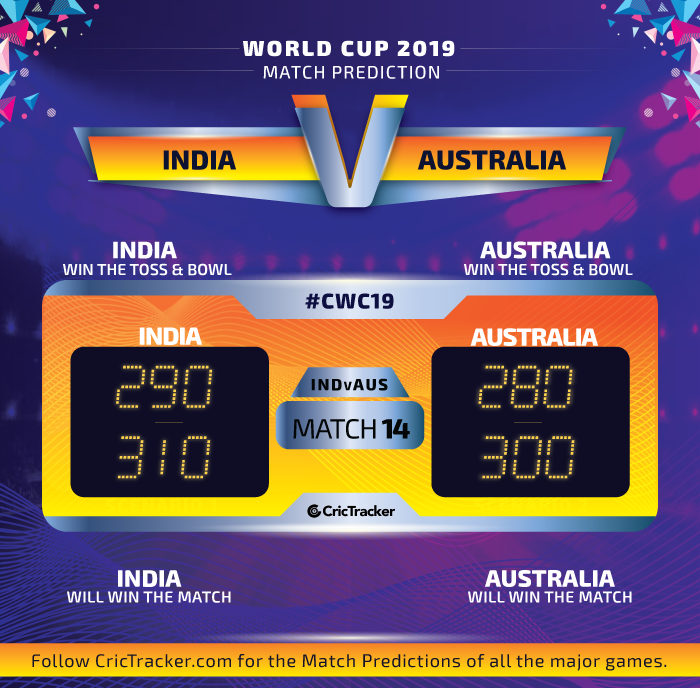