ICC Men’s T20 World Cup Europe Qualifier will be played between October 15 and October 21. Germany, Jersey, Italy, and Denmark are the teams featuring in this tournament with the top two teams that will move to the further round.

Germany will take on Jersey in the 1st match of the tournament. Germany are currently 36th in the T20I rankings. They lost their previous T20I series against Spain 2-1 last month. They have got capable players with the likes of Venkatraman Ganesan and Harmanjot Singh.

Jersey, on the other hand, hasn’t played T20Is since October 2019 and they are fairly out of touch at the moment considering their fewer international exposures. They are 24th in the T20I rankings. Both the teams are expecting a good start in this tournament.

It’s a herculean task for the batters to score runs on this surface. It’s difficult to set the target on this venue. Even the score of close to 140 is defendable at this venue.

Dylan Alexander Blignaut was the top run-scorer for Germany in the three-match T20I series against Spain. He scored 82 runs at an average of 41 and also picked up 4 wickets at an economy of 7.15.

Venkatraman Ganesan has featured in 14 T20Is for Germany. In 11 innings, he has scored 108 runs and also picked up 6 wickets as well.

Charles Perchard has represented Jersey in 15 T20Is. He has scalped 20 wickets at an economy of 5.87 and even scored 28 runs with the bat.

Jonty Jenner has got decent experience at the highest level. In his 17 T20Is, he has amassed 365 runs at an average of 24.33 which includes 3 half-centuries.

GER vs JER Must Picks for Dream11 Fantasy Cricket: 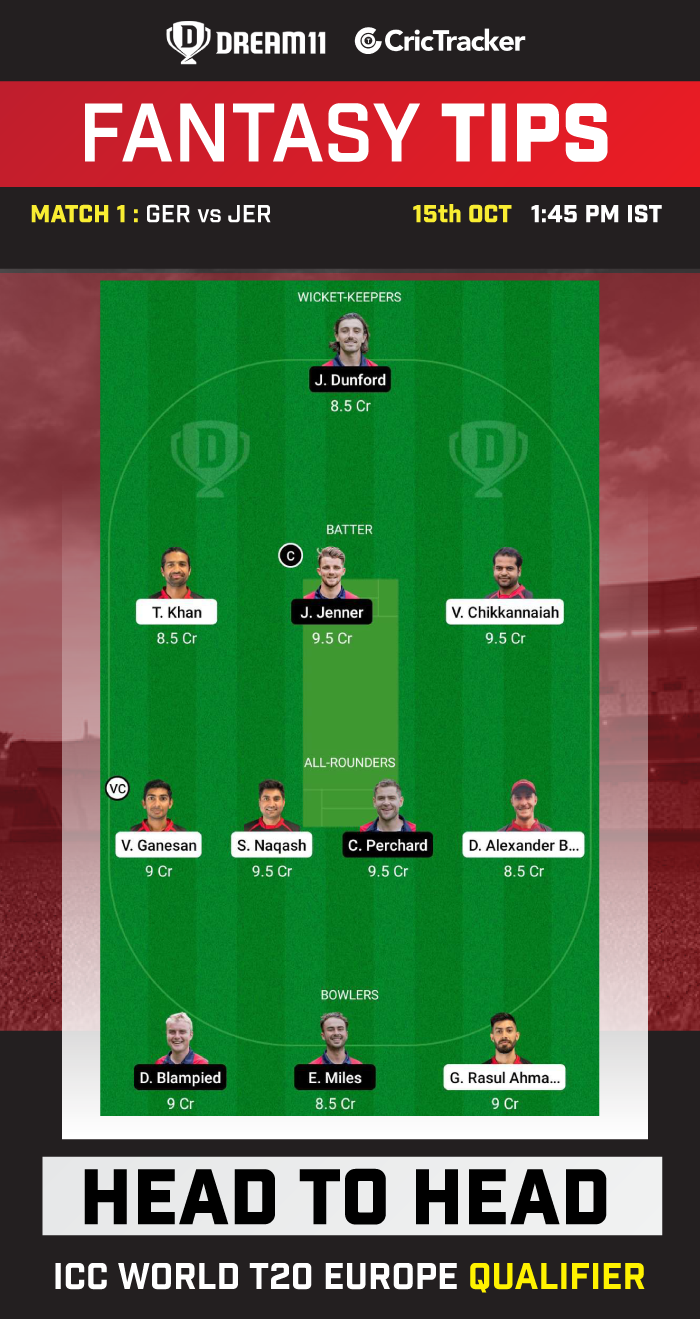 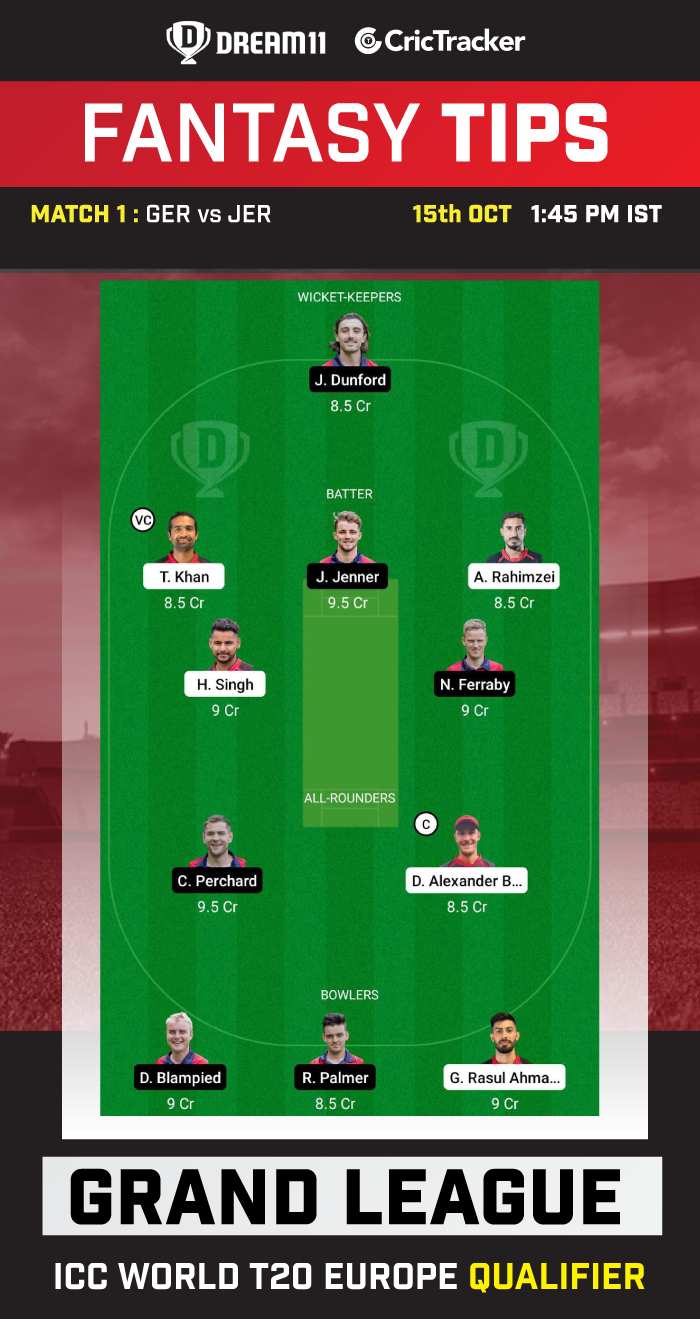