Australia have closed the gap on the top three of the ICC World Test Championship after thrashing England by 185 runs in the fourth Ashes Test. The win has helped Australia not only take an unassailable 2-1 lead but also retain the Ashes. The current Australian side will now become the first team from Australia to leave England with the Ashes since Steve Waugh’s 2001 side. Before the latest triumph, Australia had lost the Ashes in England on four occasions – 2005, 2009, 2013 and 2015.

England had slim chances of regaining the Ashes as they started day five on 18 for 2 while chasing 383.  The hosts needed to bat out the entire day to salvage a draw and push the series to the final game. However, they failed to do so and were all out for 197. Joe Denly’s fifty gave them some hope but Australia struck at regular intervals to remain in the hunt for the win.

By the time the third and final session started, England had already lost six wickets. The onus was on Jos Buttler to save the day for England. However, the right-hander failed to do well again and was out in just the sixth over after tea. Just when it looked all over for England, Jack Leach and Craig Overton revived their hopes.

The two frustrated the visitors for 14 overs before an inspired bowling change saw Marnus Labuschagne dismiss Leach. Josh Hazlewood then picked up the final wicket by dismissing Overton to wrap up the game.

Riding on the big win, Australia have consolidated their position at number four as they have opened up a 24-point gap with fifth-placed England. Both the Ashes rivals were on the same point before the start of the game. However, the win in Manchester saw Australia taking their tally to 56 points while England remain at 32. World number one India are at the top of the standings after blanking West Indies in the two-Test series. 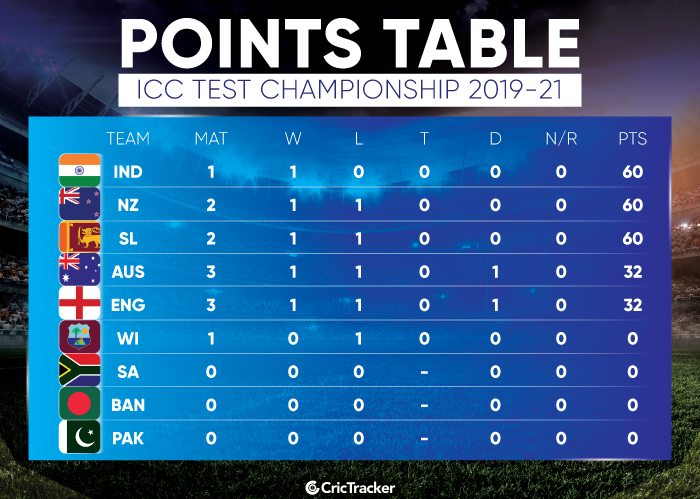