Coming into the third match, it will be interesting to watch whether the Indian team brings back Rohit Sharma. 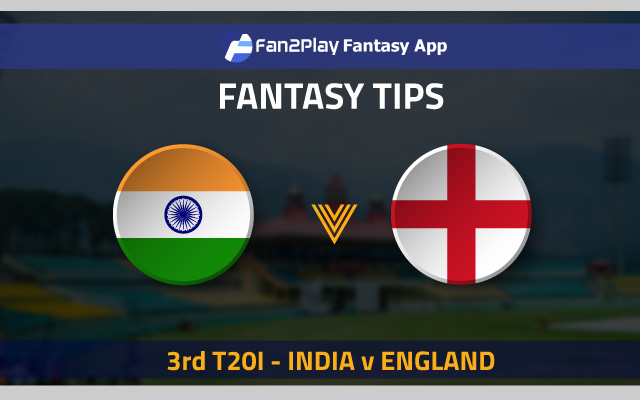 The third game of the five-match T20I series between India and England will be played at the Narendra Modi Stadium in Motera, Ahmedabad on 16th March 2021.

After losing the first match of the series, the Indian team came back charging in the second match. They won several important moments starting with Bhuvneshwar picking the wicket of Jos Buttler in the first over. England’s batting didn’t seem to find momentum against the strategic approach for the Indian bowlers. They faltered in the death overs, ending with a score of only 164 for 6.

India did lose KL Rahul early, but the debutant Ishan Kishan made his maiden fifty to take the attack to the English bowlers. Captain Virat Kohli found his form back and guided India to the victory as others batted around him. There was a significant cameo from Rishabh Pant, which left England high and dry. But Virat Kohli will be pleased with the performance of his bowlers a lot more as they bowled so well in a match which their side needed to win and there were only five bowling options available with the captain.

Coming into the third match, it will be interesting to watch whether the Indian team brings back Rohit Sharma or Shikhar Dhawan after Kishan’s fifty. Then, the issue with Rahul not scoring runs is also at play.

When everyone thought that the Indian captain was losing his batting form, the chase master showed his class once again. He made 73 not out off just 49 balls in an innings which was timed to almost perfection. The knock will boost Kohli’s performance, considering how it also transpired to a win. He will be expected to carry on this form.

Jason Roy has looked in complete control of his batting since he has arrived in India. In the first match of the series, he scored a 32-ball 49 and followed that up with 46 runs from 35 balls. He would be kicking himself for converting these two starts into a big score. He has been in solid form before coming into this series as well, so it would be a great opportunity for him to get a big score for his side. 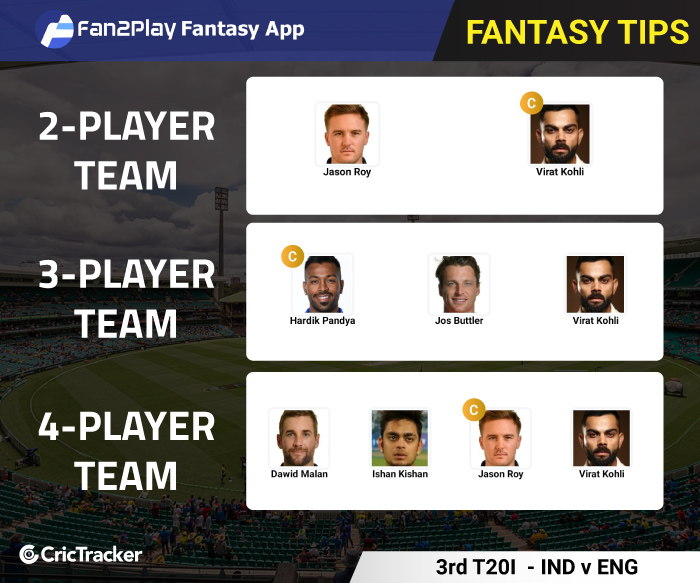 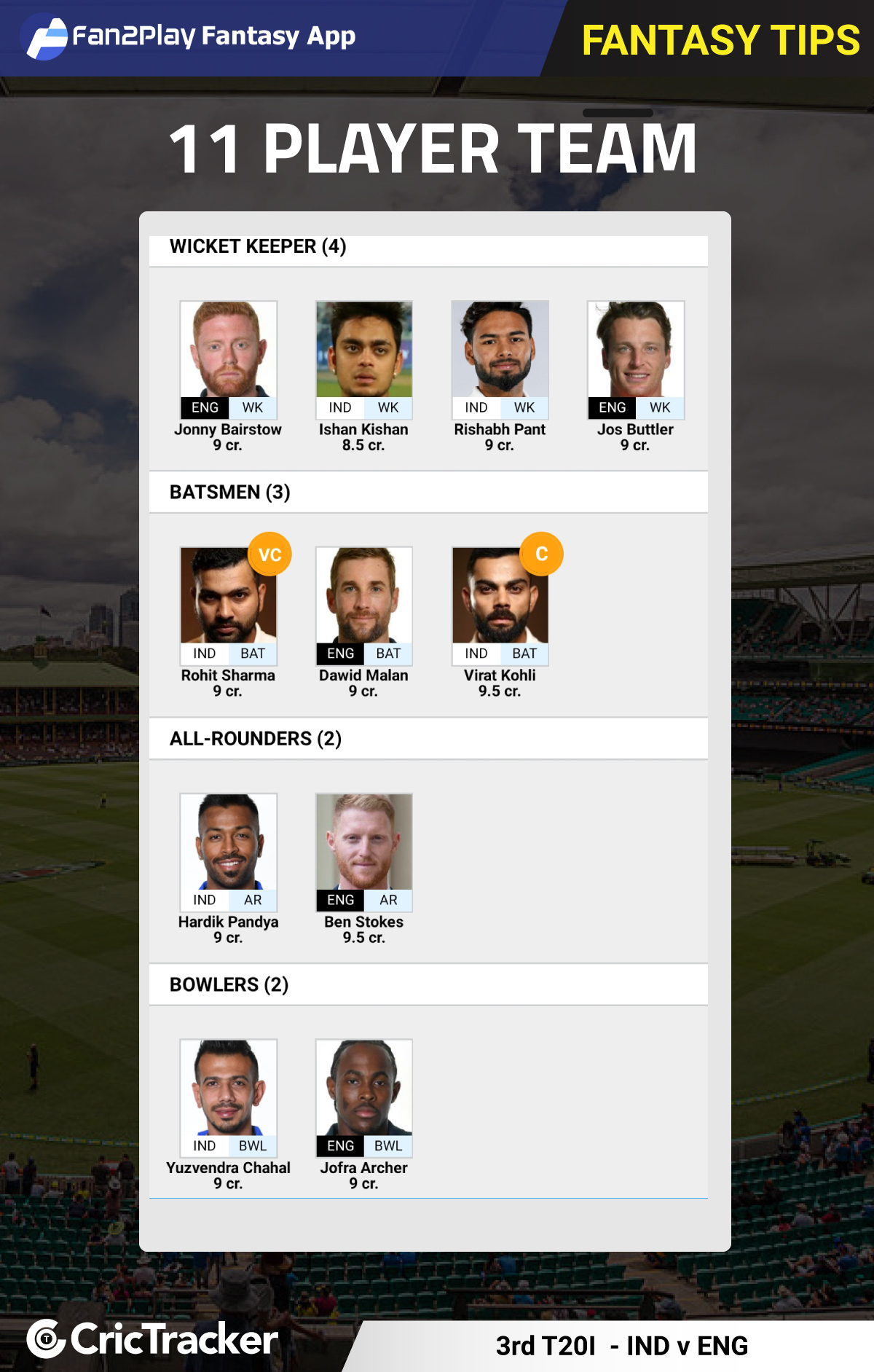