It is advisable to pick more batsmen from the team batting first. 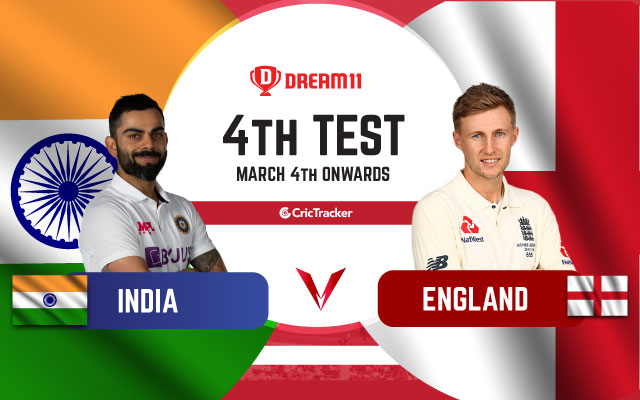 The fourth Test of the four-match Test series between India and England will be played at the Narendra Modi Stadium in Ahmedabad on 4th March, Thursday.

This match will start at 09:30 AM IST. It will be live on Star Sports Network and can be streamed on Disney+ Hotstar in multiple languages.

India and England are all set to play the final test at the Narendra Modi Stadium in Ahmedabad on March 4th. The Indian spinners are looking unplayable at the moment. Both Ravichandran Ashwin and Axar Patel have been doing a phenomenal job for the men in blue. With Rohit Sharma scoring runs consistently, India are doing well across all departments. They will need only a draw in the final Test to qualify and play New Zealand in the final of the ICC World Test Championship.

On the other side, England started the series with a massive win of 227 runs in Chennai but could not continue the momentum and lost two consecutive test matches. Their chances of qualifying for the World Test Championship Final is already done and dusted. Their poor batting has been the main reason behind the massive defeats in the last two games. The surface for the fourth Test is unlikely to be different from the third Test and hence the Three Lions batsmen will need to be a lot better.

The weather conditions will be continuing to be very hot throughout all five days in Ahmedabad. There is no chance of rain for the next five days. The temperature will reach 36-37 degree celsius during the afternoon period.

By looking at all the pictures of the pitch, it is expected to be absolutely similar to the one used in the third Test. Batsmen will find it easier to bat in the initial stages, but then the bowlers will come into the act. The team winning the toss should bat first to get the best conditions possible for batting.

For India: Jasprit Bumrah made himself unavailable due to some personal reasons. He will reportedly enter the wedlock.

For England: Chris Woakes has already returned to England.

Twitter Reactions: David Miller, Chris Morris bring Rajasthan Royals back from the dead to clinch a tense thriller at Wankhede

It looked like Rohit Sharma was batting on a different surface, as while everyone else was struggling to get even double-digit scores, he scored 66 in the first innings and an unbeaten 25 in the second innings. He has scored 296 runs at an average of 59.20 in three matches so far. The Hitman can be backed to get the most of these conditions once again.

Ravichandran Ashwin is having a dream run in his test career. He completed his 400 career wickets in the last match and is looking unstoppable at the moment. He is currently leading the wicket-taking charts with 24 wickets in just 3 games, and has scored runs 176 with the bat as well.

Axar Patel is another Indian all-rounder who has been in scintillating form. He has scalped three 5-wicket hauls already in just four innings. He was the player of the match in the last game, thanks to his 11 wickets.

Joe Root is expected to come good for the last match of this series. He has been the best batsman from his team and is arguably England’s best player of spin. In addition, he also grabbed a 5-wicket haul in the last game he played at this venue. 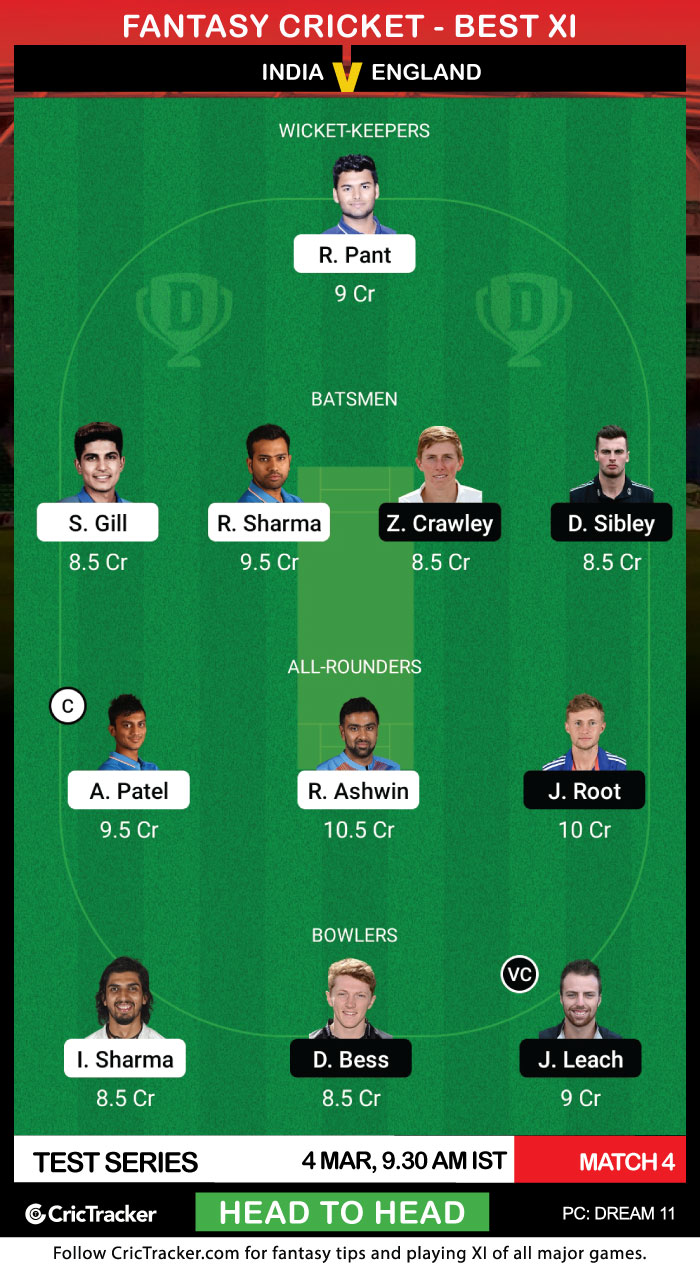 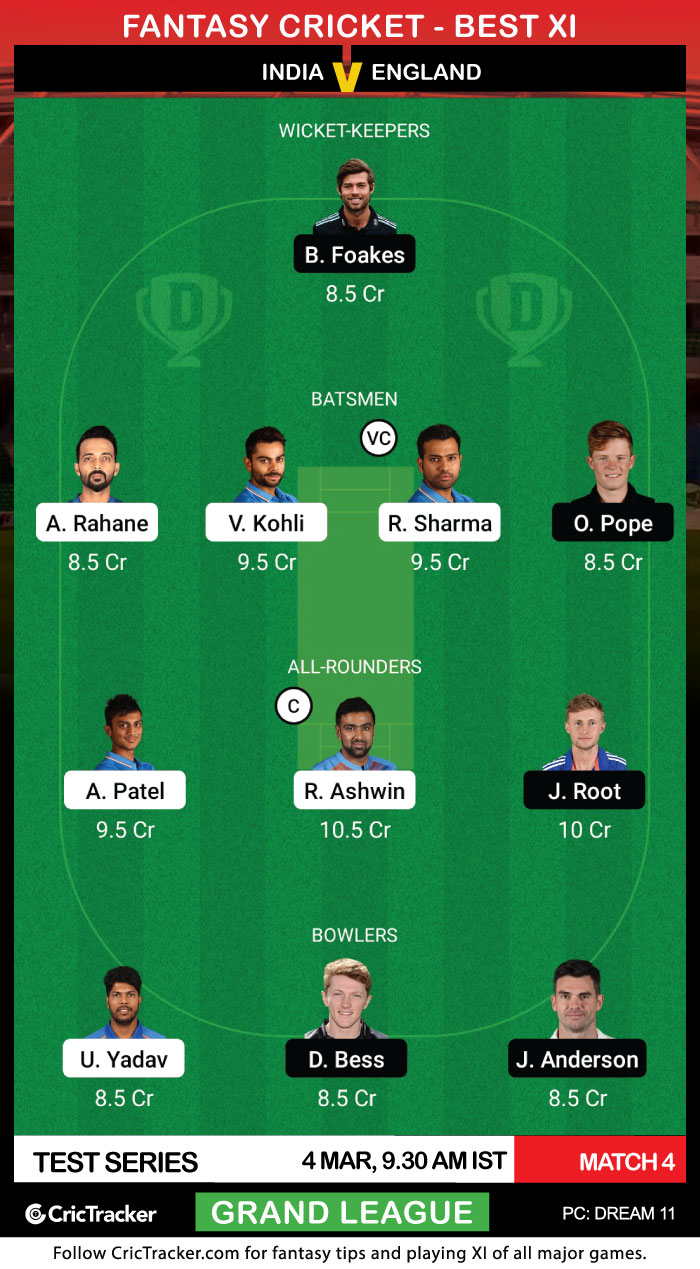 It is advisable to pick more batsmen from the team batting first, as they will bat in the best possible conditions.