In Jasprit Bumrah's absence, Umesh Yadav is likely to feature in this game. He can be a good budget pick. 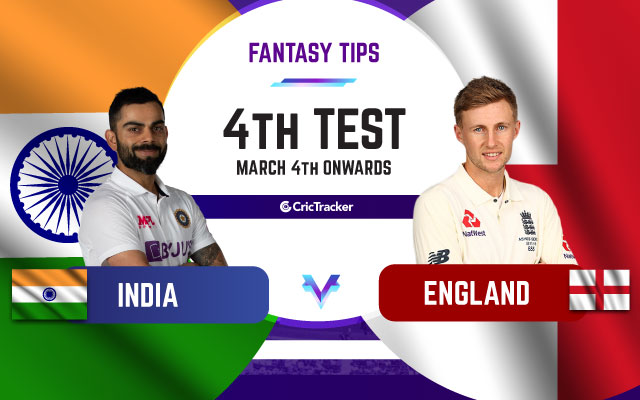 The fourth Test of the four-match Test series between India and England will be played at the Narendra Modi Stadium in Ahmedabad on 4th March, Thursday.

This match will start at 09:30 AM IST. It will be live on Star Sports Network and can be streamed on Disney+ Hotstar in multiple languages.

Having started the series on a poor note, India have taken very less time to find their rhythm back. They won the second Test in Chennai comfortably, while the very first match at the Narendra Modi stadium saw the Indian spinners at their very best. With the pitch unlikely to change one bit, they are likely to fox the English batsmen once again.

The Three Lions will have been much better in their application if they want to pose a threat at the very least. Their batting unit have been completely bamboozled by Ravichandran Ashwin and Axar Patel. While their hopes of making it to the final of ICC World Test Championship is all but over, they will try to level the series.

It will very hot in Ahmedabad over the next 5 days, with the temperature reaching as high as 37 °C during day time. Rain is not on the cards for all 5 days of the Test match.

The pitch will be similar to the third Test, meaning that spinners will once again rule the roost. Batsmen will have a tough time deciphering which ball will spin and which one will go straight.

For India: Jasprit Bumrah made himself unavailable due to some personal reasons. He will reportedly enter the wedlock.

For England: Chris Woakes has already returned to England.

Rohit Sharma has undoubtedly the best batsman from the Indian team in this series. He has scored 296 runs, with his average being almost 60.

Ravichandran Ashwin is making milestones in seemingly every game. He has picked up 24 wickets, which includes 2 5-wicket hauls.

Joe Root has, quite unexpectedly so, done an all-round job for England. He has picked up 6 wickets and has also scored 333 runs.

Dominic Bess is likely to be back in the English lineup. He bowled well in the first game in Chennai, where he picked up 5 wickets and also scored 59 runs.

Dominic Sibley can be a good budget pick from the batsmen. He has scored 129 runs, which he amassed at an average of over 20. 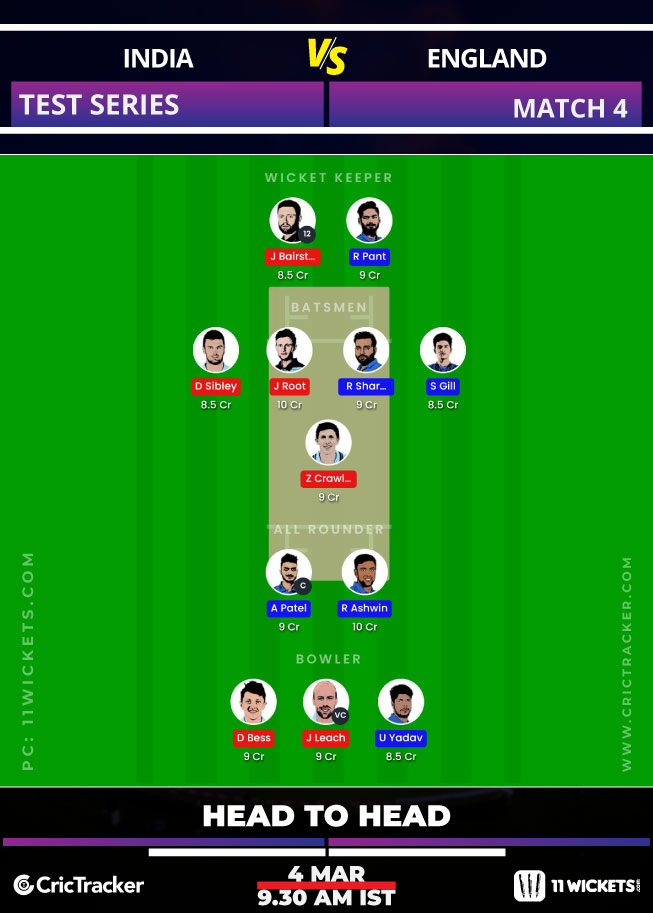 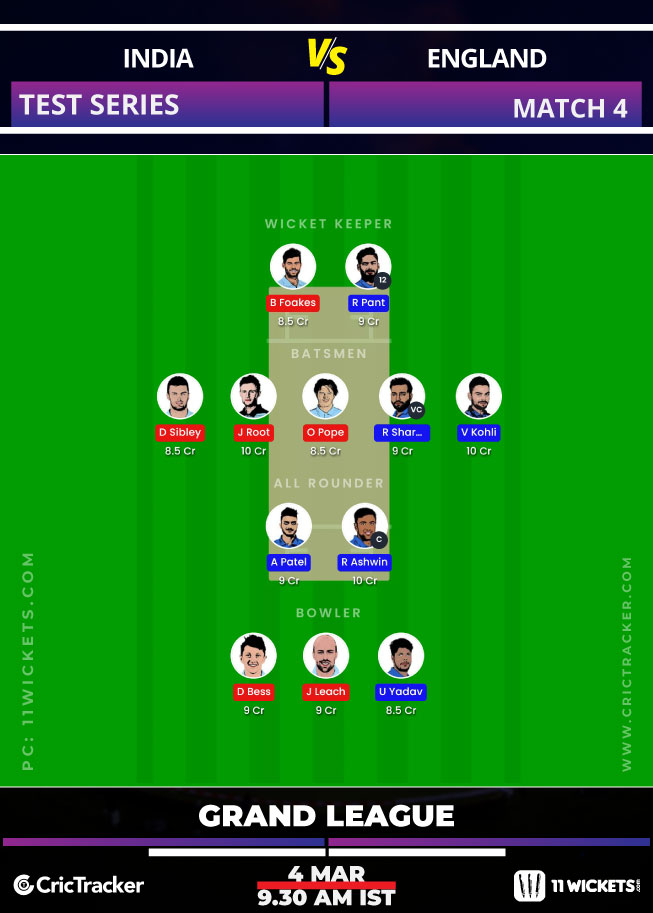 In Jasprit Bumrah’s absence, Umesh Yadav is likely to feature in this game. He can be a good budget pick, as he has picked up 148 wickets in his 48 Test matches, which includes five 4-wicket hauls and three 5-wicket hauls.