David Wiese is an X-factor for Namibia. 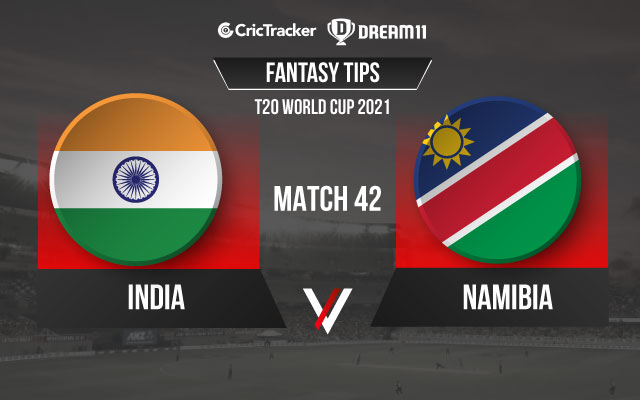 India will take on Namibia in the final league match of the T20 World Cup 2021 on Monday. India will be closely watching the New Zealand vs Afghanistan game. If New Zealand beats the Afghan, India will be definitely out of the tournament. The Men in Blue went on to beat Scotland in their previous game by a massive margin by 8 wickets, with 81 balls still left in the match. Their net run rate has gradually increased, which is a bonus for them.

Namibia has shown a lot of character and potential in this World Cup. They are the team to watch out for in the future. Their cricketing structure has improved a lot in recent times. Namibia gave a nightmare for the New Zealand batters in the last game, but the batters failed to score runs. As a result, they encountered their third loss in the Super 12 stages.

Dew factor will play a massive role in this match. The spinners are getting some turn which is a good sign. Teams batting second have a good track record of winning matches here, and hence, bowling first is a good option.

Also Read: Will continue playing franchise cricket, you will definitely see me around: Dwayne Bravo

Lokesh Rahul scored the fastest half-century in this World Cup against Scotland. He got dismissed after a well-made 50 runs from 19 balls, which comprised of 6 fours and 3 sixes.

Gerhard Merwe Erasmus is the second-highest run-scorer for Namibia in this tournament. In 7 matches, he has accumulated 139 runs at an average of 23.16, with the highest score of 53*.

Ravindra Jadeja bowled some tight line and lengths in the last match against Scotland and returned with the career-best figures of 3/15 in the T20Is.

David Wiese made a huge impact for Namibia in this World Cup with both bat and ball. He has scored 201 runs at an average of 50.25, and has also picked up 6 wickets at an economy of 7.3.

Mohammad Shami was unplayable in the last match against Scotland. The Scotland batters found it difficult to face him. He picked up 3 wickets at an economy of 5 and took his total tally of 6 wickets in this tournament.

Ruben Trumpelmann is a good budget pick for your fantasy teams. He has picked up 6 wickets in 7 matches in this tournament at an economy of 7.56.

Rishabh Pant can bat anywhere, according to the team’s needs. In 3 innings in this World Cup, he has scored 78 runs, at an average of 39 and a strike rate of 125.8.

IND vs NAM Must Picks for Dream11 Fantasy Cricket: 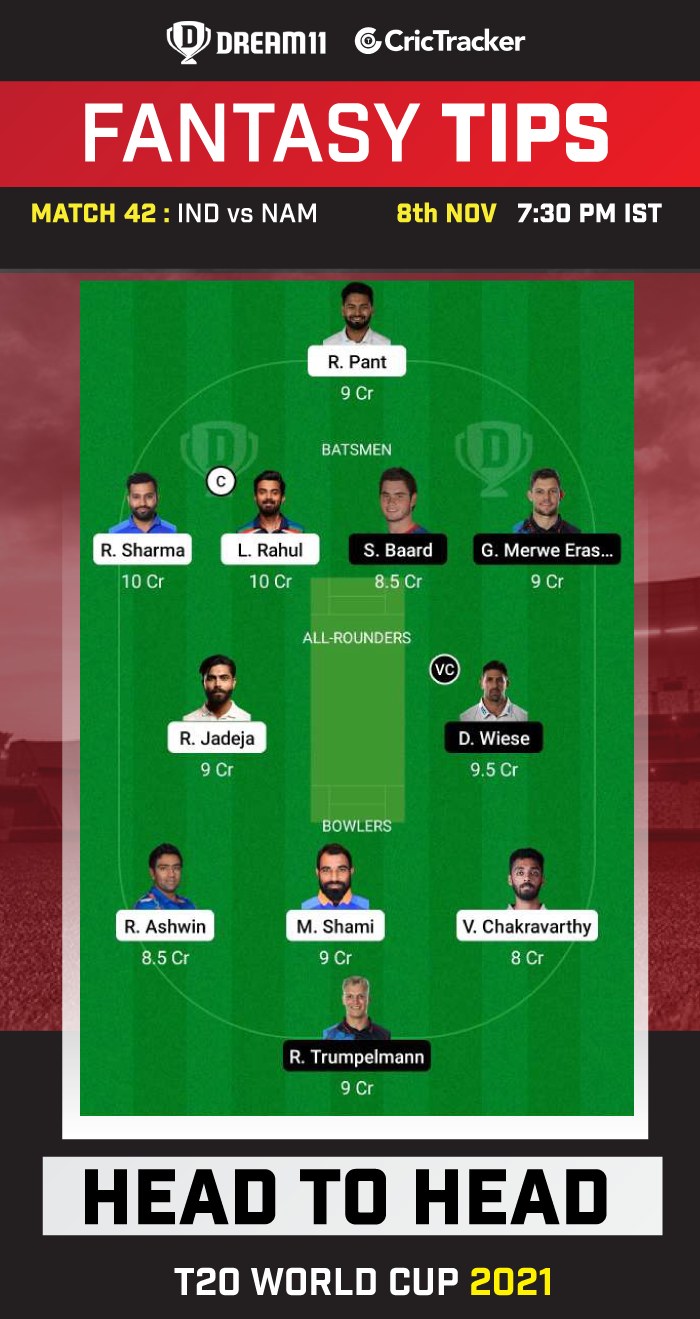 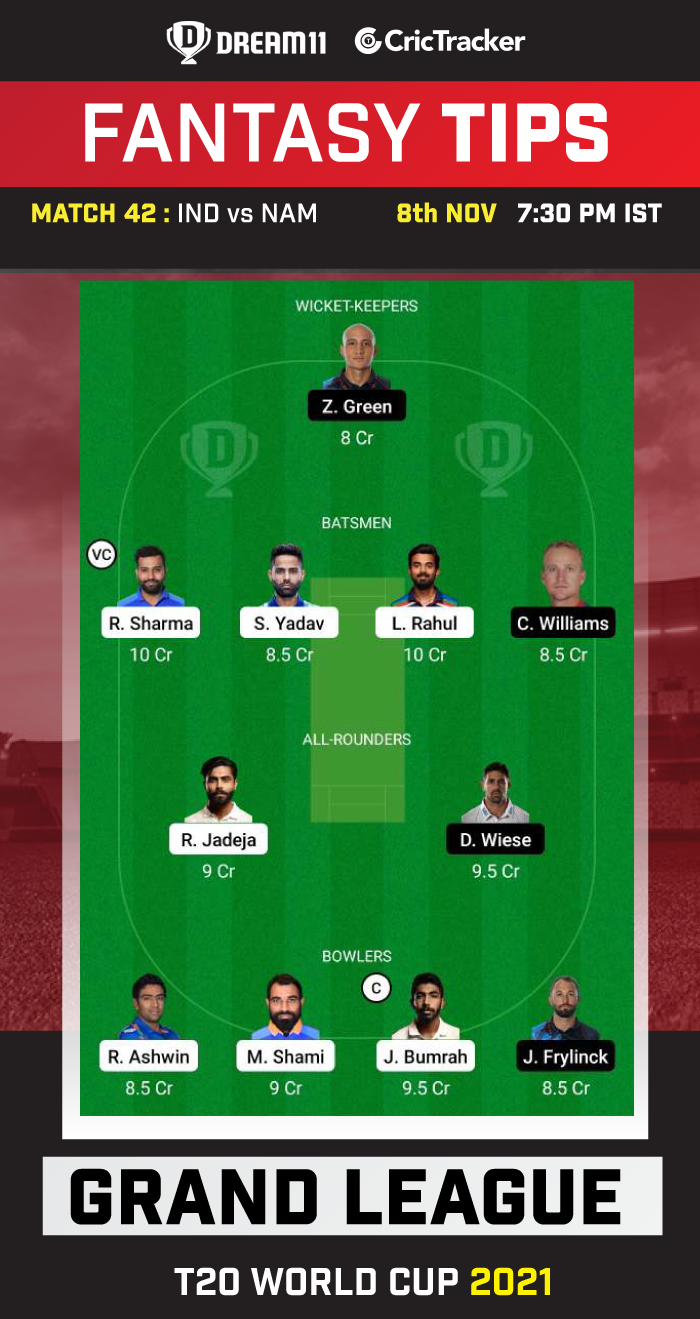 Suryakumar Yadav is still in his early days in international cricket. In 2 innings in this World Cup, he has scored 17 runs at a strike rate of 170. He is a risky captaincy pick for your fantasy teams.

Craig Williams has scored 119 runs in 7 matches in this competition, maintaining an average of over 15. You can take a risk and pick him as your fantasy team skipper.

Bernard Scholtz has scalped 3 wickets in 6 matches in this tournament. It’s better to drop him while making your fantasy teams.