The last time the two teams contested against each other in the longest format was in the inaugural World Test Championship final. 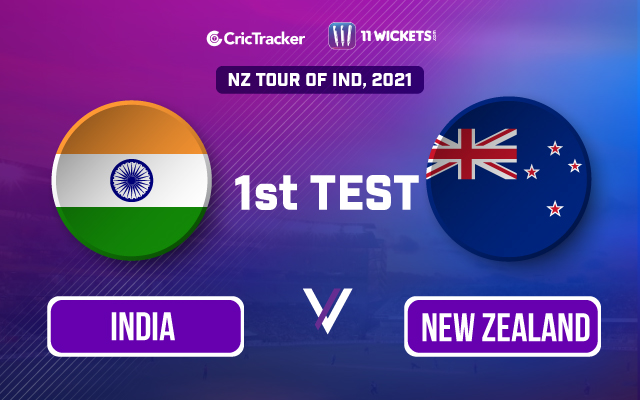 After having dominated the proceedings in the T20I series, India will battle it out against New Zealand in the first Test on Thursday, November 25. Kane Williamson who was rested in the T20I series will return to the setup for the red ball games.

The last time the two teams contested against each other in the longest format was in the inaugural World Test Championship final wherein New Zealand was crowned as champions. In absence of Virat Kohli, Ajinkya Rahane will captain the side. KL Rahul will miss the series owing to an injury. Heading into the first Test, both the teams will be determined to put their ‘A’ game to the fore.

The spinners are expected to get good assistance from this surface. The batters might also get an edge in the first two days of the Test on this deck.

Kane Williamson has appeared to be in a sublime form in Test cricket lately. He will be determined to take the momentum further for the side. He can be a good pick for this match.

Though Cheteshwar Pujara has struggled to make a larger impact in the recent past, his record against New Zealand is quite impressive. In 10 matches against them, he has scored 772 runs at an average of 43. He can be the other good pick for this match.

Ravichandran Ashwin has a plethora of experience under his sleeves. With his variations, he can prove lethal for the team. The spinner can be a good pick for this match. 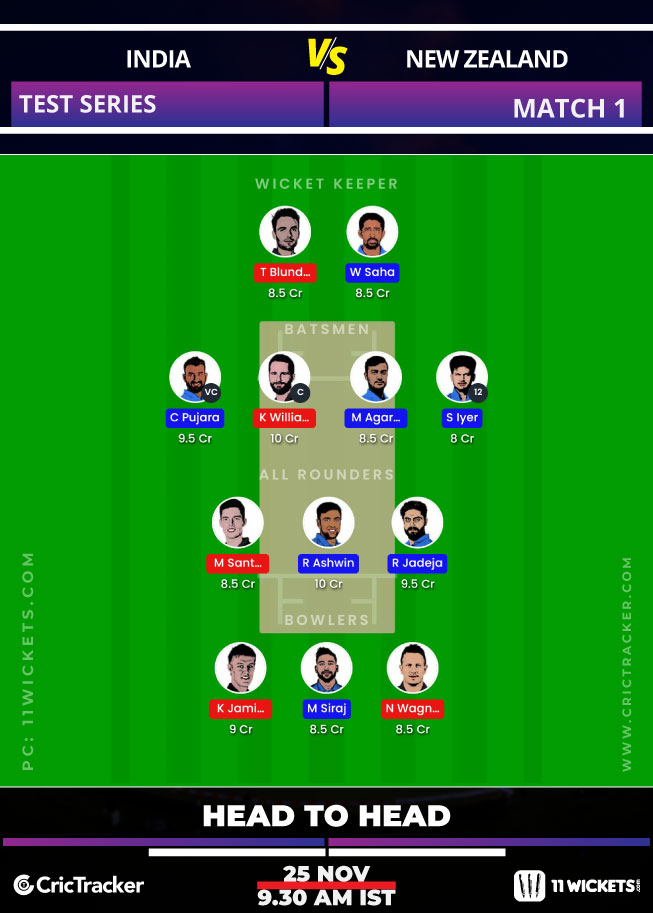 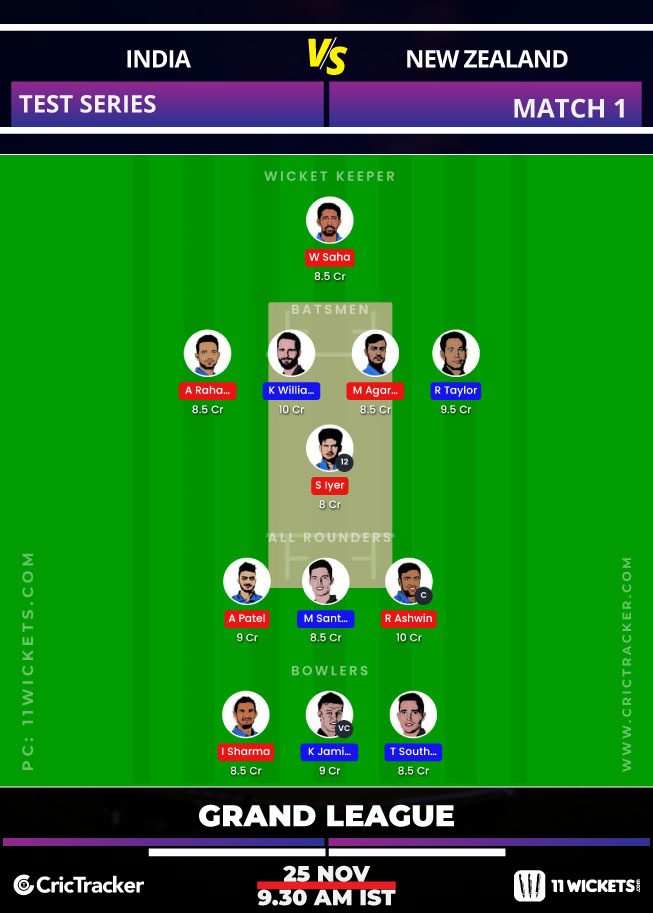