India are undefeated under Ajinkya Rahane in Tests. 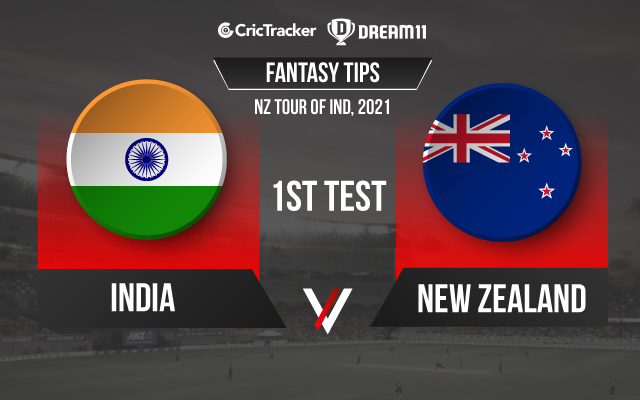 India will take on defending World Test Championship winners New Zealand in the first of the two-match Test series which, will get underway from Thursday. India are always a formidable side on home soil, but they will be without their main trio of Virat Kohli, Rohit Sharma, and injured Lokesh Rahul. The focus is on Ajinkya Rahane, who will be leading the team in the absence of Virat Kohli in the first Test, whereas Shubman Gill and Mayank Agarwal will open the innings. Shreyas Iyer looks all set to make his Test debut in this game.

New Zealand, on the other hand, doesn’t have a fond memory when it comes to bilateral series against India in India. They are yet to win a Test series on Indian soil, but will be pretty optimistic of changing the history. Kane Williamson, who opted himself out of the T20I series, will return to the side.

Green Park has hosted 4 Test matches in this century. It’s more of a batting-friendly surface, where even spinners will get assistance as well. The pacers won’t get much support here. Toss plays a crucial role here.

Cheteshwar Pujara has seen lots of ups and downs in recent times. He is a dependable batter for India at the number 3 position in the Indian conditions. He has amassed 6494 runs in his 90 Test matches at an average of 45.41.

Kane Williamson is the most prolific run-scorer for New Zealand in all formats of the game over the years. He has an exceptional record against India, as he scored a Test century against this team in his debut game. He has accumulated 7230 runs in his Test career at an average of 53.95.

Ravindra Jadeja is a must-pick for your fantasy teams, especially in the longest format of the game. He bowls consistent line and lengths and is also a brilliant batter in the middle order. He has picked 227 wickets and also has 2145 Test runs to his name.

Ravichandran Ashwin has got an excellent opportunity to surpass Harbhajan Singh’s 417 Test wickets to become India’s third-highest wicket-taker in Tests and he just needs 5 wickets to achieve that. He has impressed with the bat and has scored runs under tough batting conditions.

Mohammad Siraj will be the frontline seamer for India. He needs to put in the hard efforts to earn the wickets on spin-friendly conditions. He has already picked up 30 wickets in his 9 Test matches.

Tim Southee will swing the ball both ways and can cause problems with the new ball. He is currently ranked third in the ICC Test bowler’s rankings. Southee has scalped 314 wickets in 79 Test matches and scored 1728 runs as well.

Tom Blundell is expected to don the gloves for New Zealand. He has scored 572 runs in his 17 Test innings at an average of 38.1. 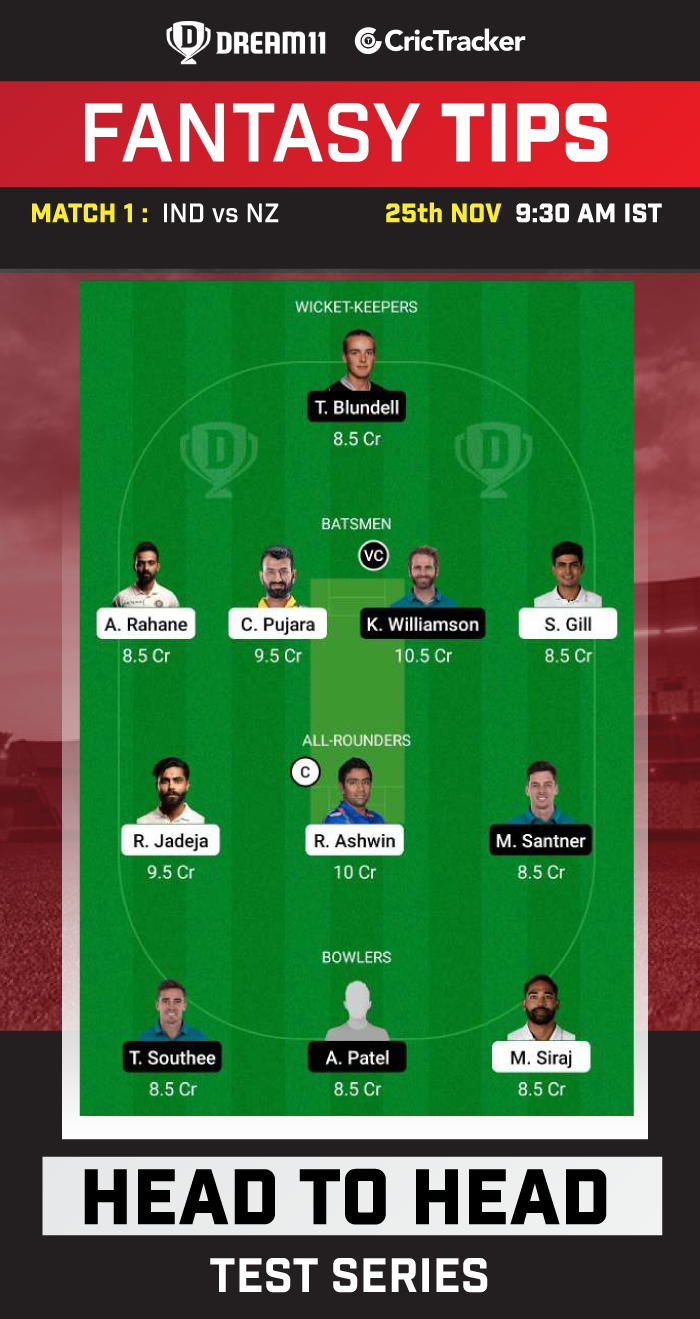 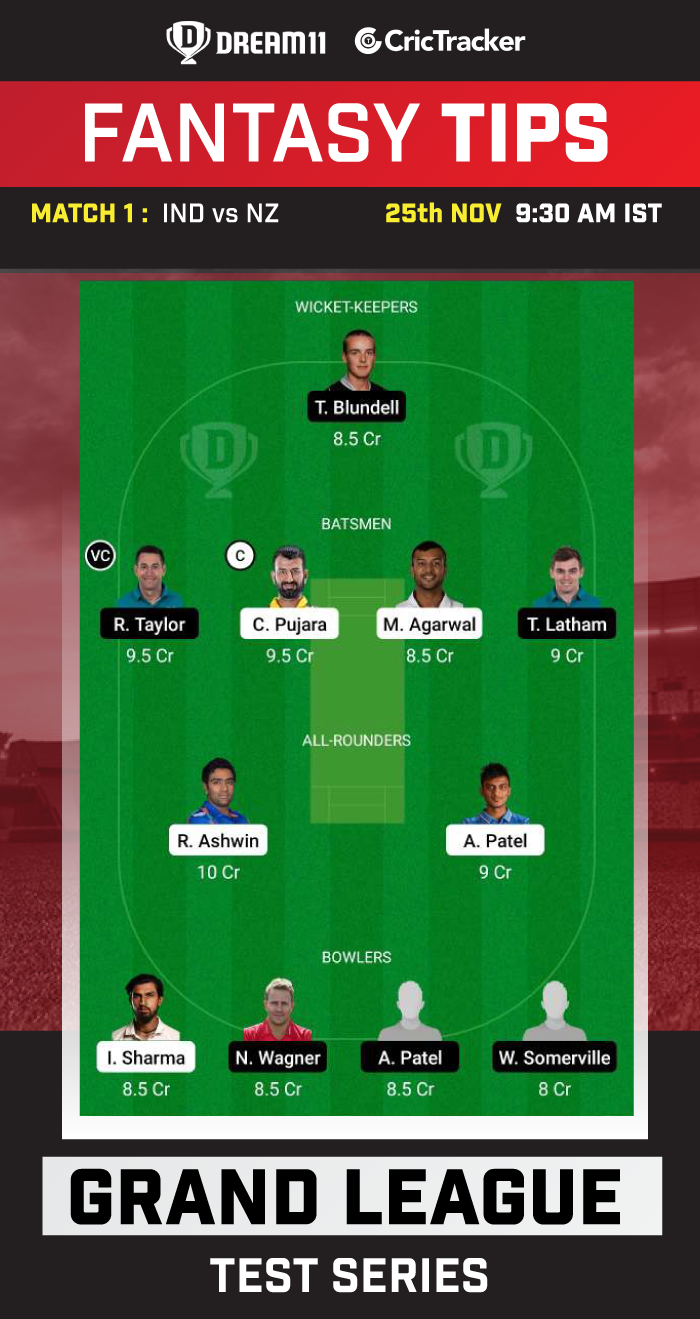 Shubman Gill is making a comeback into the India Test squad after an injury. He is a promising young kid and has got an excellent kick start to his career. You can take a risk and pick him as your fantasy team skipper.

Neil Wagner has troubled the Indian batters with short deliveries in the past. He has picked up 229 wickets in his 54 Test matches, with the best figures of 7 for 39. He is a risky captaincy pick for your fantasy teams.

Considering a lot of options in the all-rounder’s slot, it’s hard to pick Daryl Mitchell in the final eleven.